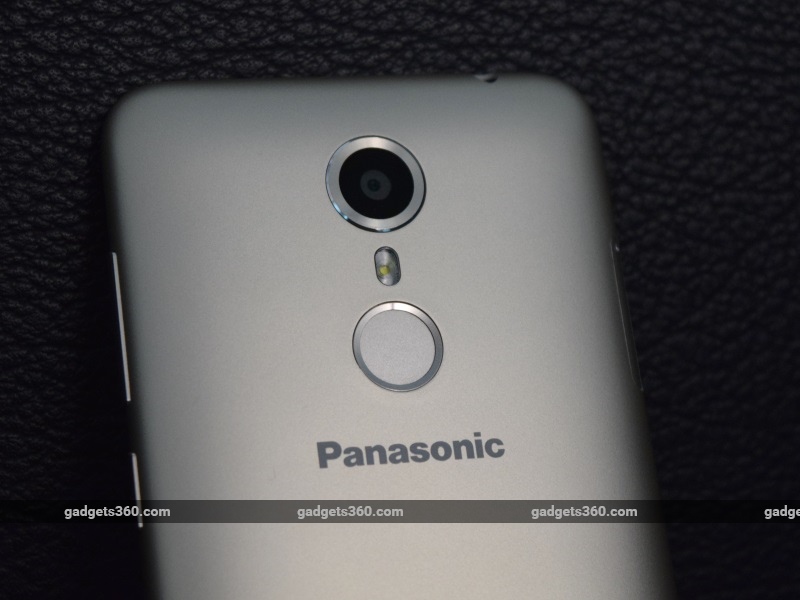 Panasonic, despite being the world’s largest electronics company, has been far behind in the smartphone business and has focused on the domestic market, Japan. In recent times, we have seen that the company has definitely tried to increase its share in the international market through the Android Market. In India, the company has introduced many handsets under its popular model Eluga.

This year itself, Panasonic launched its Eluga Arc handset for Rs 12,490. Although its specifications are entry-level smartphone, but the company has tried to give something new to the user in terms of security by giving fingerprint sensor. It looks good too. come to you Panasonic Eluga Arc Let us tell you in detail about this through the review.

look and design
The most important feature of the Eluga Arc is the design which we liked. The front glass is slightly curved at the edges. It gives a stylish look to the phone to a great extent. The phone doesn’t have a metal build, but its plastic unibody gave us a feeling of being metal. Frankly speaking, this is the best smartphone to be seen from every angle.

Its size also goes in favor of the phone. The screen of Eluga Arc is 4.7 inches. Because of this, the phone is easy to hold and grip. The power and volume buttons are on the top right. There is a micro-USB port at the bottom. The SIM tray is on the left. and IR emitter and 3.5mm socket on top.

The Panasonic Eluga Arc screen comes with an IPS LCD panel with 720×1280 pixels resolution. It is neither too bright nor too sharp. The color tone is a bit odd. If you are going to use your phone for gaming and videos then Eluga Arc is not the best option for you.

Specifications and software
Although its price is close to Rs 11,000, but you will usually find the specifications of Panasonic Eluga Arc in even cheaper phones. It uses a 1.2 GHz quad-core Qualcomm Snapdragon 410 chipset, which is two years old. But it is known for its low battery consumption. It also has 2 GB of RAM. Inbuilt storage is 16 GB (microSD card support up to 32 GB) and it is equipped with 1800 mAh battery.

The primary SIM slot of this dual SIM phone supports 4G. It has Wi-Fi b/g/n, Bluetooth 4.0, USB OTG and FM radio connectivity features. You will also get a 5 W charger in the box of the handset. This is not a capable charger out of nowhere.

The phone runs on Android 5.1 on top of which the custom interface has been used. You’ll have the standard Lollipop launcher and Fit Home to use. We liked Lollipop Launcher because we are used to using it. That doesn’t mean Panasonic’s own Fit Home interface is bad. The company has kept it very simple. The settings are very basic, meaning you won’t be able to gain much control over your phone.

The Panasonic Eluga Arc uses SwiftKey or Android keyboard. Apart from this, WPS Office is present for reading and editing documents. There are many useless apps on the phone, the good thing is that you will be able to remove most of them. Only 11 GB internal storage will be available to use. In this case you will need a microSD card. Be aware that the phone comes with a hybrid SIM slot, which means that you will not be able to use another SIM card if you increase the storage.

camera
Panasonic Eluga Arc sports an 8-megapixel primary camera and a 5-megapixel front camera. With both the cameras, users will be able to record videos of 1080 pixels resolution. You get flash with the rear camera. Let us tell you that the panorama and slow-motion video modes are not given in the default camera app of the phone. You will be able to use it for regular photos and videos. There is a Pro mode which gives you more control over the photos. We tried using a third party camera app, but the phone app either does not allow access to the camera, or it keeps on crashing.

The camera takes average quality pictures in daylight. Colors are dull and detail is also lacking. The pictures are grainy and can’t be called anything other than satisfactory. There is no detail in the pictures even in good light inside the houses. Photos appear out of focus. Noise and grain are more visible at this stage.

If nothing is said about the pictures taken in low light, it is better. According to us, this was the worst output ever in this price range. The same can be said about video output. The output of this phone is nowhere near the output of other smartphones in the Rs 10,000 range.

performance
Panasonic Eluga Arc disappointed the most in terms of performance. As long as this phone was with us, it kept on crashing again and again. This happened even in simple and less difficult tasks. We can’t say for sure that this problem is only with our review unit.

The phone runs very slow when it does not crash. Unlocking the phone, using the interface, running apps and browsing the internet, everything is slow. Based on the benchmark test results, we can say that almost all the smartphones in this price range did better than this handset from Panasonic.

Call quality is satisfactory. The sound coming from the rear speaker is a bit weak. The phone supports 4G networks and is generally connected to 4G networks. The Eluga Arc’s battery lasted for 8 hours and 9 minutes in our video loop test. In normal use it hardly lasted for the whole day.

our decision
Panasonic Eluga Arc is good looking and has good build quality too. Its size will attract many users. We can not say much more in praise of the phone. Screen, performance, software, battery life and camera, it is an average device in every department. We cannot recommend you to buy this phone at this price as there are better options available.

The biggest problem is that the phone is not reliable. It used to crash repeatedly while performing even small tasks. for less than you xiaomi redmi note 3 ,review) which is much better device.