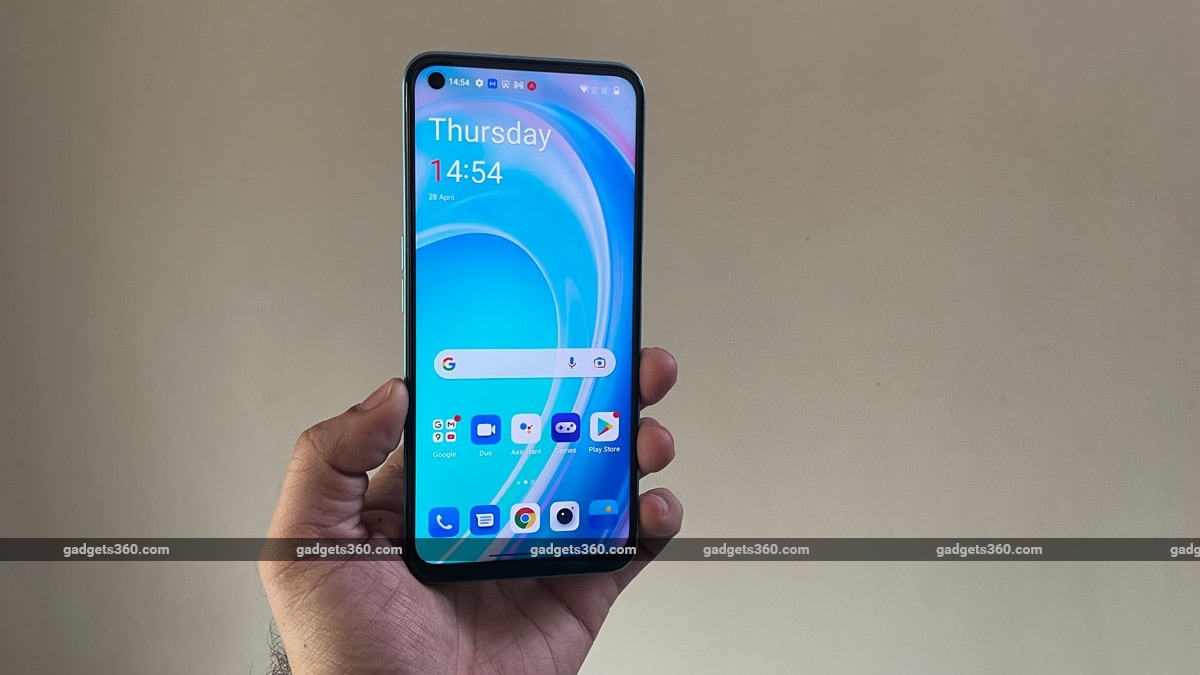 OnePlus Nord CE 2 5G was launched recently. This is a good mid range phone from OnePlus, whose price is below 25 thousand rupees. The phone has good software, better battery life and amazing performance. Overall, it will be a great choice for those who want a good all-rounder phone. We have also listed this phone in the best smartphones available under 25 thousand rupees. Now the company has launched OnePlus Nord CE 2 Lite 5G which is the lite version of OnePlus Nord CE 2 5G. Has OnePlus maintained the same balance with features or did the company lose out on launching the phone at a low price? I spent some time with the OnePlus Nord CE 2 Lite 5G and here are the first impressions about this smartphone-

The OnePlus Nord CE 2 Lite 5G Blue variant apparently looks like a Nord smartphone. This time the solid shade of blue has not been given in the phone, rather, when the phone is rotated under the light, it seems to go from sky blue to some yellow shade. A textured finish is given near the camera module.

In the short time I spent with the phone, I found that the fingerprints were not being able to easily make room on it. A clear case is also available with the phone in the box, which is useful. Apart from this, Nord sticker, SIM ejector pin, Red Cable Club membership card, 33W SuperWook charger and a signature red USB Type C cable are available in the box.

OnePlus Nord CE 2 Lite 5G has a large 6.59-inch display. It has a camera hole in the top left corner which houses a 16-megapixel selfie camera. It is an LCD panel with 120Hz maximum refresh rate and 240Hz touch sampling rate. There are thin bezels on the sides of the display but thick bezels have been given at the top and bottom.

The sides of the phone are flat, which makes it comfortable to hold. On the right side, there is a fingerprint scanner with a slight slope, whose position is quite comfortable and due to the slope, it is also easy to locate. Volume buttons, SIM tray are given in the left side of the phone. You will find only the secondary microphone at the top. While the bottom has a USB Type-C port, primary microphone, speaker and 3.5mm headphone jack.

The phone weighs 195 grams. Due to the curved side, its thickness is not known much. Triple camera has been given in the rear of the phone. The camera module feels protruding from the body and the phone looks raised when placed on a flat surface. The phone has a 64-megapixel primary camera with support for EIS. Apart from this, there is a 2-megapixel depth camera and a 2-megapixel macro camera. Unlike the Nord CE 2 5G, it does not get an ultrawide camera.

The OnePlus Nord CE 2 Lite 5G phone is based on Android 12 and runs on Oxygen OS 12.1. There are many new features to be seen in the UI. In full review, I will talk about its more details. Android security patch of March 2022 was given in my unit. OnePlus has promised two main Android updates and three years of security updates for this phone, which should give it some advantage in the competition.