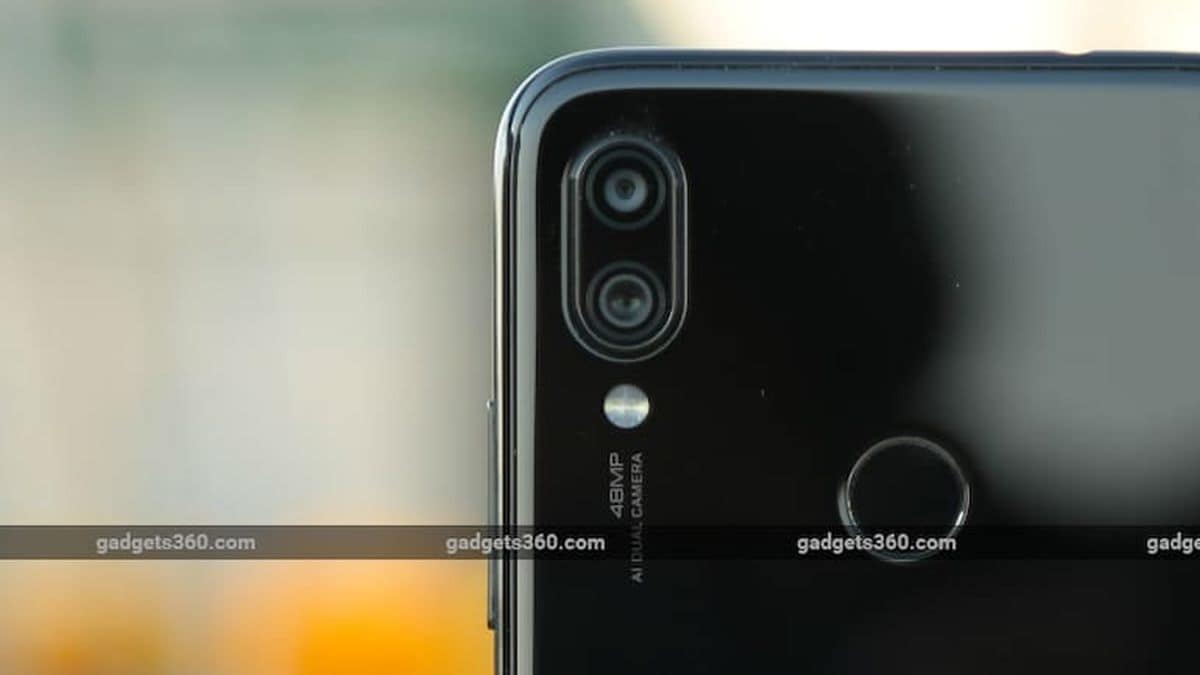 The sale of Mirror Gray variant has started on Amazon India, OnePlus Online Store, OnePlus Offline and partner stores. At the same time, the sale of Nebula Blue color variants will start on May 28. The Almond variant has been informed to be made available in June.

Talking about the specification of OnePlus 7 Pro, this dual-SIM phone runs on OxygenOS based on Android 9.0 Pie. The software now comes with features like screen recording and Zen Mode. OnePlus 7 Pro has a display with Quad-HD + resolution (1440×3120 pixels). The handset has a 6.67-inch Fluid AMOLED screen. Its aspect ratio is 19.5: 9 and pixel density is 516 ppi. There is a protection of Corning Gorilla Glass 5 on the display. Qualcomm Snapdragon 855 processor has been used in the smartphone. Adreno 640 GPU is integrated for graphics and up to 12 GB of RAM for gaming.

OnePlus 7 Pro comes with triple rear camera setup. It has 48 megapixel Sony IMX586 sensor. The primary camera is f/1.6 aperture and it is equipped with optical image stabilization and electronic image stabilization. The secondary camera is of 16 megapixels. This sensor with F / 2.4 aperture is equipped with an ultra wide angle lens. An 8-megapixel telephoto lens has been given with them. There is also a dual flash module with the rear camera setup. It supports phase detection autofocus, laser autofocus and contrast autofocus. Features like Portrait, UltraShot, Nightscape, Pro Mode, AI Scene Detection, Panorama, HDR, Studio Lightning, Time Lapse and Raw Image are also provided.

OnePlus has given a pop-up camera in the OnePlus 7 Pro. There is a 16-megapixel Sony IMX471 sensor here. On the basis of storage, there are two options of OnePlus 7 Pro – 128 GB and 256 GB UFS 3.0 2-lane storage. The company claims that this will be the first phone in the world to come with a faster storage standard. Like other OnePlus handsets, there is no support for microSD card in this too.

with oneplus 7 pro OnePlus 7 was also launched in India. The OnePlus 7 is the more affordable of the two handsets. While a 12 GB RAM variant of OnePlus 7 Pro has also been brought, the OnePlus 7 has the most 8 GB RAM. Talking about the important features of OnePlus 7, it is equipped with 48 megapixel camera sensor and Snapdragon 855 processor.

Talking about the specification of OnePlus 7, this dual-SIM (Nano) phone runs on OxygenOS based on Android 9.0 Pie. OnePlus 7 has a 6.41-inch full-HD + (1080×2340 pixels) Optic AMOLED display. The aspect ratio is 19.5: 9 and the pixel density is 402 pixels per inch. There is a protection of Corning Gorilla Glass 6 on the display. Qualcomm Snapdragon 855 processor has been used in the smartphone. Adreno 640 GPU is integrated for graphics. Up to 8 GB of RAM is available for Jugalbandi. ,

OnePlus 7 is a dual rear camera smartphone. The primary camera on the back is 48 megapixels. This is Sony IMX586 sensor. This lens with aperture f / 1.7 is equipped with electronic image stabilization and phase detection autofocus. The secondary camera is 5 megapixels and its aperture is F / 2.4. The rear camera setup will come with a dual LED flash module. Features like Portrait, UltraShot, Nightscape, Pro Mode, AI Scene Detection, Panorama, HDR, Studio Lightning, Time Lapse and Raw Image are also provided. The front camera of the phone is 16 megapixels. Here is the Sony IMX471 sensor which has also been a part of the OnePlus 7 Pro. The front camera has got a place in the notch.

There are two storage options based on the OnePlus 7 – 128GB and 256GB of UFS 3.0 2-lane storage. The company claims that this will be the first phone in the world to come with a faster storage standard. Like other OnePlus handsets, there is no support for microSD card in this too.

Xiaomi recently launched Redmi Note 7S in India. new Redmi Note 7S The smartphone will be sold from May 23 in Flipkart, Mi.com and Mi Home stores. Talking about the key features, Redmi Note 7S will have a 6.3-inch full-HD + display, octa-core Snapdragon 660 processor and 4,000 mAh battery. Apart from this, the phone also has two rear cameras. One of these sensors is 48 megapixels.

Talking about camera setup, Redmi Note 7S has two rear cameras. There is a 48-megapixel primary camera with F / 1.8 aperture with LED flash. It is accompanied by a secondary camera of 5 megapixels. A 13-megapixel front camera has been given for selfie. To bring life to the phone, a 4,000 mAh battery has been provided, which comes with Quick Charge 4 support. Connectivity includes USB Type-C port, 3.5mm audio jack, 4G VoLTE, Bluetooth and Wi-Fi support.

48 megapixel camera in india Honor View 20 was the first phone, This phone is equipped with Sony IMX586 sensor with time of flight sensor. The phone was earlier launched in China as Honor V20. In the global market, it got the name of Honor View 20.

Talking about camera setup Honor View 20 It has 48 megapixel Sony IMX586 sensor. This primary sensor is equipped with F / 1.8 aperture, 960 frames per second slow motion video recording support, autofocus, AI HDR and LED flash. Along with this, 3D Time of Flight (ToF) sensor will also work in Jugalbandi. It is responsible for capturing the depth of the image. A 25-megapixel camera with F / 2.0 aperture has been given on the front panel. This is a fixed focus sensor. Camera features like AI Photo, Night Scene, Portrait, Fun AR, Time-lapse photography and Slow-motion are part of this phone.

Xiaomi recently launched the Redmi Note 7 Pro in India. Launched at an initial price of Rs 13,999 Was. Redmi Note 7 Pro Comes with dual camera setup. It has a 48-megapixel primary sensor with F / 1.79 aperture. With this a secondary depth sensor of 5 megapixels has been given. The phone has camera features like AI Scene Detection, AI Portrait Mode and Night Mode. Apart from this, the phone has a 13-megapixel selfie sensor. With the rear camera of this phone, users will be able to record 4K videos.

It has a 6.3-inch full-HD+ screen with 19.5:9 aspect ratio and waterdrop notch. 2.5D Curved Gorilla Glass 5 has been used on the front and back panels of the phone. The Qualcomm Octa-Core Snapdragon 675 processor made of 11 nm process has been used in the smartphone. There are two options of the phone based on RAM and storage – 64 GB storage with 4 GB RAM and 128 GB storage with 6 GB RAM. The phone will run on MIUI 10 based on Android Pie. The battery of the phone is 4,000 mAh and it will support Quick Charge 4.0.

The price of 6 GB RAM and 128 GB storage model of Vivo V15 Pro has been kept at Rs 28,990. The smartphone is available in Topaz Blue and Ruby Red colours.

To challenge Redmi Note 7 Pro fired on purpose Oppo F11 Pro has a dual rear camera setup in which a sensor is 48 megapixels. Here there is a 48-megapixel primary sensor with F / 1.79 aperture. With this a secondary sensor of 5 megapixels will work. A 16-megapixel camera with F / 1.79 aperture has been given on the front panel. Talking about the design, this Oppo phone has only the screen at the front. The handset comes with a pop-up selfie camera.

Oppo F11 Pro will be sold in India for Rs 24,990. This price is for only 6 GB + 64 GB model of the phone. The phone has been introduced in Aurora Green and Thunder Black color.

At the launch event of Oppo F11 Pro, the company Oppo F11 than even raised the curtain, Whose specifications are the same as Oppo F11 Pro. But it doesn’t have a pop-up selfie camera. Oppo F11 has Waterdrop Notch. The selfie sensor is of 16 megapixels only. It will be available in double gradient color. It is equipped with 4,020 mAh battery, 4 GB RAM and 128 GB storage.

Oppo F11 will be sold in India for Rs 19,990. This phone will be available in Fluorite Purple and Marble Green colors.