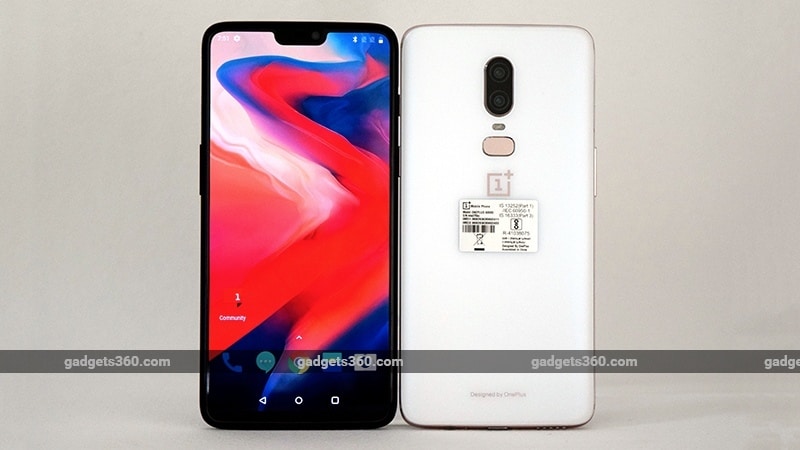 OnePlus has finally OnePlus 6 from smartphone Curtain has been lifted. For the past 6 months, the company seemed to be vigorously creating an atmosphere for the OnePlus 6. Last year, OnePlus 5 was the first phone that was equipped with Qualcomm Snapdragon 835 processor. There itself, 5T replaced it with an 18:9 screen. Now the time has come for OnePlus 6, which has come equipped with a new look, new processor and new display.

The process of change does not end here, the glass has been given in the rear of OnePlus 6. OnePlus supports wireless charging. Also, the user gets the option to choose from 3 different types of glasses. The company expects that the Midnight Black option will be very popular out of this. It has a matte texture coating feel. Everyone will want to touch it as soon as they see it. As soon as the external shine on it, the different pattern of the glass starts appearing to the user.

The second option is also black, which is named as Mirror Black. Its polished view will definitely attract the eyes. (If you decide to use the phone without the cover) This will remind you a lot of Apple’s iPhone 7 with black and jet options. The third option is Silk White. It has a rose gold frame, which is different. The texture of the rear panel is unique, which is as soft as the touch.

OnePlus has been giving more importance to online sales so far. But we recommend that you visit the offline store once before buying. Both the black options will come to India with either 64GB storage variant or 128GB storage variant. The Silk White option will be knocked out later. Corning Gorilla Glass 5 has been given on the front and back of all three.

There is a notch in the front. According to the teaser, the front of the phone is not different at all. It’s no surprise that aspects like the notch mean everything. The positive thing is that the screen is big, the borders are thin. There is a multi-colour status LED in the notch.

The AMOLED screen is bright and punchy. The app and wallpaper looked great in initial impressions but you’ll have to wait for our detailed review to know ‘how much better’ is everything. The OnePlus 6 is slim and makes for an easy-to-handle phone. However, it is difficult to reach all the sides of the phone with just the thumb.

One information can bother people using OnePlus for a long time. The company has moved the alert slider from left to right. Thankfully, the OnePlus 6 has a 3.5mm audio socket, which is placed right next to the USB-Type C port. That’s where the mono speaker buttons are, too. The dual nano SIM tray indicates that the phone does not include the option to increase storage.

The fingerprint sensor is not round, it is placed below the camera module. The rim given in the module is not strong in terms of protection. We also encountered this problem in OnePlus 5, which the company also rectified in OnePlus 5T. Then don’t know why, the company continued it in OnePlus 6.

This is the first phone made in India, which comes with Qualcomm’s top Snapdragon 845 processor. Phones with this processor cost far less than the flagships of Samsung, Huawei and Apple. The phone has a 3300 mAh battery, which comes with Dash Charge.

There is 4K support for the front camera and there is a slow motion mode of 720 pixels by 480 frames per second. We will definitely test the cameras of OnePlus 6 for stills and videos. We would be curious to know the limitations of Snapdragon 845. It is too early to say anything about the phone’s battery from now on. Wait for our detailed review to know ‘everything’ about the OnePlus 6 in detail.