New Whatsapp for Windows users, will start in 1 second 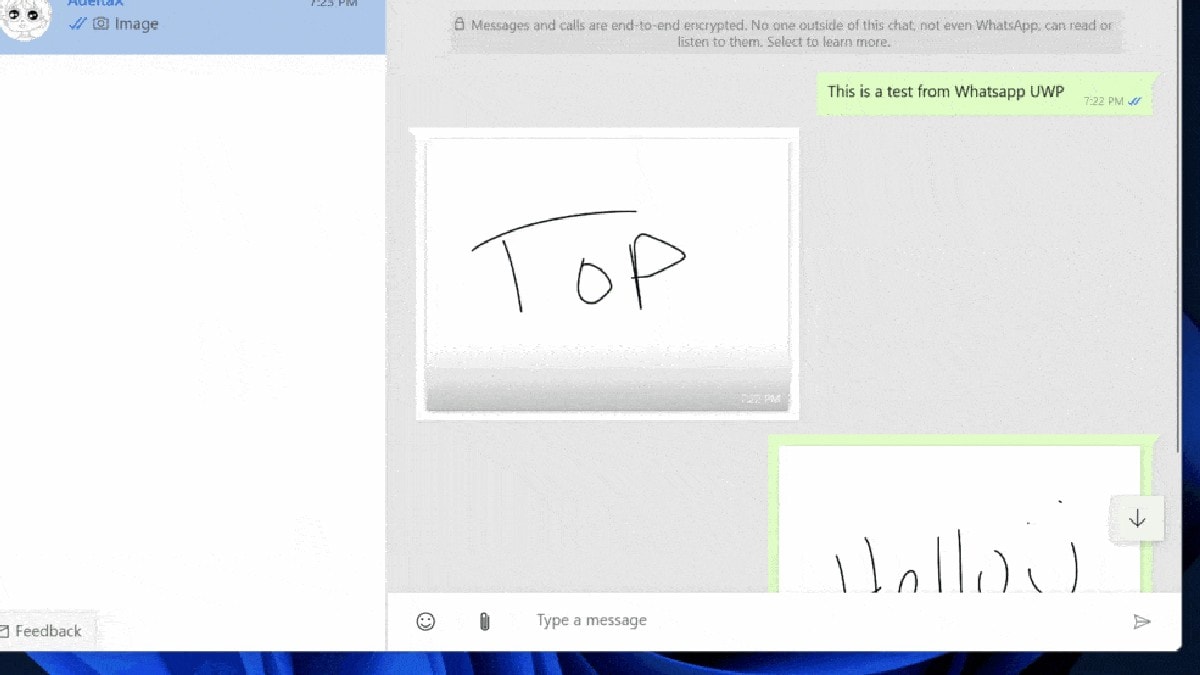 There are a lot of people who use WhatsApp on mobile as well as desktop. The WhatsApp experience for desktop users is going to change. The brand new version of this app has arrived for Windows users. It is currently a beta version, but is available for download on the Microsoft Store. Users can try it and get familiar with the new features of the desktop version of WhatsApp. The new version is not yet available for macOS users and there is no information about when it will come.

WhatsApp’s new Universal Windows App (UWP) has been completely revamped and it also integrates renewed acrylic graphic effects in its Windows 11 version. The new desktop version is going to be much faster and will only take a second to start up. Along with this, many new features will also be integrated in it, such as – drawing function. With its help, you will be able to draw anything on a dedicated panel and send it as an image. According to the report, stickers are missing in the beta version, which will be added to the final version.

It was also previously believed that the new app would be available for macOS as well. According to reports, it will be based on Mac Catalyst, which allows users to share app code between Mac and iPad. This means that future versions of WhatsApp for macOS should work on the iPad as well.

Here a question arises that if WhatsApp’s new beta version, is available for Windows users, so why not for MacOS users. There is no information yet about when the new version will come for Mac. Until the macOS version arrives, it will not be available for the iPad as well, and many Apple users are waiting for the new version of WhatsApp.

Just like its name, it can be a platform to host a large group of like-minded people or people with similar interests. Under this feature, admins will group the groups included in the community. Some tools will also be given to the admin, so that they can better manage all the groups involved in the community. However, not much is known about these tools.