Mushfiqur hits ton as Bangladesh edges ahead against Sri Lanka 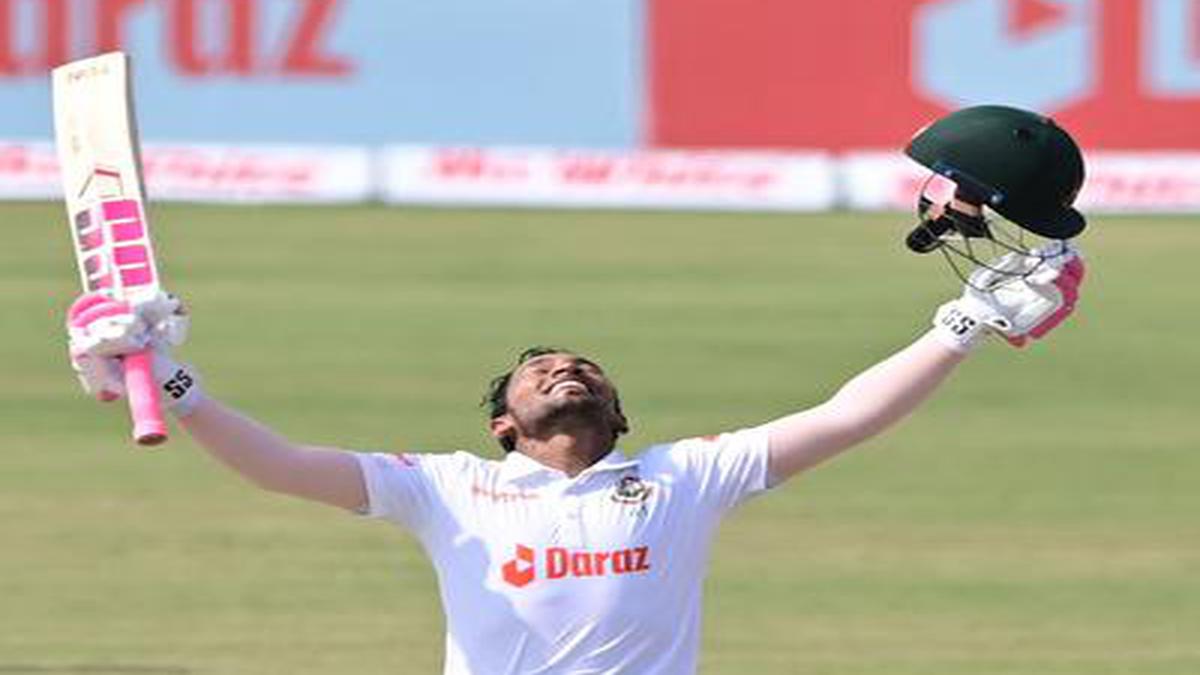 Mushfiqur Rahim hit a century on Wednesday while becoming the first Bangladesh batter to reach 5,000 Test runs, and his team then reduced Sri Lanka to 39 for 2 in its second innings on Day 4 of the series-opening Test.

Mushfiqur’s eighth century, and first since 2020, helped Bangladesh take a 68-run lead after the home side was bowled out for 465. He was finally out for 105 when trying to sweep left-arm spinner Lasith Embuldeniya. Sri Lanka, which was dismissed for 397, still needs 29 runs to erase the deficit.

After the day’s play was delayed by 30 minutes because of rain, Bangladesh, which resumed on 318 for 3, moved slowly in the morning session. Mushfiqur was 15 runs short of the 5,000-run milestone when play resumed and he hit the mark, in his 81st Test match, with two runs to fine leg off pace bowler Asitha Fernando.

Vishwa Fernando’s concussion substitute, Kasun Rajitha, struck twice in the first two balls of the post-lunch session. He first removed Das, bringing an end to the 165-run partnership between him and Mushfiqur. Iqbal, who retired hurt on 133 on Day 3, came to the crease again but played an expensive drive to be out in the first ball he faced, missing the 5,000-run landmark by 19 runs.

Mushfiqur helped Bangladesh then earn the lead and completed his eighth Test century off 270 balls, glancing Asitha Fernando for a boundary through fine-leg. It was, however, the slowest century for him in terms of facing balls. While Mushfiqur moved slowly, Shakib Al Hasan tried to pace the innings but he top-edged a delivery from Asitha to the wicketkeeper to be out on 25.

Mushfiqur followed him soon after as Bangladesh’s lead grew to 42 runs.

The Bangladeshi tailenders, however, couldn’t offer much resistance, with No. 10 batter Shoriful Islam retiring hurt.

Rajitha registered a career-best 4 for 60 and Asitha had figures of 3 for 72.