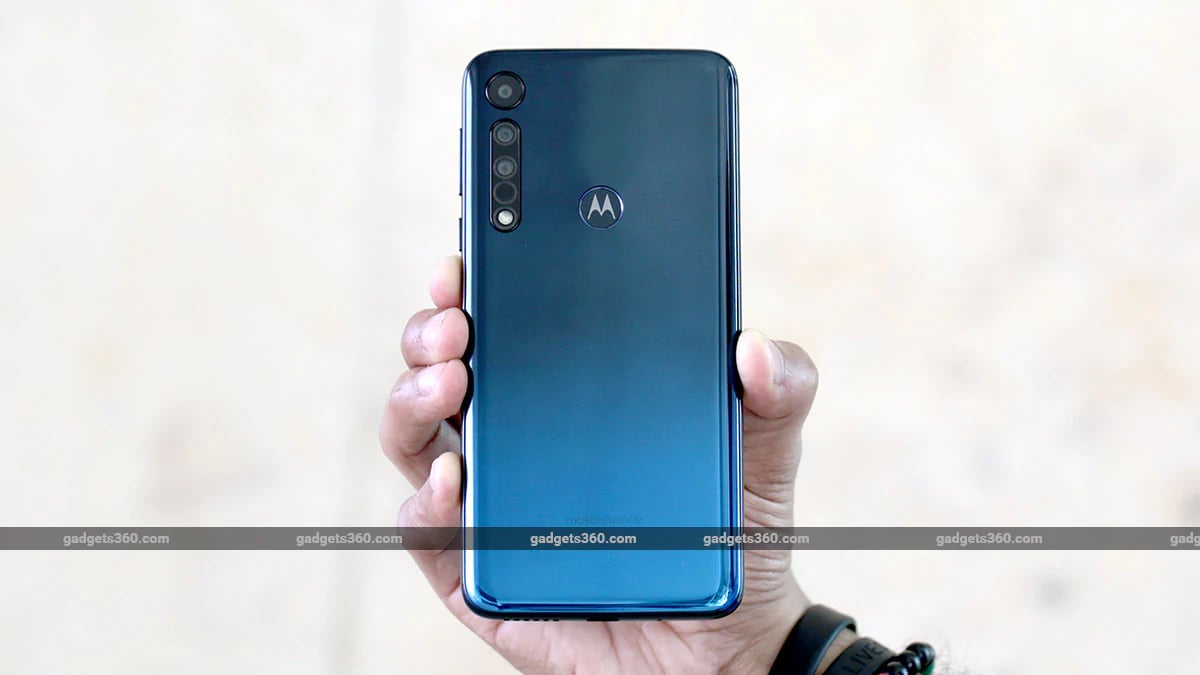 Lenovo-owned company Motorola has launched many of its new smartphones in the Indian market in the recent past. Motorola One Macro It is one of these. To recall, the Motorola One series was introduced in India earlier this year. The company first Motorola One Power ,review, Motorola One Vision ,review) and then Motorola One Action has been launched under this series.

All these other models are part of Google’s Android One program and are guaranteed to receive major Android OS updates and security updates on a regular basis. However, Motorola One Macro is not an Android One smartphone. The important feature of this smartphone in the budget of less than Rs 10,000 is the macro camera sensor given in the handset. Is Motorola One Macro a good smartphone? To know this, we have tested it, let’s know…

Design of Motorola One Macro

The Motorola One Macro has bezels all around and a border will be found at the bottom. The phone comes with Waterdrop Notch and the selfie camera has got a place in the notch. To give more space to the display, Motorola has placed the earpiece in the frame. Motorola has placed all the buttons on the right side of the phone.

There is a slightly different finish on the power button, note that there is a hybrid dual-SIM tray on the left side of the device. The Motorola One Macro has a 3.5mm headphone jack and secondary microphone at the top and the primary microphone, USB Type-C port and speaker at the bottom of the phone. Three rear cameras have been given in the back of Motorola One Macro.

A sensor is placed at the top, let us tell you that this is a macro sensor and this is the specialty of the phone. Other camera sensors along with the laser autofocus emitter are placed in the camera module at the bottom. There will also be a fingerprint sensor in the back of the phone, which is placed correctly. The sensor has got a place in Motorola’s iconic Batwing logo given on the back panel.

The back panel of this Motorola brand phone is made of glossy plastic, fingerprints fall easily on it. The company has also given a case in the retail box to avoid this problem. we found that Samsung Galaxy M30s ,reviewThe Motorola One Macro felt a bit heavy compared to ). Motorola has given a 10W charger in the retail box.

Motorola One Macro specifications and software

Motorola has given an HD + display in the One Macro but the thing to note is that most of the smartphones found around this price segment come with full-HD + display. This panel offers 270 pixels per inch which is not ideal. In Motorola One Macro, the company has used the octa-core MediaTek Helio P70 processor.

A 4,000 mAh battery has been given to bring life to the smartphone. The Motorola One Macro is claimed to have a water repellent design. It has got IPX2 rating. The handset comes with dual 4G VoLTE, Bluetooth 4.2 and 6 navigation system support. Talking about the software, the smartphone runs on stock Android 9 Pie with September security patch.

UI is same as stock Android with custom icon pack. You get the app drawer in the handset and swiping right from the home screen opens the Google Assistant. The device has only a few Google apps installed along with Moto and Device Help app.

Motorola has also changed gesture navigation and you will get Android 10 style navigation. We did not face any problem while navigating and multitasking in the device. Android Pie’s Digital Wellbeing feature and parental controls are also built-in.

we first realme 3 ,reviewDuring testing, the MediaTek Helio P70 processor was tested. The device has 4GB of RAM so we didn’t feel that the phone slowed down at all. The phone manages smoothly while multitasking between multiple apps. Fingerprint sensor and face unlock feature unlocks the phone faster.

The viewing angle of Motorola One Macro is good. We played PUBG Mobile on Motorola One Macro, with the game preset medium by default and graphics balanced and frame rate set to medium. We didn’t have any problems while gaming at these settings. After playing for 15 minutes, 4 percent battery was consumed and the phone got slightly warm.

Motorola One Macro is capable of running the game even at higher frame rates but we found the phone a bit warm on the back panel. To bring life to the Motorola One Macro, a battery of 4,000 mAh has been given. In our HD video loop test, the smartphone lasted for 17 hours and 30 minutes.

The WhatsApp account was active during use, using Google Maps for navigation and playing PUBG Mobile for over an hour, even after that the phone supported the whole day. The charger included with the handset can charge the phone up to 28 percent in 30 minutes and up to 51 percent in an hour. It takes more than two hours for the device to be fully charged.

Motorola One Macro has an 8-megapixel front camera with f/2.2 aperture. The camera app is well designed. Swiping right from the viewfinder reveals all other shooting modes. Apart from Portrait, Panorama, Slow Motion and Timelapse, there are also Cutout, Spot Colour, Cinemagraph and Macro modes. We found these modes very interesting.

Photos taken with the Motorola One Macro were average, and detail was lacking when zooming in on a larger screen of distant objects. The phone focused fast during the day and HDR was automatically enabled and it helped in capturing bright scenes accurately. The camera UI suggests that if we are too close to a subject we should switch to the macro camera.

The macro camera only captures shots of 2 megapixel resolution. It is worth noting that the macro shots captured more detail than the shots taken with the primary camera sensor. Motorola One Macro offers an option to set the level of blur before taking a shot in portrait mode. The details are acceptable considering the price.

Low-light camera performance was below average and the phone took a little longer to capture each shot. There was a lack of sharpness in landscape shots and grain was also visible. The smartphone keeps the noise under control in most situations. Selfies taken from the handset were good, the detail in the selfie taken in low-light was average.

Once again we found that the camera performance of this phone was a bit weak compared to other handsets coming in this price segment. The primary and selfie cameras are capable of recording video at 1080 resolution. The smartphone can also record video using the macro camera.

Motorola has named this smartphone as One Macro so that the macro camera given in the handset can be highlighted, so let’s talk about this first. The macro camera gives good close-up shots. The smartphone comes with clean stock Android, powerful MediaTek Helio P70 processor, RAM and storage.

We want the One Macro to be part of Google’s Android One program as well, which guarantees the handset will continue to receive better software and security updates. The phone’s camera performance in low-light needs some improvement. Apart from this, we do not have any complaint with the phone. The point to note is that realme 5 It is also a good option and this handset also comes with a macro lens and wide-angle camera sensor. Also Xiaomi Redmi Note 7S ,review) is also an option, let us know that this handset of Xiaomi comes with full-HD + display.