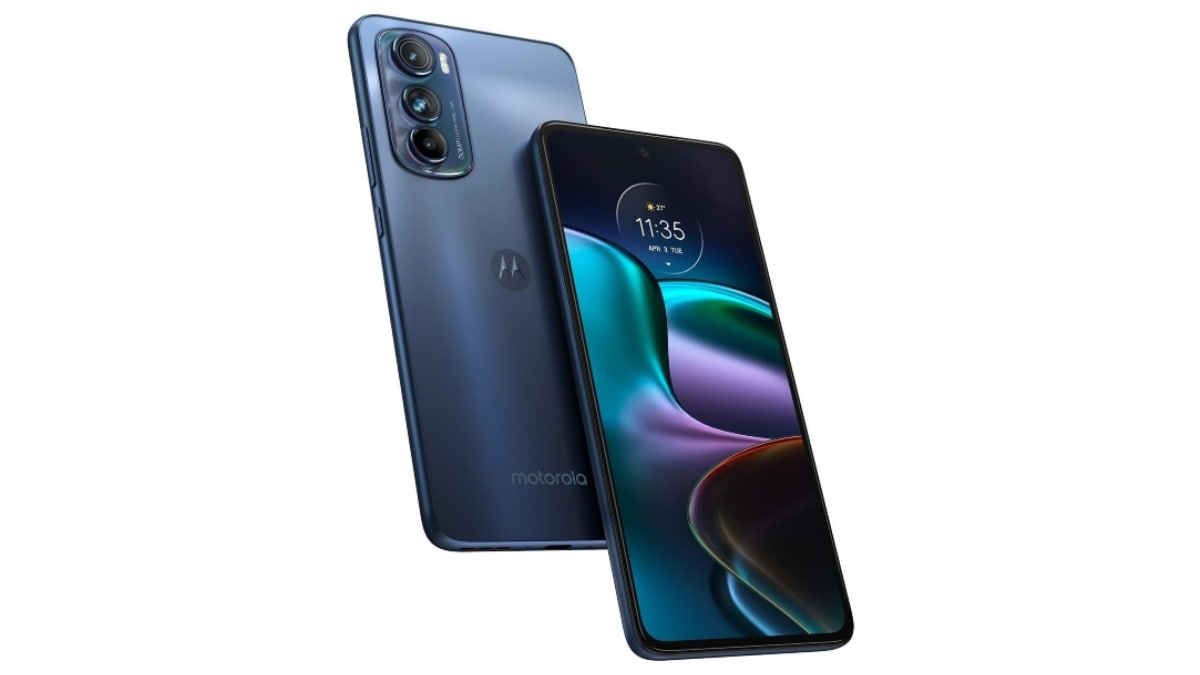 Motorola Edge 30 could become official in the coming weeks after the recent launch of the Edge 30 Pro. As Motorola has kept the cards closed to its chest regarding this upcoming handset, speculations have been rife with alleged specs and leaked images of the base Edge 30. Now, a new report has suggested full specifications and European pricing of this handset. It also includes alleged high-resolution renders of the Motorola Edge 30. The phone supposedly sports a hole-punch camera cutout in the front and a triple rear camera setup.

The Motorola Edge 30 is said to feature the previously tipped 6.55-inch pOLED display with a full-HD+ (2,400×1,080 pixels) resolution. According to recently leaked live images from tipster Nils Ahrensmeier @NilsAhrDE, this smartphone could give users the option to choose between a refresh rate of 60Hz or 144Hz. It could be powered by a Snapdragon 778G Plus 5G SoC.

In terms of cameras, this handset is expected to have a triple rear camera similar to the Motorola Edge 30 Pro, which might feature a 50-megapixel primary sensor with optical image stabilisation (OIS), a 50-megapixel wide-angle lens, and a 2-megapixel lens. In the front, it could feature a 32-megapixel selfie camera.

It is believed to house a 4,020mAh battery with support for 33W Turbo Power charging technology. The smartphone is expected to pack security features like face unlock and an under-display fingerprint sensor. It is expected to run on the latest stock Android 12 OS. The handset is supposed to be 159x74x6.7 mm in dimensions and weigh 155g.