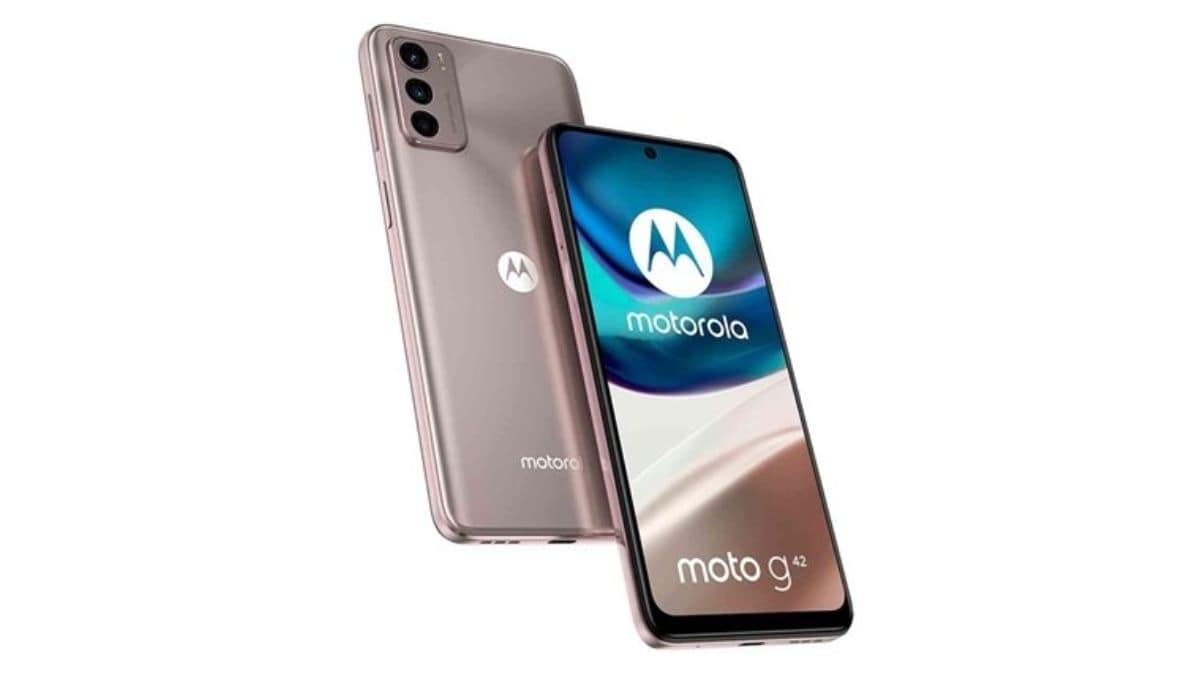 Moto G42 renders have been leaked on Twitter and tipping that the rumoured smartphone will come with a triple rear camera setup. The phone has also been spotted on the Wi-Fi Alliance database with the model number XT2233-2. The new Motorola phone is expected to with Android 12 out of the box and said to support dual-band Wi-Fi connectivity. The phone has also been codenamed on the Lenovo Hong Kong website as HawaiiPlusOLED22, indicating that it might come with an OLED touchscreen display.

Moto G42 renders were leaked on Twitter by tipster Abhishek Yadav. As seen in the renders, the phone is expected to sport a triple rear camera setup with flash and a hole-punch camera on the front. The renders also suggest side-mounted volume and power buttons, and a speaker grill and microphone hole on either side of the USB Type-C charging port at the bottom.

The Motorola smartphone was also seen listed on the Wi-Fi Alliance database with the certification ID WFA119264. The model number listed on the website is XT2233-2 for the smartphone. The smartphone, as listed, is expected to come with Android 12 out of the box and will feature two, 2.4GHz and 5 GHz, frequency bands, which suggests support for dual-band Wi-Fi. The phone was last certified by the organisation on April 12.

The smartphone has also been codenamed on Lenovo’s Hong Kong website as HawaiiPlusOLED22. The codename suggests that the smartphone is likely to get an OLED touchscreen display. Motorola is yet to officially confirm and share details regarding the availability and pricing of the smartphone in global markets.

According to a recent report, another Moto G series handset, the Moto G52j 5G was spotted on Geekbench, Camera FV-5, and Wi-Fi Alliance websites. The smartphone is rumoured to get Snapdragon 695 SoC and run Android 11 out-of-the-box.