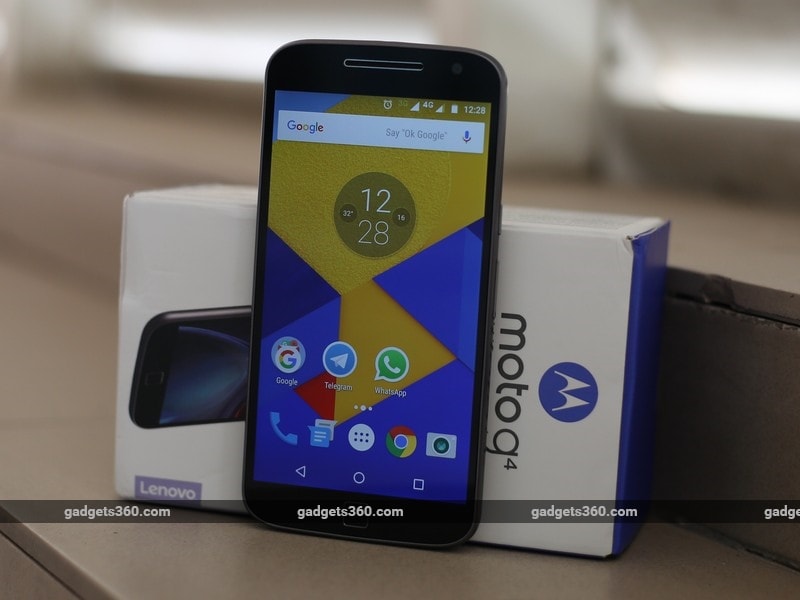 It is no secret that Motorola’s Moto series smartphones are very much liked in India. Massive sales of Moto G and Moto E series smartphones Motorola (Moto by Lenovo) has strengthened the hold of Motorola in the Indian market. The Moto G series has become the most popular among all the smartphones of the Moto brand. In our view, the Moto G smartphones have always been a good balance phone in terms of features and price.

After Lenovo’s acquisition of Motorola Moto G’s 4th generation smartphones Lenovo is branded in The classic Motorola logo can still be seen on the handset but it is clear that Lenovo wants to introduce Moto as its sub-brand. Notably, the company plans to replace its Vibe series with Moto smartphones.

Moto G (Gen 3) ,review) And Moto G (Turbo Edition) ,review) The smartphones were very successful but we had complaints about the camera performance in these phones. But Motorola has faced this problem in all its smartphones. moto g4 plus smartphone, moto g4 It is a phone with a slightly better specification, in which better features have been given in the form of camera and software. Today we will review this new smartphone of Moto G4 Plus and see how this smartphone of Moto is.

look and design
Motorola’s familiar design can also be seen in the G4 Plus. While it is not quite the same, it can definitely be identified as a Moto product. The rubber rear cover along with the circular metal frame gives the phone a good grip. This phone is slightly larger than the previous Moto G smartphone, due to the 5.5-inch full-HD TFT screen given in it. The smartphone can be operated very smoothly even in sunlight and great colors can be seen in the display. Corning Gorilla Glass has been given for protection. The G4 Plus is quite thin and measures 7.9mm thick. But the phone does not feel heavy when held in hand.

The Moto G4 Plus does not feature the trademark grille that is given in the Moto G smartphone. But fingerprint sensor has been given place in this new smartphone of Moto. It does not work as a physical button but only on touch. The fingerprint sensor can detect fingerprints from any angle and apart from the occasional misidentification, it works very well.

All the buttons are well placed in the phone, so that they are easily accessible to the user. The headphone socket is on the top while the micro-USB port is placed at the bottom.

This phone has a flat rear instead of the curved design of the rear given in the previous smartphone of the Moto G model. The phone sports a 16-megapixel camera with dual-tone LED flash and laser autofocus system, which can be called a good upgrade.

A non-removable 3000 mAh battery can be seen in the phone when the rear panel is removed. On the other hand, microSD card (132 GB support) and two micro-SIM slots have been given on the edge. The Moto G4 Plus comes with a nano-to-micro SIM card adapter. But this phone does not have IP67 certification (water resistant) like the previous variant.

A TurboPower charger (25W) and a headset are available in the retail box of the phone. But the wall charger is not a modular one so you will need a separate USB cable to transfer the data. The quality of the headset is a bit poor and it didn’t fit well in our ears.

Specifications and features
The Moto G4 Plus is powered by Qualcomm’s Snapdragon 617 processor, which runs on a 1.5 GHz octa-core chip. use the same processor HTC One A9 ,review) was also done. This phone will get the option of 3 GB RAM and 32 GB storage and 2 GB RAM and 16 GB storage. At the same time, options like 4G LTE (Category 4), Bluetooth 4.11 Low Energy, Dual Band Wi-Fi B / G / N, GPS, GLONASS, USB-OTG and FM radio have been given for connectivity. You will not get the feature of NFC in this phone.

Like all Moto smartphones, the G4 Plus runs the near-stock version of Android, but this time Android Marshmallow 6.0.

There is an LED on the right side of the fingerprint sensor on the Moto G4 Plus but we noticed that it works quite well while charging. Apart from this, other motion-based gestures work smoothly. The phone doesn’t have a lot of pre-loaded apps, but the file manager and Google’s standard apps are provided.

performance
The Moto G4 Plus is a good performer with hardly anything to make it a bad one. In the phone, the user gets 1.2 GB RAM for use. We did not see any problem in this phone during animation and app switching. The phone heats up while playing games or data-GPS on but not so much that it cannot be used. You may experience slight issues with the camera app while the phone is heating up, which may also be due to the system controlling the CPU speed to avoid overheating. We got good benchmark figures of the phone.

The Gallery app has been replaced by Google’s Photos app, which we didn’t like but it works. Full-HD videos are played easily in the phone. Photos can be edited and videos can be trimmed in the Photos app. Play Music app is provided for music but does not support FLAC files. Equalizers are also provided for wired headphones and speakers. There is good sound from a single speaker for general media playback and alerts in the earpiece.

One of the biggest highlights of the G4 Plus is the camera of the G4 Plus. The 16-megapixel rear camera comes with aperture F / 2.0, phase detection autofocus (PDAF). The laser autofocus system has been given in the phone to capture the object quickly. Tap-to-focus to focus the subject and a slider to adjust exposure. Long tap on the subject locks the focus which helps a lot. Apart from this, slow-motion video, panorama and a professional mode are available in the camera app. The camera app is quite handy when you can adjust focus, white balance, shutter speed, ISO and exposure in low light.

In daylight, landscape and macro photos get better quality pictures than before. The detailing is quite good and the camera can take good color pictures. We would recommend keeping HDR set to Auto as it helps in making the photos look great. At the same time, pictures taken indoors look fine, but on zooming, the detailing and colors seem scattered. Video recording of up to 1080 pixels can be made and pictures are good in daylight and low light. In good light, good detail selfies can be taken with the front camera. Apart from this, barcodes and QRcodes can be read directly from the camera app itself.

battery life
In the video loop test of the Moto G4 Plus battery, the battery sided with us for 12 hours and 4 minutes, which is pretty good. On the other hand, with both the SIM cards in normal use, we were able to run this Moto smartphone for about one and a half days with full charge. The phone supports TurboPower or Fast Charging, which charges the battery quickly.

our decision
The new Moto G series smartphone Moto G4 Plus can be said to be a welcome option that comes with performance and feature upgrades. The processor has been given in the phone according to the need, so that Android works smoothly. A good fingerprint sensor, good camera and great battery life make the phone great. Moto G4 Plus is a very good option in this price range.

The competition has been tough but in our view, the Moto G4 Plus has everything that makes it stand out for itself. Its most important feature is the timely release of Android updates. The G4 Plus could have been better if it had been given water and dust protection feature like the previous smartphone. At the same time, the poor performance of the camera in low light could also be improved.

If you are looking for a phone that comes with great features at a low price, then the Moto G4 Plus is definitely a good option.