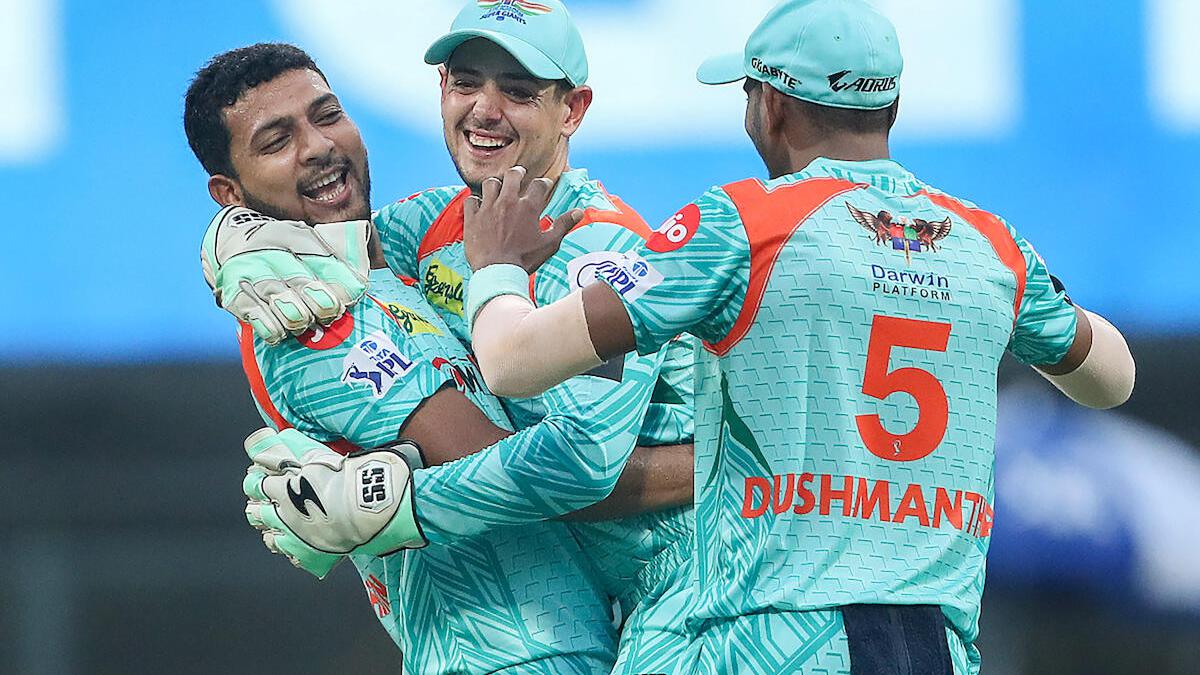 Mohsin Khan is not a one-trick pony. Although classified as a medium-pacer, the 23-year-old from Sambhal in Uttar Pradesh can crank it up to the late 140s. Just the other night, the delivery which saw the back of the dangerous Rishabh Pant was clocked at 145kmph.

Even Lucknow Super Giants skipper KL Rahul confessed that he doesn’t enjoy facing Mohsin during the training sessions. “He’s been brilliant. I played him in the nets for the first time a month ago… Didn’t want to face him. He was sharp and scary at times,” he said during the presentation ceremony after the six-run win over the Delhi Capitals on Sunday.

Rahul would also tell you that it is not always the sheer pace, the variations, or the left-armer’s angle which aids Mohsin. It also involves shrewd cricketing acumen.

From setting Pant up with a barrage of short balls before pushing the length fuller to do him in, to flummoxing an unsuspecting Liam Livingstone of the Punjab Kings with a slower ball, Mohsin has been ticking all the right boxes.

After warming the bench for three seasons with the Mumbai Indians, he has now made the most of the opportunities made available to him at his new home.

Mohsin, who played his only first-class match in 2020 and made his List A and T20 debuts in 2018, has picked eight wickets from four matches in the ongoing edition of the Indian Premier League. His economy rate is a miserly 6.07, with his strike rate and bowling average being 10.50 and 10.63 respectively.

He has shown he can be handy with the bat as well, scoring an unbeaten six-ball 13 against the Kings. While he got off the mark with a 91m six, he also played a drive through cover off the last ball of the innings to take his side past 150 (153/8).

Mohsin seemed chuffed when he stepped onto the dais to receive his very first IPL Player of the Match award for his four-wicket haul against the Capitals. “I am so happy today. My mom and dad would be seeing this on TV,” he said.