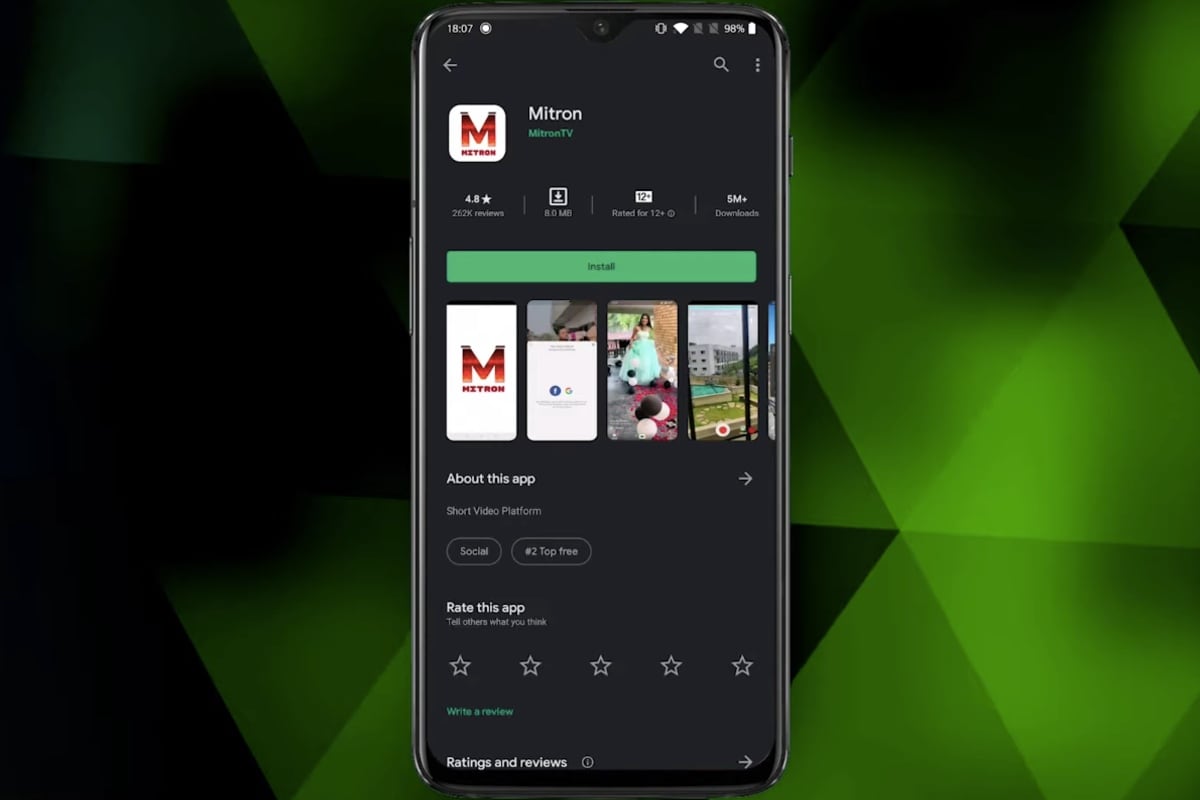 Mitron App, which shot to fame as the Indian version of TikTok, was suddenly removed from Google Play by Google. But now there is news that this app can again hit the entry on Google Play. Actually, Google has given some advice to the developers of the Friends app to fix the problems that violate the technical policy. Let us tell you, before being removed by Google, this app had gained a lot of popularity on Google Play in less than a month, which you can guess from the fact that this app has been liked by 50 lakh people. Downloaded on smartphone. Just like the Mitron app, Google recently removed the “Remove China Apps” app from the Play Store, which helps you delete Chinese apps from your Android device.

Without naming the Mitron App, Sameer Samat, Vice President, Android and Google Play, posted on his blog. Post Informed that his team is working closely with developers to fix issues and resubmit their app to Google Play.

“We have given the developers guidelines to fix the issues once. After that the app can be back on Google Play,” Samat said in the blog post.

Let us tell you, friends app has recently been downloaded from Google Play. Remove was given. Google removed it from its platform for violating the ‘Spam and Minimum Functionality’ policy. Google policy According to this, copying content from other apps without any original changes is a violation of Google’s rules. The policy states that such apps are permitted, which provide users with an experience similar to the apps already on Google Play. The app should provide a better experience to the users through its unique content and services.

It is also important to mention that the Friends app is exactly like TikTok in use. However, the reason why it has gained so much popularity in such a short span of time is that you get exactly the same experience on this app, which used to be on Tiktok. Tiktok had come under the target of people due to many controversies, due to which people started uninstalling it by giving low ratings.

Initial reports said that the Mitron app is the Indian version of Tiktok, but later Neat It happened that this is the app source code purchased from Pakistani software developer company Qboxus.

No ease for the makers of Remove China Apps?

After Mitron App, Remove China Apps from Google Play on Wednesday Remove was given. This is because of the violation of the Deceptive Behavior rules i.e. deceptive behavior rule. According to Google, an app cannot encourage users to remove third party apps, due to which the app has been suspended. Remove China Apps was designed to allow users to uninstall China-made apps from their Android smartphones.

It appears that ‘Remove China Apps’ will not find a place on the Google Play platform again. Samat clarified in his blog post that when an app targets another app, it is against their community and customers.