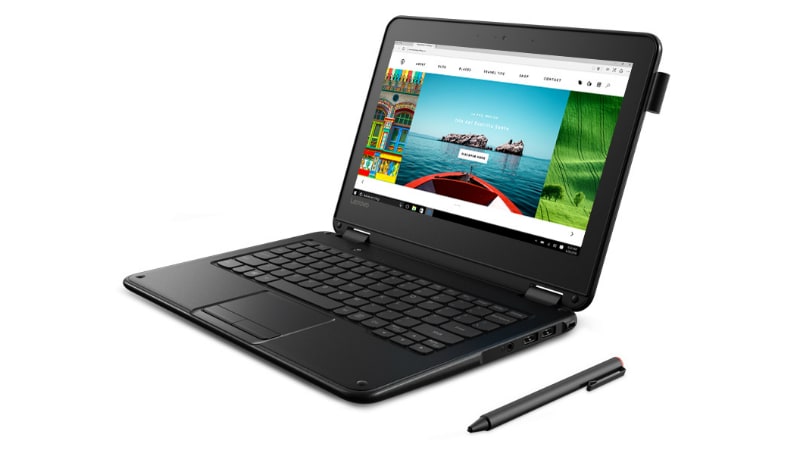 Microsoft on Monday launched four new Windows 10 laptops. These laptops are specially designed keeping in mind the students. The company also plans to offer teachers free access to Office 365 Education in a total of 146 countries internationally.

new laptop
Microsoft has Four new laptops have been introduced. Two of these are developed by Lenovo and two by Jaypee.

Launched with the intention of providing budget laptops to students, the price of Lenovo 100e starts at $189 (approximately Rs. 12,100). It is powered by Intel Celeron Apollo Lake Processor and 2GB LPDDR4 RAM. It has an 11.6-inch HD (1366×768 pixels) antiglare display. The laptop is claimed to offer up to 10 hours of battery life and weighs 1.22 kg.

Lenovo 300e two-in-one convertible PC has been introduced under the Microsoft Education Series. The laptop has an Intel Pentium processor and 4GB LPDDR4 RAM and 16GB eMMC storage. The laptop flaunts an 11.6-inch HD (1366×768 pixels) multitouch display with Active Pen support. Up to 8 hours of battery life has been claimed from the laptop. The price of Lenovo 300e starts from $ 279 (about Rs 17,800).

Apart from this, there are two more laptops in the Microsoft education range, which have been launched by Jaypee. The Classmate Leap T303 laptop comes with Hello support and its price starts from $ 199 (approximately Rs. 12,700). While the price of Trigono V401 two-in-one laptop starts at $299 (about Rs 19,100). This laptop comes with pen and touch support.

Office 365 Education
Microsoft also announced that the company will provide free access to Office 365 education to school teachers in 146 countries. In addition, Microsoft Office will be rolling out new updates specifically for education. These include Microsoft Learning Tool, which will further improve the writing-reading comprehension of students.