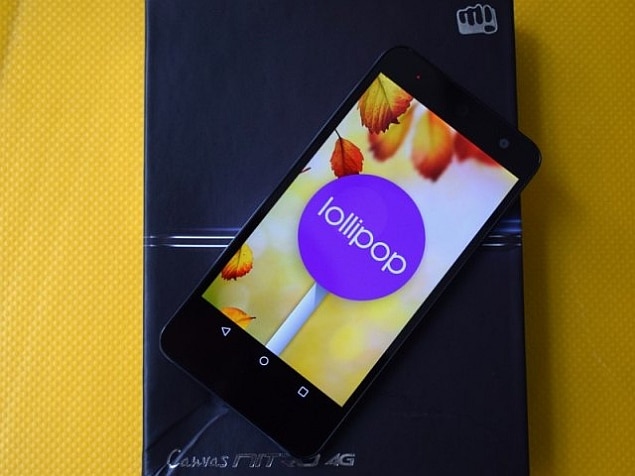 Talking about the mid-range smartphone segment, the user has many options in today’s date. Micromax has also been making repeated presence in this segment through its handsets. Micromax Canvas Nitro 4G The company is the fourth handset of the Kenitro series and it has been given the title of budget 4G smartphone. On paper, Micromax’s new smartphone looks very interesting and will compete with Lava Iris X5 4G It seems to be happening.

In the last few days, Micromax has launched several handsets in the market and tried to brand them according to the needs of the user. Has Micromax finally developed the budget 4G phone that everyone will love? Let’s know.

look and design
Canvas Nitro 4G is a good looking handset. The design is very simple, but not boring at all. Micromax has designed the handset keeping in mind the daily use. Its body is plastic but it does not look cheap from anywhere. The volume rocker and power button are on the right side of the phone. These buttons have a slight bulge which we did not like. We believe that users will get used to them while using it. The headphone socket is on the top of the device and the speaker grille and micro-USB port are at the bottom.

The backcover can be removed. In this, the unique sandstone texture of OnePlus One has been used. Due to this, the handset becomes easy to grip and it does not slip. Well, fitting the backcover into the device is a bit tricky. There is nothing at the rear except a 13-megapixel camera and dual-LED flash.

The 5-inch HD IPS display comes with Corning’s Gorilla Glass 3 protection. Brightness level is good and sunlight legibility is also decent. However, the color reproduction is not accurate. Viewing angles are better due to the IPS panel.

With the Micromax Canvas Nitro 4G smartphone, you will also get a charger, data cable, earphones and a screen guard.

Specifications and software
The phone has 1.4 GHz Qualcomm Snapdragon 415 chipset. The Adreno 405 GPU works to bring life to the graphics. It is accompanied by 2 GB of RAM and 16 GB of inbuilt storage. Apart from microSD card support, other features like Wi-Fi b/g/n, Bluetooth 4.0, FM radio and USB OTG are also available. Canvas Nitro 4G will be powered by 2500 mAh battery.

Micromax has decided to use the stock version of Android Lollipop 5.0. It will be liked by those who want to experience the original Android operating system.

performance
There was no problem playing games and using apps on the phone. The speed of the device is good due to the Snapdragon 415 processor and there is no problem in multi-tasking with the help of 2 GB RAM. The interface is very smooth and the animations never slow down the handset. The good thing is that both the SIM slots of the Canvas Nitro 4G support the LTE bands used in India. We realized that this handset got hot during regular use as compared to other handsets running on the octa-core MediaTek chipset. However, this shortcoming does not reach the level of intimidation.

The video player played our 1080p resolution test video smoothly. The sound coming from the loudspeaker is very clear and its level is also good. The earpiece that comes with the handset pleasantly surprised us with its performance.

The device got decent scores in the benchmark tests. We did not face any problem while playing games like Rayman: Jungle Run and Angry Birds.

The 13-megapixel rear camera takes good landscape pictures. Macro shots look good on the phone’s display, but on zooming it is revealed that the areas that were not in focus are very grainy and blurry. Video recording output was also good.

The front camera of 5 megapixels gives good performance in terms of selfie. With this you also get the option of many scene modes. The dual-LED flash units work perfectly in low light. Overall, the camera app is well designed and works fine, but the lack of detail and average quality in close-up shots disappointed us.

The 2500 mAh battery lasted for 8 hours 42 on the video loop test. Considering the screen resolution of 720 pixels, it is a bit low. The battery of the phone lasted for about a day during normal use.

our decision
Micromax Nitro 4G priced at Rs.10,750 is overall a good product. The design, built quality, stock Android Lollipop, bright display with Gorilla Glass 3 protection and LTE support on both the SIMs make this device worth buying. On the other hand, the camera quality is not good and the battery life disappoints. At the moment, it is also not clear whether the Android 5.0.2 operating system present in the Canvas Nitro 4G will be upgraded or not. Micromax is generally known to use the new Android version in its latest smartphones.

We would suggest investing a little more money Motorola Moto G (Gen 3) Buy one that is waterproof and will update from time to time, or Xiaomi Mi 4i But money can also be invested in which more powerful processor is present and better screen also.