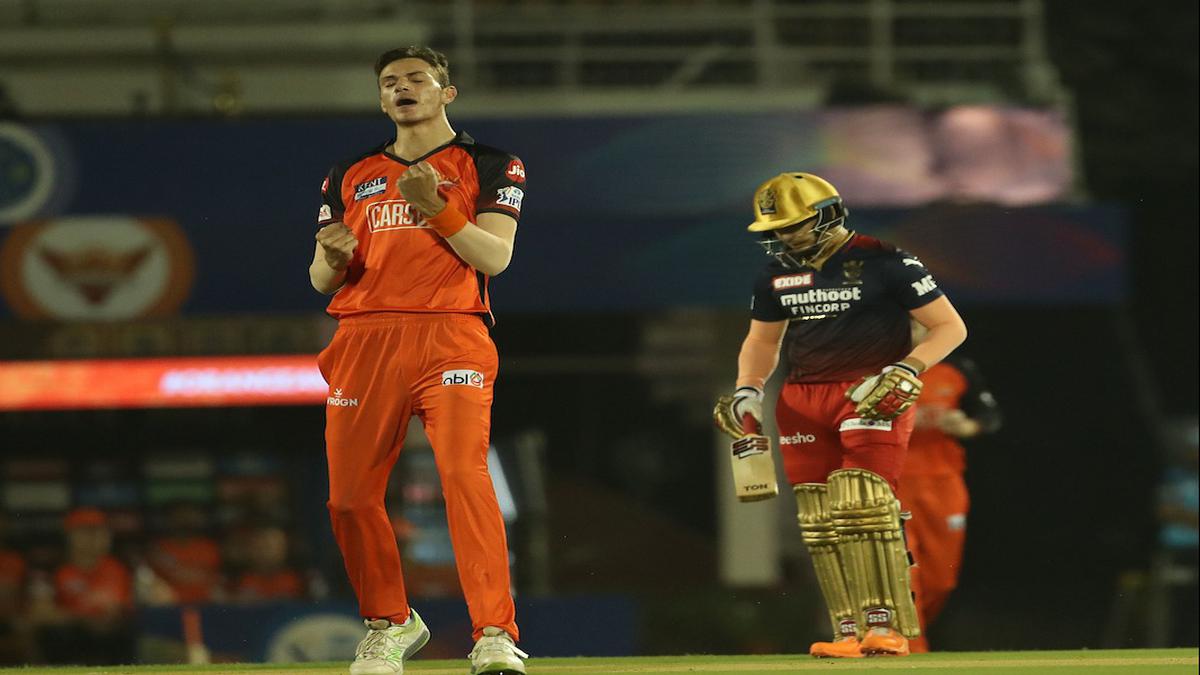 He observed. “It was a superb first over. He took two top wickets [Faf du Plessis and Virat Kohli] in the first over and opened the game up for us in the Powerplay. It was the difference in the game.”

The Sunrisers coach said, “If you are swinging the ball to du Plessis or Kohli or anyone else, you are going to pose a challenge to them in the early overs.”

Moody said, “Marco [Jansen] was bowling fuller because the ball was swinging. He wanted to pitch the ball up and take advantage of the movement early on which he did. Being a bit taller, he is going to get more bounce. So he can afford to be a yard fuller because he does get that bounce.”

‘One of the best’

Queried about another left-arm seamer, T. Natarajan’s return to form, Moody said the paceman was fit this season. “Last season, he had niggles. He’s worked extremely hard on his fitness.”

Moody added, “He understands his specific role in the side very clearly. He is one of the best at bowling those tough overs at the back end of the Powerplay or the back end of an innings when they are coming after you and you are under pressure as a bowler. He’s got the skill set to manage that.”