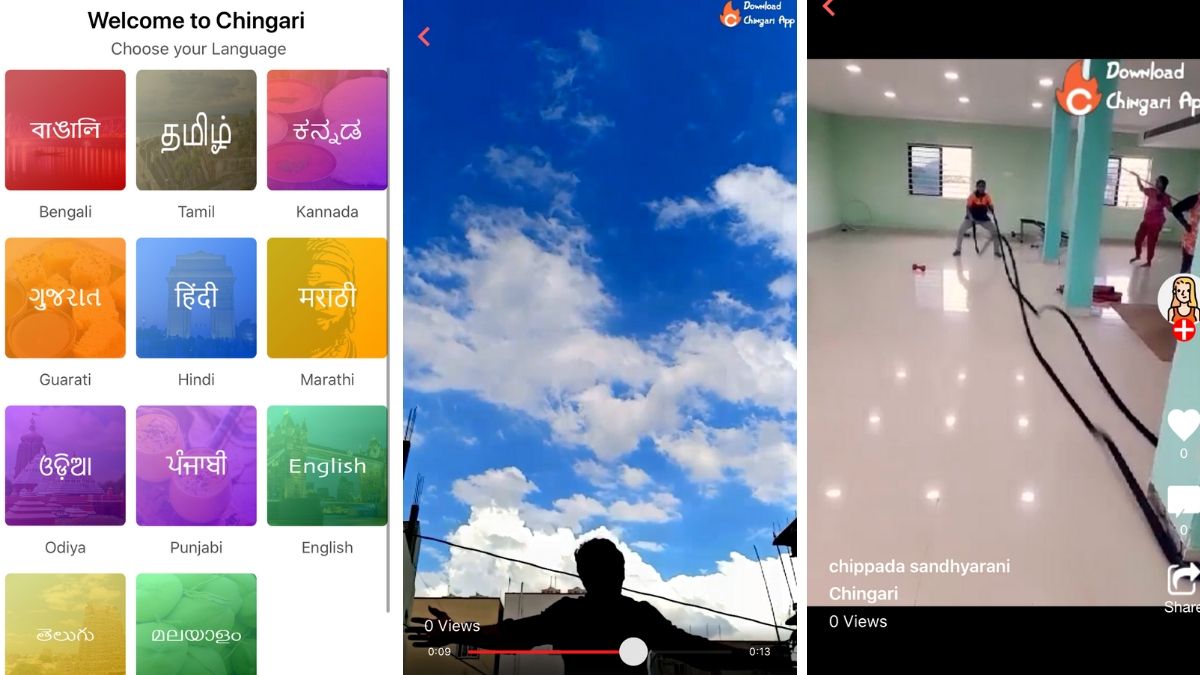 Now ‘Made-in-India’ apps are going to get the direct benefit of the TikTok ban, the latest example of which was seen on Monday night itself. Chingari App, which is being called the Indian version of Tiktok, due to anti-Chinese sentiment, so far this app had got 2.5 million downloads on Google Play Store. But the real sight was seen on Monday night, June 29, when the Indian government banned 59 Chinese apps including Tiktok. Soon after, the Spark app saw a rapid increase in views and downloads. Sharing the data, the company’s co-founder Sumit Ghosh said that the app is getting 1 million views every half an hour. He told that he is getting 1 lakh downloads every hour, which is also affecting the server.

by Sumit Ghosh Twitter via TikTok ban After giving information about the increased Chingari User Views. Sharing StreamView App analytic data, he confirmed that Chinagari App is getting 1 million user views every half an hour since the TikTok ban. Not only this, a tremendous increase was also seen in the download of the spark app after the ban, according to the information shared, the app received about 1 lakh downloads in 1 hour. Ghosh also information Granted that due to this sudden surge, the server of the app also crashed last night.

Let us tell you, if we talk about the Google Play Store rating of the spark app, then it is 4.7 out of 5 stars. Short video and audio Chingari App like Tiktok was developed by two programmers based in Bangalore. Make Whose names are Bishwatma Nayak and Siddhartha Gautama. The app was first seen on the Google Play Store in November 2018, although it entered iOS in January 2019. The app is free to download and has a very similar interface to Tiktok. Apart from this, this app will support 10 languages, which include English, Hindi, Bangla, Gujarati, Marathi, Kannada, Punjabi, Malayalam, Tamil and Telugu. The Spark app gives points to the user on every view, which can then be redeemed in money.

Apart from TikTok, the Indian government has banned 58 Chinese apps in India, including many apps like ShareIt, UC Browser, Shein, Club Factory, Clash of Kings, Helo, Mi Community, CamScanner, ES File Explorer, VMate. The government claims that all these apps were involved in such activities, which may pose a threat to the sovereignty and integrity of the country, the defense of the country, the security of the state and public order etc.

Apart from the spark app, another app is benefiting from the anti-China sentiment and that is friends. appwhich is exactly like Tiktok in use.