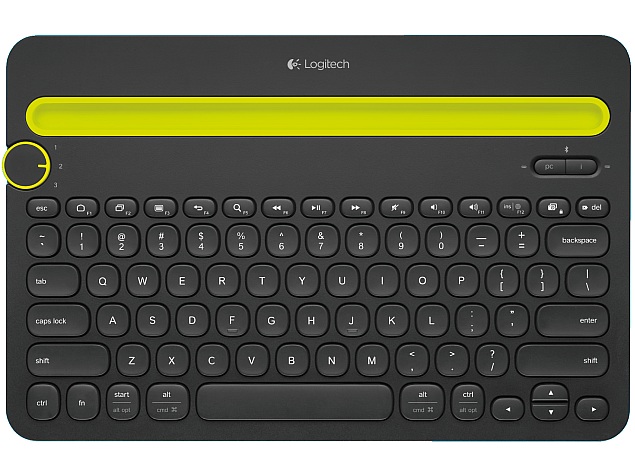 Logitech on Monday launched the K480 (K480) multi-device keyboard with Bluetooth feature in India. This device was launched in the world market in September last year. The Logitech K480 will cost Rs 2,795 and the device will be available for sale from Wednesday.

The Switzerland-based company says that the Logitech K480 Bluetooth Multi-Device Keyboard is the first of its kind desk keyboard, designed to be used with up to three devices simultaneously. This keyboard can be used with desktop (Windows, Mac or Chrome OS) as well as Android or iOS tablets and smartphones. The keyboard can be paired with up to three Bluetooth devices simultaneously.

The Logitech K480 Bluetooth Multi Device Keyboard has an Easy-Switch dial to switch between different inputs. This keyboard not only has short keys, but also has an integrated stand. The stand can be used by the user to hold the smartphone and tablet while typing. This device will be available in two color variants.

Commenting on the launch of the K480 device in India, Ashok Jangra, Cluster Category Manager, Logitech said, “With the passage of time the needs of today’s consumer are changing, now multitasking has become a part of their lives. With Logitech K480 we Giving the best option to the consumer who wants to be connected with multiple devices and platforms of their choice at the same time.The specialty of this product from Logitech is that it gives the option to the consumer to connect to multiple devices with just one keyboard. is.”