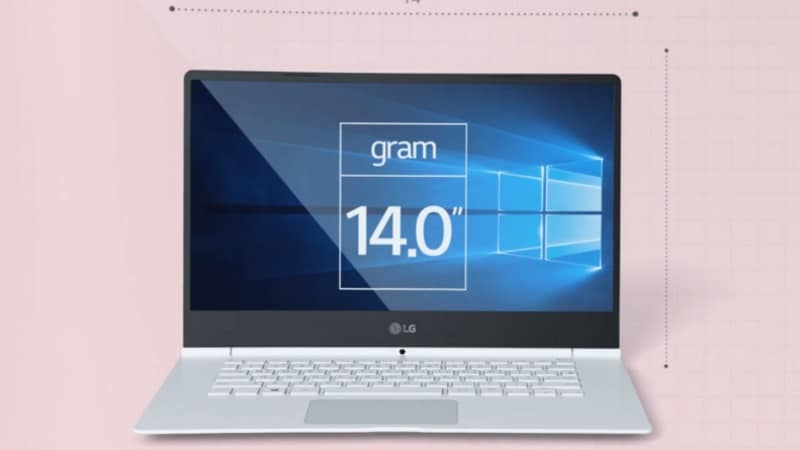 LG has launched its new Gram 14 laptop at CES 2017. This device has already caught the attention of people for all the wrong reasons. The South Korean company claimed at the launch that the new Gram 14 laptop gives a battery life of around 24 hours. This claim is not only much better than the previous variant but it is also a shocking claim. However, the benchmark test method used by the company to make this claim is almost 10 years old.

of the Senate according toMobileMark 2007, the benchmark tool used by LG, faced severe criticism nearly eight years ago. The report says that the result of this tool is based on the fact that users will use the laptop without Wi-Fi and at very low brightness level. Since the requirements have completely changed over the years, expect the LG Gram 14’s battery to last only 20 hours with the latest benchmark tool.

LG’s new Gram 14 laptop weighs around 980 grams just like the previous variant. But now it also comes with a touchscreen variant. This laptop has a 14-inch Full HD (1080×1920 pixels) IPS display and has been given Intel’s latest Kaby Lake processor. It has 16 GB RAM and 512 GB SSD storage. In terms of connectivity, the phone has two USB 3.0 ports, a USB Type-C port, a microSD card slot, an HDMI port, and Wi-Fi 802.11 ac. This laptop is claimed to feature fast charging and comes with a fingerprint sensor for Windows Hello support.

However, the claim made by the company may be different at the time of actual use. So it would be better to say that this laptop will get more battery life than the previous variants. The Verge As per reports, the MobileMark benchmark tool for 2014 says that the LG Gram 14’s battery will last for at least 17 hours. According to the report, LG says that the battery life in the laptop could be improved due to the reduction in material design’s weight. The credit for this goes to carbon magnesium alloys and new display technology.

The company has priced the new Gram 14 laptop at 1,420,000 Korean won (about Rs 80,900) in South Korea. But the company has not yet given information about the price and availability of this laptop outside its domestic market. This device will be available in Snow White and Metal Pink color variants.