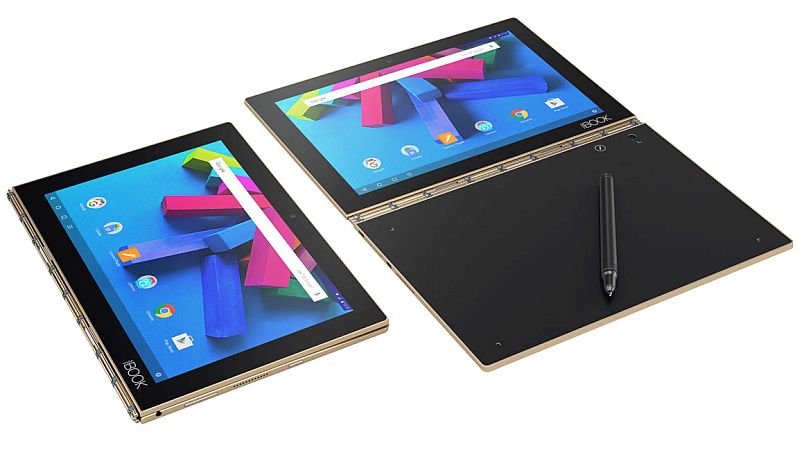 Lenovo has confirmed the launch of its two-in-one Yoga Book in India. The company has sent out media invites for the event to be held on Tuesday. In this event, the company will present its ‘thinst’ laptop in the country. To recall, Lenovo launched the two-in-one Yoga Book at IFA 2016 this year. It was launched in both Android and Windows versions.

Lenovo’s Yoga Book is a hybrid device and comes with a Halo keyboard and a real-pen accessory. The Halo Keyboard is a full touchscreen backlit ‘slate-like’ keyboard with no physical buttons. This keyboard comes with artificial intelligence software, which detects the typing and navigation habits of the user. And with the real-pen accessory, anything can be written on the Halo keyboard like a real pen. At the launch of the YogaBook, Lenovo had said that it is the world’s thinnest and lightest two-in-one laptop hybrid, measuring 9.6mm thick and weighing 690 grams.

Talking about the specification, the Yoga Book has a 10.1-inch Full HD (1200×1920 pixels) display. It is powered by a quad-core Intel Atom X5-Z8550 processor and 4GB of LPDDR3 RAM. This device has 64 GB inbuilt storage which can be expanded up to 128 GB via microSD card.

The device supports single nano SIM and has Dolby Atmos audio. This Lenovo device has an 8 megapixel autofocus rear camera and a 2 megapixel fixed focus camera. For connectivity, it has 4G LTE, Wi-Fi 802.11 ac, Bluetooth 4.0. The battery is of 8500 mAh.