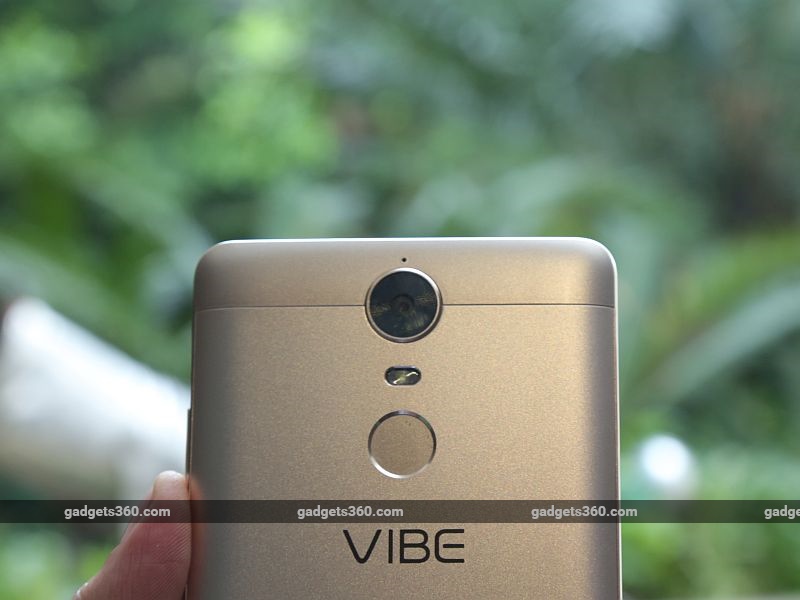 Lenovo on Monday launched its new smartphone Vibe K5 Note in India. Earlier, the Chinese company had released several teasers on social media revealing the specifications of the Vibe K5 Note. The new Lenovo Vibe K5 Note brings a lot of improvements over the previous Vibe K4 Note smartphone. Apart from this, this handset is completely made of metal body. lenovo vibe k4 note The device has been a popular device in this price segment and recently the company claimed that 7,50,000 units have been sold so far. Now it has to be seen how the Vibe K5 smartphone performs among the customers. At the launch event in Delhi, we got a chance to spend some time with the new Vibe K5 Note and here’s a first glimpse of the smartphone.

Like the Vibe K4 Note, the Vibe K5 Note sports a 5.5-inch full-HD (1080×1920 pixels) IPS display. The density of the screen is 401 ppi. However, the new Vibe K5 Note does not feature Corning Gorilla Glass to protect it from scratches. The display of the Vibe K5 Note is bright and crisp and the display can be seen well even in sunlight. The viewing angle of the phone is quite great.

Lenovo has given capacitive buttons in this smartphone instead of onscreen buttons for home, recent and back navigation controls. The physical volume and power buttons are on the right side and can be used easily.

A line-up rear camera, dual-tone LED flash and fingerprint scanner have been given on the rear of the Vibe K5 Note. The ‘Vibe’ brand can be seen in the center of the rear while the Lenovo logo is given at the bottom.

The company has given the Secure Zone feature of Vibe K5 Note as the most unique feature of this smartphone. Activating Secure Zone will give you two secure phones inside the K5 Note. The company has said that users will be able to run apps like WhatsApp and WeChat in different zones at the same time. During this, there will be a possibility of not missing the notifications of both the zones. Apart from this, another feature that we saw is that by double tapping on the screen, anything can be zoomed in. This feature can be very helpful for people with low vision.

The app already comes with a preloaded theme center app that has options for changing a lot of things including wallpaper, ringtone and lock screen. The demo variant of the Vibe K5 Note came pre-downloaded with apps like Flipkart, Myntra, Truecaller, WeChat and the company’s Shareit and Syncit. Like the Vibe K4 Note, the Vibe K5 Note also supports the company’s Re TheatreMax technology. Apart from this, it also supports VR headset.

Lenovo Vibe K5 Note sports a 13-megapixel rear camera with PDAF autofocus, f/2.2 aperture and dual-tone LED flash. Tapping on the icon quickly launches the camera app. In the short time we spent with the device, we noticed that photos taken with the K5 Note in normal light are crisp and with good detail. Photos do not pixelate even when zoomed in. The 8-megapixel front camera also brings good pictures but we would like to reserve our judgment till we test the camera under different conditions.

Lenovo Vibe K5 Note smartphone is powered by 1.8 GHz 64-bit octa-core MediaTek Helio P10 processor. In terms of RAM, the user will have the option to choose between 3 or 4 GB. Mali T860 GPU is integrated for graphics. The inbuilt storage is 32 GB which can be expanded up to 128 GB via microSD card. For the time we spent with the Vibe K5 Note demo unit, we didn’t encounter any issues with multitasking and touch.

With this price tag, the Vibe K5 Note will compete with many popular smartphones in the country. in these xiaomi redmi note 3, moto g4 plus And LeEco Le2 Are included. The K5 Note has seen a lot of upgrades over the previous Vibe K4 Note but is it a phone worth buying amongst so many competitors? Stay connected with us for this and you will be able to read the full review of Vibe K5 Note soon.