Roger Binny was elected as the new President of the Board of Control for Cricket in India (BCCI) during its 91st Annual General Meeting at the Taj Mahal Hotel in Mumbai on Tuesday. Binny replaces former Indian captain Sourav Ganguly.

Binny is the first world cup champion to become the BCCI President.

A member of the 1983 Cup-winning squad, Binny is not new to cricket administration. A coach, a former national selector, Binny has had stints with the Karnataka State Cricket Association (KSCA), before taking over as its president in 2019. And this time around, as Binny takes charge as the head of the country’s cricket board, the expectations are high.

The BCCI election results were formally announced during the AGM with all the posts decided uncontested. As the new team takes charge, here is all you need to know about the office bearers.

Ahead of the nomination process, the BCCI members wanted another former cricketer to replace Ganguly and in that situation, they thought Binny was the ideal candidate.

In the 1985 World Series Cricket Championship in Australia, he was the leading wicket-taker, claiming 17 wickets. After retiring from cricket, he coached the India U-19 team which went on to win the World Cup title in 2000. The team was led by Mohammad Kaif and also had the likes of Yuvraj Singh.

In his coaching career, he has also worked with the Bengal and Karnataka teams in Ranji Trophy From 2012, he was part of the national senior selection committee. But in 2015, he was removed due to conflict of interest. Back then, his son Stuart was part of the Indian team.

After having stints in cricket administration, Binny was elected as the president of the Karnataka State Cricket Association in 2019.

A man of all seasons, Shukla ji – as he is fondly called in the cricketing fraternity – has been associated with the BCCI in various capacities for decades. No matter whoever has been in power, Shukla found a place for himself in the system. He was earlier the chairman of the Governing Council and after going into a mandatory cooling-off period, he returned to the BCCI as vice-president in 2020. In the new committee, too, he will continue to hold that position. 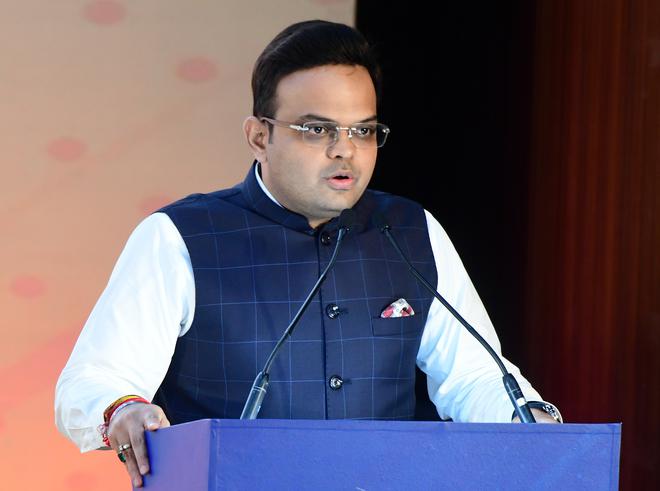 Son of Union home minister, Amit Shah, he was the joint secretary of Gujarat Cricket Association (GCA) since 2013.However, with the Lodha Committee recommendations coming into effect, Shah did not seek re-election as the secretary of the Gujarat association in 2019 and moved to the BCCI as the secretary. According to the BCCI constitution, the secretary plays a key role in governing the BCCI and in his tenure, Shah has had an impact. During the COVID-19 pandemic, Shah and the team managed to conduct the IPL in 2020 and 2021 in the United Arab Emirates and this year, the tournament was brought back to India. A curtailed domestic cricket season was also conducted and Shah is now the head of the Asian Cricket Council. A known cricket administrator in the North-East, Saikia has played four first-class matches for Assam. He has served the Assam Cricket Association for long as its secretary and played a key role in hosting international matches at the Barsapara Stadium. Saikia is also the advocate general, the state’s top law officer. With Arun Singh Dhumal taking over as the IPL Governing Council chairman from former cricketer Brijesh Patel, Shelar was the pick for the treasurer’s post. A former Mumbai Cricket Association chief, Shelar is also the Mumbai BJP president. This time, he had initially filed his nomination for the position of MCA president, but with chances brightening at the BCCI, he withdrew his candidature from the Mumbai Cricket Association elections. Apart from being a cricket administrator, Shelar had earlier contested in the Boxing Federation of India elections for the president’s post, but things did not go his way. The younger brother of former BCCI chief and current union sports minister, Anurag Thakur, Dhumal was appointed the head of the Himachal Pradesh Cricket Association (HPCA) in 2019, but he went on to become the treasurer of the BCCI. In the past, he has represented HPCA in various BCCI meetings. With Brijesh Patel no longer part of the Governing Council, it will be a challenge for Dhumal to keep the momentum going. Son of former BCCI and ICC chief, late Jagmohan Dalmiya, Avishek is popularly known as Mickey in the cricket circles. Taking over the proceedings at the Cricket Association of Bengal after his father’s demise in 2015, Dalmiya has served as the secretary of the CAB until 2019 under the presidency of Sourav Ganguly. In 2019, after Ganguly went to the BCCI, Dalmiya took over as the president of the CAB. He also was part of the committee for the development of the game in the North-East.

Better known as Mamon in Northeast cricketing circles, this is Majumdar’s second stint in the BCCI. He was earlier part of the IPL Governing Council. A prominent face from North-East, Majumdar had a role to play in BCCI’s development projects in the region.