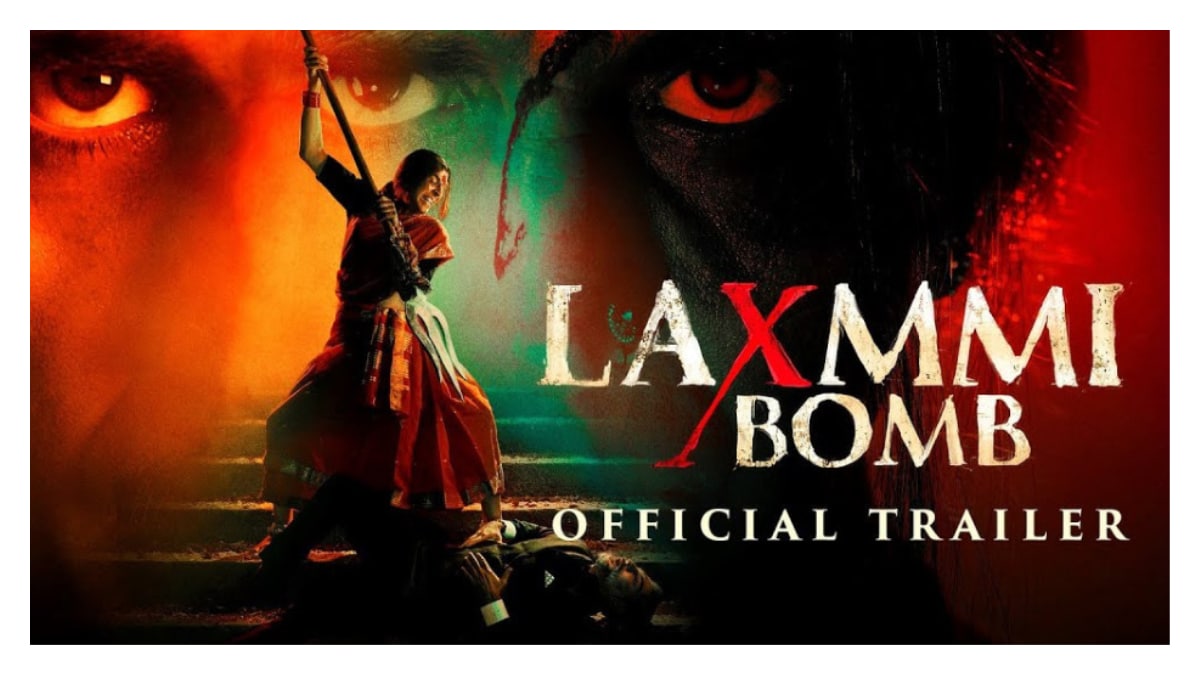 The trailer of Akshay Kumar’s much awaited horror-comedy film ‘Laxmmi Bomb’ has finally been released today. Kiara Advani is playing the lead role in this film with Akshay Kumar. Let us tell you, this film is a Hindi remake of South’s superhit horror film ‘Kanchana’, in which Akshay Kumar will be seen playing the role of a transgender. The film is scheduled to release on the OTT platform Disney+ Hotstar on November 9, which was announced along with several other films under Disney+ Hotstar Multiplex, although the release date of the film was not disclosed then.

Laxmmi Bomb begins with Akshay Kumar’s dialogue in which he says… “This ghost-vut nothing happens, the day when the ghost really came in front of me, neither maa kasam chudiyan pahan leunga chudiyan”. However, later on, her character actually wears a bangle and looks like a woman, in fact this is happening because the spirit of Lakshmi has taken residence in her body. After watching this trailer of 3 minutes 40 seconds of the film, it can be guessed that the story of this film will be similar to the old ‘Kanchana’.

However, there is only one difference between the old Kanchana and the new Lakshmi… that is ‘Akshay Kumar’. Yes, in this film, even though Akshay will be seen making you laugh and giggle in his own style, but his sheer avatar is astonishing. For the first time on the screen, Kinnar is seen in the avatar of Kinnar, in which she is seen wearing a red sari, red bangle and red bindi on her forehead. Akshay Kumar and Kiara Advani are in main lead role in Laxmmi Bomb movie.

Laxmmi Bomb film will be released on Disney+Hotstar on 9th November. Theaters are currently locked due to the Corona virus lockdown, due to which filmmakers have chosen OTT platforms as the medium to release their next films. Recently, Disney + Hotstar also announced 7 new Bollywood films under #BollywoodKiHomeDelivery, which are going to be released on Disney + Hotstar. Akshay Kumar’s ‘Laxmmi Bomb’ is also in the list of these 7 films. Involved Was. Apart from this, films like Alia Bhatt’s ‘Sadak 2’, Kunal Khemu’s comedy film ‘Lootcase’, Vidyut Jammwal’s ‘Khuda Hafiz’ and late Sushant Singh Rajput’s ‘Dil Bechara’ have been released on this platform.