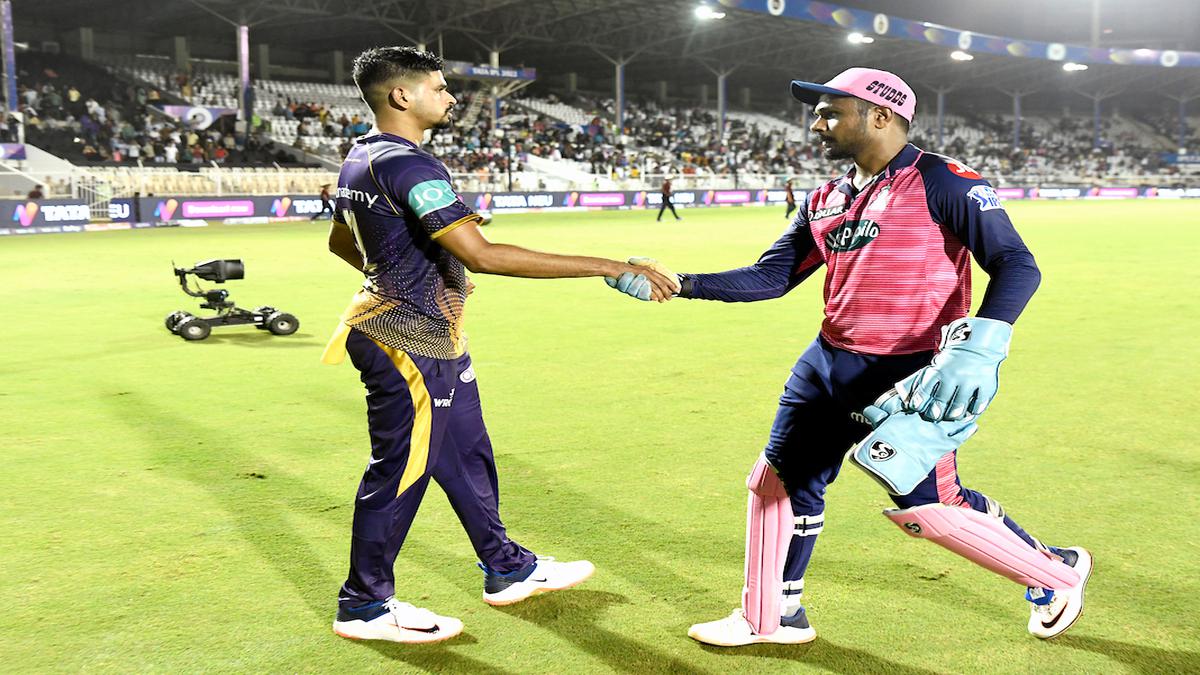 Hello and welcome to Sportstar’s LIVE coverage of the Indian Premier League 2022 match between Rajasthan Royals and Kolkata Knight Riders from the Wankhede Stadium in Mumbai.

The high-flying Rajasthan Royals (RR) will look to shrug off the disappointment of a five-wicket defeat against Mumbai Indians when it meets a struggling Kolkata Knight Riders (KKR) in a return leg Indian Premier League (IPL) match at the Wankhede Stadium in Mumbai on Monday.

The Knights, who got off to a bright start in the 2022 edition, are now on a five-match losing streak. Captain Shreyas Iyer’s statement after his side’s loss to Delhi Capitals was telling.

“The combinations haven’t worked for us. We are trying to settle in on one,” he said. KKR has made 13 changes to its playing eleven – most by any team – at the halfway mark.

On Monday, Orange Cap holder Jos Buttler and Purple Cap owner Yuzvendra Chahal will be looking to pick up from where they left in the first leg against KKR on April 18.

It was the first time in the IPL’s 15-year history that a batter (Buttler) scored a century and a bowler (Chahal) took a hat-trick and five wickets in the same fixture.

Although Shreyas and Aaron Finch scored 85 and 58 respectively, RR pipped KKR by seven runs. The batting has been a let down for KKR, having lost the most wickets in the first six overs thus far – 18.

With Trent Boult and Prasidh Krishna bolstering the Royals’ attack in the PowerPlay, the Knights’ top-order will have to stay sharp. For RR, Shimron Hetmyer’s finishing acts have often saved its blushes.

However, the Guyanese batter, who is presently IPL 2022’s leading run-scorer (158) at the death, will need the likes of Riyan Parag and Daryl Mitchell to provide him able support from the other end.