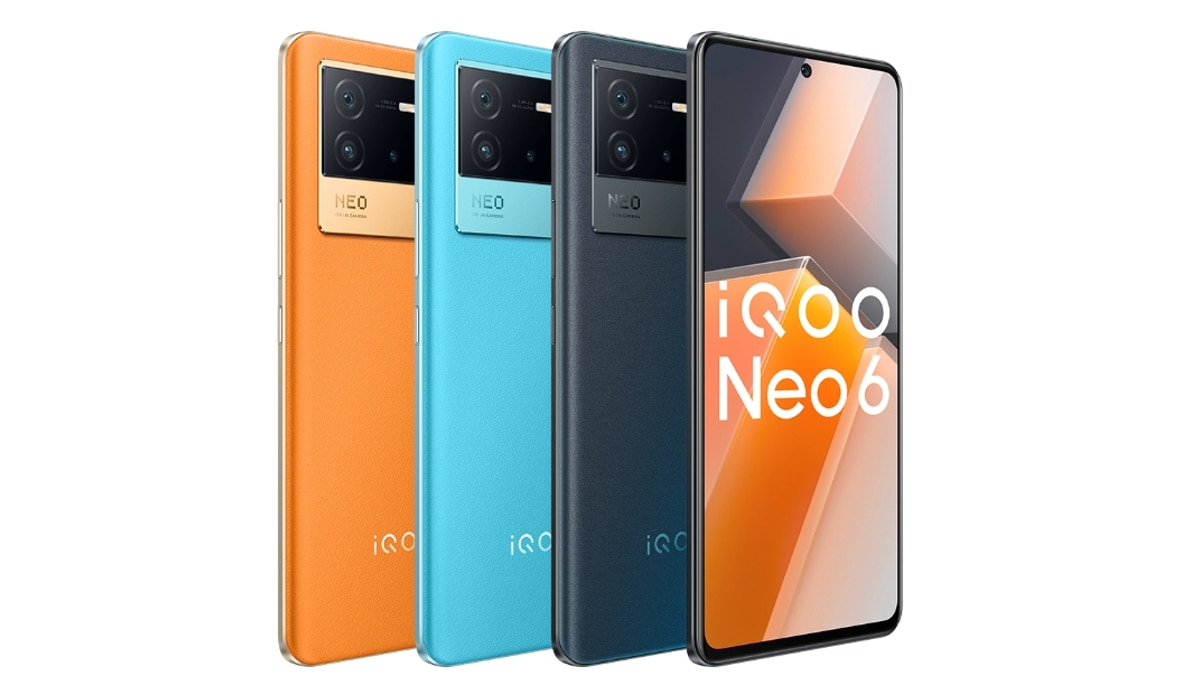 iQoo Neo 6 SE is reportedly making its way to the market soon. The exact launch date has not been shared by iQoo yet, but ahead of it, key specifications of the smartphone have leaked online. The iQoo Neo 6 SE is tipped to feature a Snapdragon 870 SoC under the hood. The upcoming phone is expected to sport a 120Hz refresh rate display. It could pack a 4,700mAh battery with support for 80W fast charging as well. The iQoo Neo 6 SE is said to come as a toned-down version of iQoo Neo 6 that debuted in China last week. It is also likely to succeed the iQoo Neo 5 SE.

Tipster Digital Chat Station suggested key specifications of iQoo Neo 6 SE on the Chinese microblogging website Weibo. According to the tipster, the anticipated iQoo Neo 6 series phone will feature a 6.62-inch full-HD+ OLED display with 120Hz refresh rate. The smartphone could sport a hole-punch display at the front to house the selfie shooter. It could be powered by Qualcomm’s Snapdragon 870 SoC. If the information turns out to be true, this would be a degrade from the iQoo Neo 6’s octa-core Snapdragon 8 Gen 1 SoC. The smartphone is tipped to pack a 4,700mAh battery with support for 80W fast charging. However, iQoo has not yet made any official announcements regarding the launch of iQoo Neo 6 SE.

As mentioned, the iQoo Neo 6 SE is expected to arrive as a toned-down version of the iQoo Neo 6. The handset was launched in China last week with an initial price tag of CNY 2,799 (roughly Rs. 33,500) for the base 8GB RAM + 128GB storage variant.

The iQoo Neo 6 features 6.62-inch full-HD+ (1,080×2,400 pixels) AMOLED display with up to 120Hz refresh rate. Other specifications of the phone include 12GB of LPDDR5 RAM, a triple rear camera setup led by a 64-megapixel Samsung ISOCELL Plus GW1P primary sensor and a 16-megapixel selfie camera. The iQoo Neo 6 carries up to 256GB of UFS 3.1 storage and packs a dual-cell 4,700mAh battery that supports 80W Flash Charge fast charging.