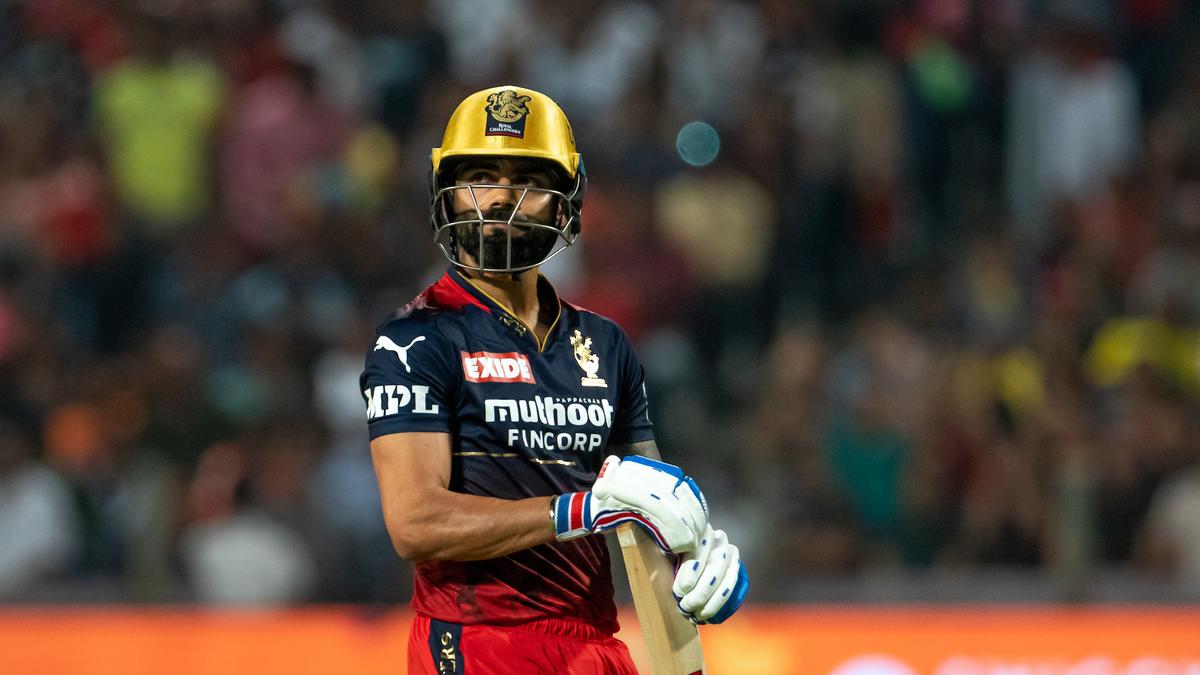 Virat Kohli’s poor run of form would be a concern for the Royal Challengers Bangalore (RCB) ahead of the side’s Indian Premier League (IPL) clash against Gujarat Titans (GT) at the Brabourne Stadium on Saturday.

RCB comes on the back of two losses, and Kohli, IPL’s overall leading run-getter, has only 128 runs from nine matches at an average of 16.00. In his last five games, Kohli has failed to get off the mark twice and perished for single-digit scores on two occasions.

GT will be high on confidence after Rashid Khan and Rahul Tewatia’s Houdini act against Sunrisers Hyderabad on Wednesday. The two retained their composure to plunder 25 runs in the final over to take the team home. The Hardik Pandya-led team has now won four successive matches to move atop the standings.


GT has the most dismissals in the PowerPlay (19), with Mohammad Shami and Lockie Ferguson spearheading the pace attack. Meanwhile, RCB has scored maximum runs (735) and picked most wickets (31) in the middle overs, with Shahbaz Ahmed, Harshal Patel and Wanindu Hasaranga being the key contributors.

The Titans are likely to play the same eleven, while the Royal Challengers may, at some point, rest Kohli. However, with captain Faf du Plessis saying, “…we still back him to turn it around” after the previous game, it may be a while until RCB experiments with a new combination up top. If Kohli is rested, Anuj Rawat may be back as opener, with Rajat Patidar continuing as the No. 3.