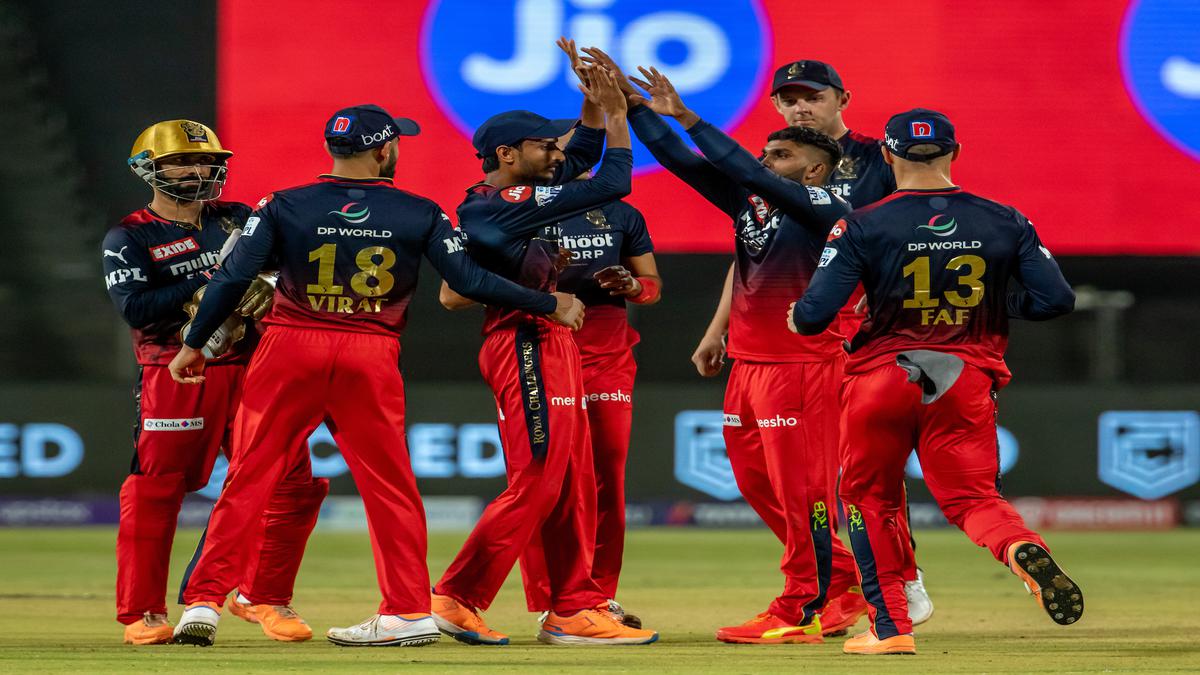 RCB’s poor net run rate (-0.323) makes the task that much harder. RCB’s best chance of making the cut is to put it across GT and hope that Delhi Capitals – level with RCB on 14 points, but cushioned with a superior NRR of +0.255 – loses to Mumbai Indians on Saturday.

Table-topper GT, which enters this fixture on the back of two comfortable victories, will provide a tremendous challenge to RCB. GT, which has already sealed a playoff berth, possesses form batters in Shubman Gill, Wriddhiman Saha, David Miller and skipper Hardik Pandya. The bowling is led by pacer Mohammed Shami (18 wickets) and spinner Rashid Khan (16 wickets).

All eyes on spinners

Much will depend on spinner Wanindu Hasaranga and seamer Harshal Patel, the core of the RCB attack. Harshal took four for 34 in the game against PBKS, while Sri Lankan Hasaranga recorded a five-for in the win over Sunrisers Hyderabad a few days earlier.

RCB needs an extraordinary showing on Thursday, and a bit of luck with other results, to stay in the hunt.