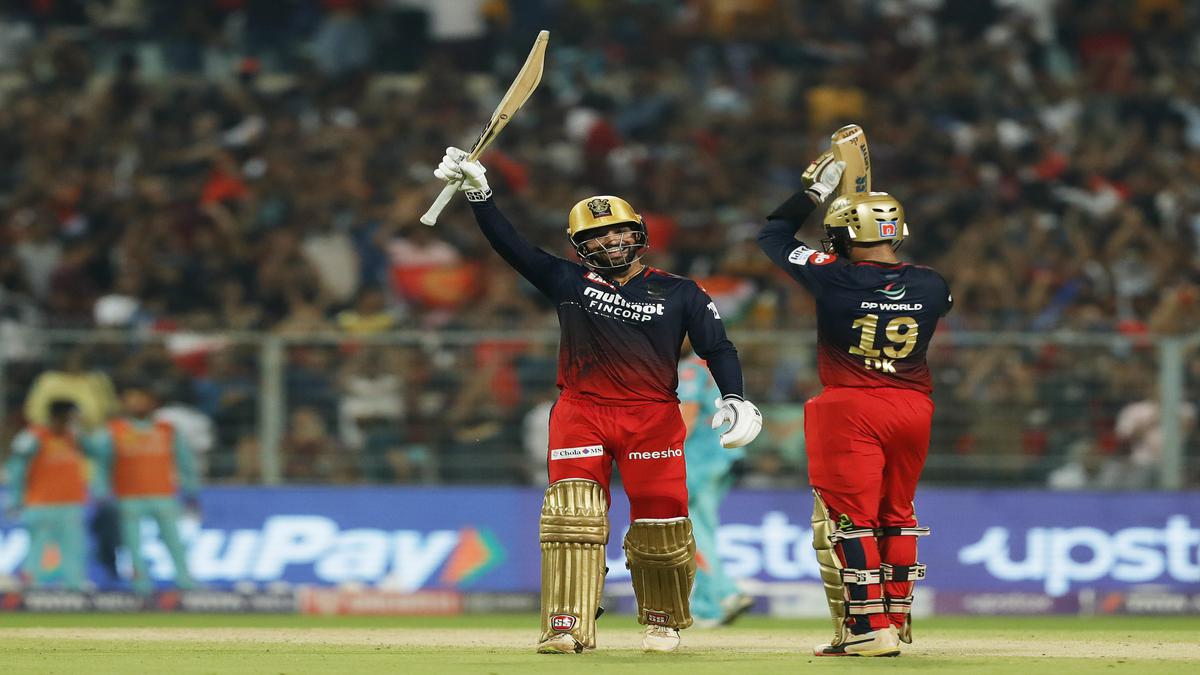 Like many of his friends, Rajat Patidar was hoping to get an Indian Premier League contract this year. But when the franchises met for the mega-auction in Bengaluru in February, none of the 10 outfits showed any interest in him.

Having played four games for Royal Challengers Bangalore (RCB) last year, Patidar thought that the franchise would perhaps bring him back. But over a period of two days, RCB decided not to bid for him.

The snub was disappointing for the 28-year-old batter from Indore, but he never lost hope. Barely a couple of days after the mega-auction, he called up Devendra Bundela – former Madhya Pradesh captain, coach and one of the stalwarts of domestic cricket – to pick his brains. The two spoke for long, Bundela advising his ‘younger brother’ on how to shrug off the disappointment and concentrate on the Ranji Trophy.

Patidar, who loves keeping a low-profile, followed Bundela’s advise and ensured that he worked hard in the nets. “He had a set routine and even after going unsold in the auction, he made it a point to show same sincerity and dedication during practice sessions. He knew that he had to be prepared for whatever comes his way,” Bundela told Sportstar on Thursday.

Having known Patidar since his teenage years, Bundela knew that given an opportunity, he can emerge as a match-winner, even in the IPL. His predictions came true on Wednesday as Patidar, who was roped in by RCB in April as replacement for Luvnith Sisodia, hammered an unbeaten 112 against Lucknow Super Giants at Eden Gardens to eventually pave the way for his team’s 14-run win in the eliminator.

As the cricketing fraternity and fans went abuzz on social media, congratulating Patidar, Bundela reminisced the days of his struggle. “I still remember his Ranji Trophy debut against Baroda in 2015, when I was the Madhya Pradesh captain. On debut, he scored 60 runs in the first innings and then followed it up with a century in the second innings. It was such a delight to watch his batting. Since then, it has been a tough journey for him as he had to battle injuries and then cement his place,” Bundela said.

“But he did not give up and never stopped working hard. His dedication is outstanding…”

While he is enjoying all the attention, Patidar had to postpone his wedding – originally scheduled in May – by a few months to feature in the IPL. “Rajat is a wonderful person and most importantly, a very sincere cricketer. It hasn’t been easy to keep on performing consistently at the first-class level, but he has been doing it for years now. I am glad his efforts finally got noticed in the IPL,” Bundela said.

Last year, he was part of RCB and played four matches, scoring 71 runs at an average of 17.75. While that was far from impressive, Patidar worked on his weakness and ensured that he made the most of the opportunities in this edition of IPL. In the six league stage matches that he featured in, Patidar scored 163 runs which made him a regular member of the RCB side.

And as he tore into his Madhya Pradesh team-mate Avesh Khan, former India international and erstwhile coach at Madhya Pradesh Cricket Academy, Amay Khurasiya watched the game on television and walked down memory lane.

“It was a strange feeling. It is always good to see when your wards fare well and while Rajat went on a rampage. He was going hammer and tongs at Avesh, who is also a student of mine. It was really good to see two students making their presence felt in the IPL. God has been really kind that Rajat played such a wonderful knock,” Khurasiya said.

At a time when not many showed faith in Patidar’s abilities and doubted his talent, Amay Khurasiya (in picture) played an instrumental role in re-shaping his career. – VIVEK BENDRE (FILE)

At a time when not many showed faith in Patidar’s abilities and doubted his talent, Khurasiya played an instrumental role in re-shaping his career. “When he was discarded from the system, I worked with him. I am glad that god gave us that sadbuddhi that there is something in this boy and that we should work with him. We knew we are backing the right person. Our interest was always on commitment and character. Rajat had those two qualities in ample and once we were sure of that, we only had to work on the technical qualities. That we worked on,” Khurasiya explained.

In those few years, Khurasiya could build that confidence and played the role of a mentor to Patidar, Avesh and the likes of Kuldeep Sen. “You have to work diligently and work towards your targets and aim for the bigger goal. The moment you get into that time zone, the preparation will speak. If you get disillusioned with the current state of affairs by outside sectors, then you will miss out when the opportunity comes…” he said.

And, that’s a philosophy, he always preached his wards.

Khurasiya also remembers how he had batted for Patidar when he worked as a talent scout for Kings XI Punjab a couple of years ago. “I had written a note to them, mentioning about Rajat and Kuldeep. I watched them during the one-dayers and suggested the team that they be picked, however, that never happened. Today, for sure, they are doing so well for other teams…”

While Punjab outfit did not show much of interest in Patidar and Sen, they went on working hard. Former BCCI secretary and erstwhile national selector Sanjay Jagdale remembers the time when Patidar had fallen out of favour of the Madhya Pradesh selectors. “He would play for Vijay Club and some of their members – including Ram Atre – reached out to me saying that I would look at this boy. I saw him and was impressed. I requested the MPCA selectors to give him a fair chance and eventually, he could prove his mettle,” Jagdale said.

From being a discard, Patidar has emerged as one of the batting mainstays for his State team and has so far featured in 39 first-class games, amassing 2,588 runs. “He is a hardworking boy and once he got into the grove, he emerged as one of the best MP better in all formats. He even scored century in Syed Mushtaq Ali Trophy, but back then, nobody noticed it,” Jagdale added.

“A few years ago, he underwent a knee surgery and ever since, he has been fitter and more consistent. He is a genuine talent,” the veteran administrator said.

Naman Ojha, one of Patidar’s senior team-mates, is also happy with the way he has progressed. “From the start, Rajat was brilliant. He has got a beautiful time and my best wishes are with him for the future,” Ojha, a former India cricketer, said.

After he guided RCB to the second qualifier, Harshal Patel admitted that Patidar was a “special player” and ahead of the knockout game against Rajasthan Royals on Friday, the team will be hoping for him to come good, yet again.

From being unsold to slaying the Super Giants, life has indeed come full circle for Patidar.