IPL 2022 Auction: Uncapped Indian players to watch out for 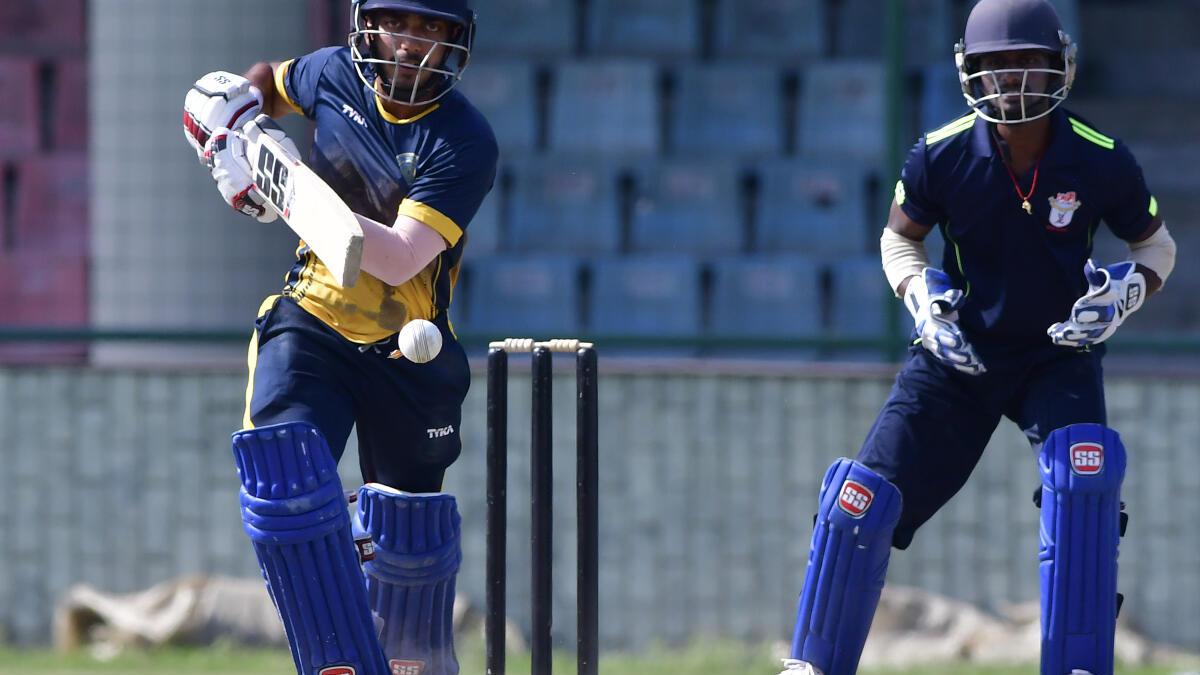 The IPL 2022 auction is set to get underway in February, with over 500 players from across the globe in contention to land the big bucks.

While the franchises will be splurging to earn the services of the biggest names on the cricketing map, the precocious uncapped Indian talents will also fall under the spotlight for hefty contracts.

Ahead of the mega IPL auction, Sportstar looks at the uncapped players who shone in the recently concluded domestic limited-overs season.

Hyderabad skipper Tanmay Agarwal led his side from the front with a solid Syed Mushtaq Ali Trophy campaign. The 26-year-old southpaw racked up four fifties in five league matches for the side, including a career-best unbeaten 97. While Tanmay failed to score big in the knockouts, the team rode largely on his performances to its first-ever semifinal appearance in the tournament. Tanmay finished the tournament as its leading run-getter, compiling 334 runs from seven outings.

Vidarbha’s wicket-keeper batter Jitesh Sharma was sent down the order from his opening slot in the recently-concluded Syed Mushtaq Ali Trophy. The team’s punt worked wonders as Jitesh’s power-packed finishes provided Vidarbha with the necessary impetus in its gruelling journey from the Plate group to the SMAT 2021/22 semifinals.

Batting as a floater from slots 3-6 across seven innings, the 28-year-old slammed 214 runs at an astounding strike rate of 235.16 – the best in the tournament (min. three innings). Jitesh’s penchant for big hits also fetched him 18 sixes – the most for any batter in this edition, a fine addition to his portfolio ahead of the auction extravaganza.

After a long wait to earn his Karnataka debut, Abhinav Manohar made it count as he broke his side out of jail in the Syed Mushtaq Ali T20 pre-quarterfinal against Saurashtra. Chasing a 146-run target, Karnataka slipped to 34 for three before an ice-cool Manohar whipped the bowlers to all parts and powered his side home with a six in the last over – finishing unbeaten on a 49-ball 70. Manohar’s cameos in the next two games helped Karnataka to the final, where he finished as the top-scorer for the side in a painful defeat to Tamil Nadu. The 27-year-old’s free-flowing shot-making is expected to attract bidders in the upcoming auctions.

READ:
IPL 2022 Auction: Full list of players with base price of Rs 2 crore

Kerala’s wicket-keeper batter Vishnu Vinod has been a leading figure for the side in limited-overs tournaments. Moving away from his regular opening slot, Vishnu revelled in the middle-order with crucial knocks in the Syed Mushtaq Ali Trophy and Vijay Hazare Trophy this season. Vishnu’s whirlwind 26-ball 65* against Tamil Nadu nearly sealed Kerala its elusive final spot, but Shahrukh Khan’s blitzkrieg scripted a turnaround for the opponent.

The hard-hitting Vishnu also provided glimpses of his range as a batter as he powered Kerala to an unlikely win over Maharashtra in the Vijay Hazare Trophy. Vishnu’s 82-ball unbeaten 100 lifted Kerala from 120/6 in its 292-chase, eventually leading the side home with four wickets to spare. Vishnu’s purple patch as a floater in the batting order, coupled with his wicketkeeping abilities and handy medium pace-bowling, could land him his third IPL contract over five seasons. Vishnu revelled in the middle-order with crucial knocks in the Syed Mushtaq Ali Trophy and Vijay Hazare Trophy this season.   –  THE HINDU

READ:
IPL 2022 Auction: Five released Indians who could be bought back by former teams

Vidarbha seamer Yash Thakur produced consistent performances across the T20 and 50-over tournaments of the season. Thakur picked up 11 wickets in seven matches for his side in a fruitful Syed Mushtaq Ali Trophy campaign. He went a notch higher in the Vijay Hazare Trophy, where he snared 18 wickets in seven outings and finished as the leading wicket-taker of the tournament. The 23-year-old’s remarkable figures also held commendable bowling economy rates of under 6 runs per over across both formats.

Tamil Nadu’s right-arm pacer Silambarasan failed to earn a long rope during its victorious Syed Mushtaq Ali Trophy campaign, featuring in a solitary match. However, the 28-year-old’s fortunes soon witnessed a massive boost as he led the bowling charts for the side en route to another Vijay Hazare Trophy final. Silambarasan gathered 15 wickets from seven matches, comprising two four-wicket hauls, which could put him in the run for a career-defining IPL contract later in February.

Tamil Nadu’s R Sai Kishore’s impressive run in the domestic circuit bagged him his first IPL contract with Chennai Super Kings ahead of the 2020 season. Despite failing to earn a debut over two seasons with his hometown side, Sai will head into the mega auctions on the back of a sizzling winter stint with Tamil Nadu across formats.

The lanky left-arm spinner picked 10 wickets in seven outings besides a fifty against Karnataka in the Vijay Hazare Trophy quarterfinal. The 25-year-old’s ability to bowl tight spells made him a vital cog in Tamil Nadu’s Syed Mushtaq Ali Trophy triumph – picking 10 wickets in eight matches at an economy of 6.06. After warming the bench for two season at CSK, Sai will head into the mega auctions on the back of a sizzling winter stint with Tamil Nadu across formats.   –  THE HINDU

Seven seasons have passed since a 20-year-old Chama Milind earned his first IPL contract with Sunrisers Hyderabad. After failing to earn an IPL debut in two stints with SRH and the Delhi Daredevils in 2017, the left-arm seamer from Hyderabad is back on the radar for a contract after a scorching run in the season’s Syed Mushtaq Ali Trophy. Milind scalped 18 wickets from 7 outings and racked up his career-best figures of 5/8 against Uttar Pradesh. In the Vijay Hazare Trophy that followed, Milind produced a sensational performance of 6/63 against Jharkhand even as Hyderabad’s campaign ended on a losing note.

Uttar Pradesh’s Yash Dayal might have failed to hog the limelight this domestic season, but the left-armer was the side’s bright spot in a season that ended in the Vijay Hazare Trophy quarterfinals. The crafty seamer headlined a pace attack that comprised the likes of senior India bowler Bhuvneshwar Kumar and IPL stars such as Shivam Mavi and Ankit Rajpoot. The youngster finished with 14 wickets from seven matches and maintained an excellent economy rate of 3.77 in the tournament.