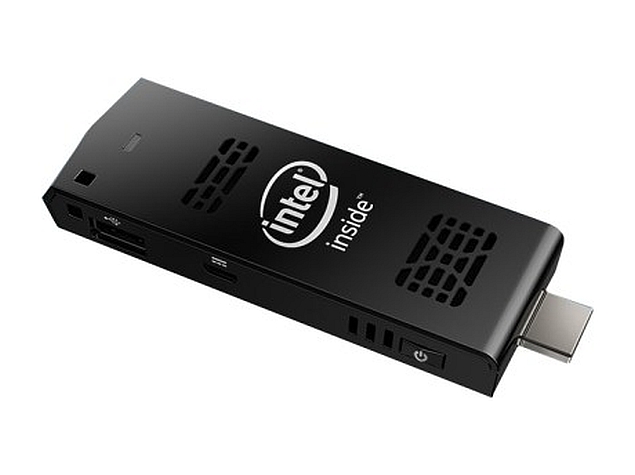 Intel has launched Compute Stick mini-PC in India. The Windows 8.1 variant of this device can be purchased from the e-commerce site Flipkart for Rs 9,999. The company has also launched another variant of the device, which is based on Ubuntu. However, no information is available regarding the price and availability of this variant.

Basically, the Intel Compute Stick is a mini computer that can be used by connecting to an HDMI port. Its first glimpse was seen at CES 2015. Based on Windows 8.1, Intel Compute Stick has a quad-core Intel Atom processor, with which Intel HD Graphics is integrated. The device has 2GB of RAM. device 32GB
Comes with inbuilt storage, which can be expanded via microSD card.

In terms of connectivity, the Intel Compute Stick features a USB 2.0 port, Wi-Fi 802.11 b/g/n, and Bluetooth 4.0. It connects to a TV or monitor via its HDMI 1.4a port. The Linux variant of the device is very similar to the Windows version, but with 8GB of storage and 1GB of RAM.

The Windows 8.1 version of the Intel Compute Stick is similar to the iBall Splendo PC on a Stick, which was launched in June for Rs 8,999. Intel has also indicated during the launch of its product that the Compute Stick will also be available through iBall in the coming times.

Speaking at the launch of the Intel Compute Stick, Rajeev Bhalla, Director, Sales and Marketing, Intel South Asia, said, “This gadget takes computing to another level and strives to deliver the best computing experience through a small device. We are very happy to launch the device in India.”