Instagram’s TikTok-like feature Reels in trend as soon as it is launched, Twitter users are making fun of you 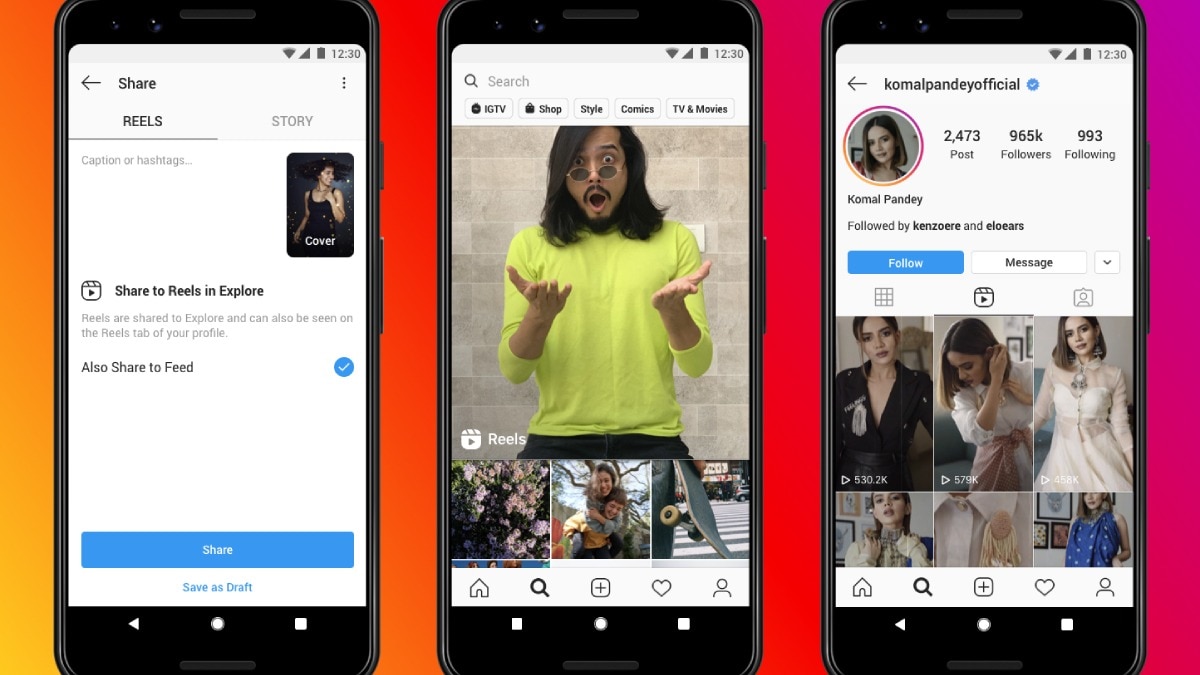 Instagram has finally launched its new short video feature Reels, which is almost identical to the TikTok app. Currently, this feature has been rolled out in the testing phase, for which Instagram has joined hands with many popular TikTokers and public figures. While TikTokers are not happy with the introduction of this feature, there are some people who do not like this step of Instagram. Yes, these are the same people who were very happy when Tiktok was banned in India, but Facebook-owned company Instagram, eclipsing on their happiness, has introduced a short video feature similar to Tiktok on its platform itself. People angry with this move of Instagram are venting their anger through Twiiter trend.

It is worth noting that this Reels feature will be available on the evening of July 8. launch In which videos of popular creators are being seen at present.

The Reels feature is integrated into the Instagram app. If you haven’t yet received this new feature from Instagram, you’ll need to update your app. You will also get this feature after updating the app. To create a reels video on Instagram, the user has to open the camera in the Instagram app, after which you will see the option of Reels at the bottom of the screen, by clicking on which you can create your reels video. Instagram has also provided some tools to use this feature, so that you can record and edit your 15 second videos in a creative way.

It is worth noting that 59 Chinese apps, including the TikTok app, were banned by the central government in India recently, after which Indian developers were trying to offer an alternative to TikTok. As an alternative to Tiktok, many apps had started earning their name, that now this new feature of Instagram has come to give them a tough competition. Let us tell you, after the Tiktok ban, many popular content creators and Tiktokers had turned to Instagram, now after the introduction of this new feature, they have got a platform like Tiktok on Instagram itself. It will be interesting to see whether this new feature of Insta competes with apps like Mitron, Spark and Rosopo.