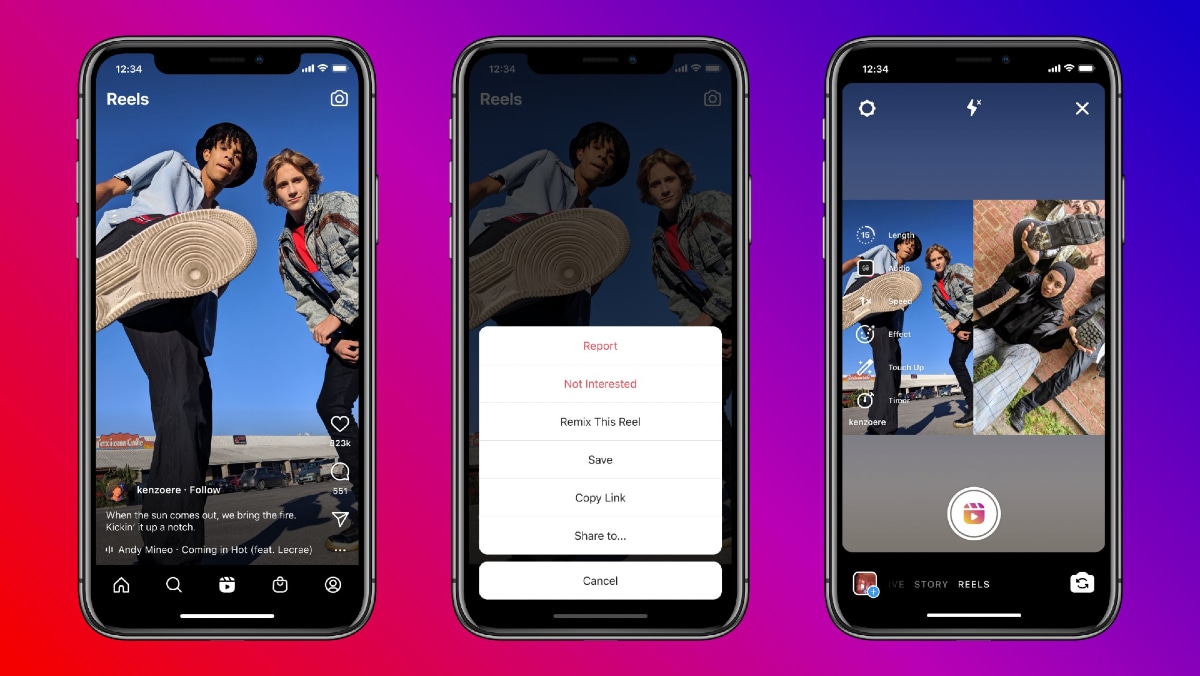 Instagram has added a new feature called ‘Remix’ to enhance the collaboration of reels. This feature of Reel is very similar to the Duets feature of TikTok, in which the user was allowed to record his new video along with the existing video. Instagram Reels users will also now be able to create new videos with existing videos through the Remix feature. You can use this feature to make a reaction video or give your response to a friend and any trending video. This feature has been rolled out for global users.

Instagram announced its new Remix feature Twitter carried through. Like we mentioned using this feature you can create your new reel video with existing video. To use the new Remix feature, you’ll need to open your Instagram reel. Now select the reel video with which you want to remix. Now click on the three dots located in the reel video and from there select the option of Remix This Reel. Instagram will place the record reel on the right side of the screen and your newly recorded reel on the left. Now click on Record button and start recording your remix reel video. Apart from this, you can also edit your remix video using tools like effects, filters and add sound.

You will find this feature by default on new Instagram reels. If you want to make remix of old reels, then you can click on three dots on the video and you can make remix reel with this video too. You will see these remix reels along with your old Instagram reels on the Reels tab of your profile. In addition, creators can also see who has remixed videos with them through the Instagram Activity tab.

It is worth mentioning that Snapchat is also being said that it is going to bring a feature like TikTok’s popular Duets feature. At the same time, its name will also be Remix like Instagram.