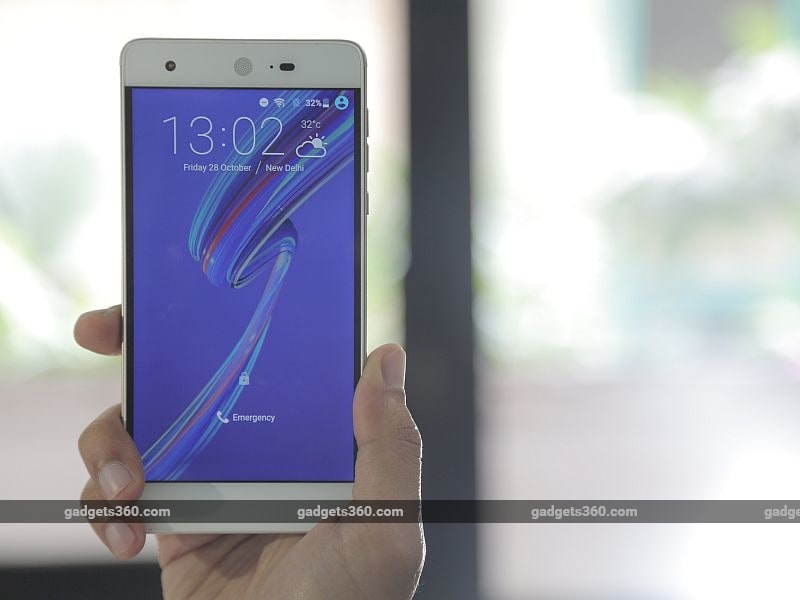 Earlier this year, InFocus introduced low-cost Android smartphones under the Bingo brand. in these bingo 10 ,review) And bingo 50 (review) included. The performance of these smartphones was not very good as compared to other smartphones available in the market. The new InFocus Epic 1 is the company’s latest smartphone and comes with a deca-core chip coupled with a great camera which is the highlight of the device. Is InFocus Epic 1 popular in the under Rs 15,000 segment? moto g4 plus And xiaomi redmi note 3 Will be able to compete with Read Review.

InFocus Epic 1 design and look
with 5.5 inch display infocus epic 1 Next is the screen. Corning Gorilla Glass has been given for display protection in the phone. This phone has a round earpiece, which gives this phone a glimpse of the Nextbit Robin smartphone. Apart from this, the phone has all the standard sensors including the front camera. On-screen navigation buttons have been used in the smartphone, which means that there is a lot of free space under the display.

The phone has power and volume buttons on the right side while a hybrid SIM tray is on the left. The phone has a USB Type-C port at the bottom. It has a speaker grille nearby. The Epic 1 has an IR blaster at the top so that it can act as a remote. Apart from this, there is also a 3.5mm audio jack on the top.

The brushed metal rear Epic 1 given in this smartphone gives a premium look to the phone. And due to its curved shape, the grip of the handset remains good. There is a round fingerprint sensor under the camera lens. At the bottom is the InFocus logo. Weighing in at 160 grams, the Epic 1 neither feels too light nor too heavy. It is convenient to use the phone even with one hand. At 8.4mm thick, the Epic 1 feels slimmer than other smartphones coming in this price range.

Our review unit did not come in a retail box. But on buying this phone, the customer will get a charger with user manual, earphones and USB Type-C cable in the box. Overall, the Epic 1 has a much better design and looks as compared to other smartphones offered by InFocus.

InFocus Epic 1 Specs and Software
Dual SIM InFocus Epic 1 is powered by a deca-core MediaTek Helio X20 (MT6797M) processor. This phone has 3 GB RAM. The inbuilt storage is 32 GB which can be expanded up to 128 GB via microSD card.

This phone has 3000 mAh non-removable battery and supports fast charging. Apart from 4G VoLTE, other connectivity features like Bluetooth 4.1, Wi-Fi 802.11 ac and GPS / A-GPS have been provided in Epic 1.

The phone runs on Android 6.0 Marshmallow, on top of which the company’s InLife UI skin has been given. InFocus has been touting itself as different from other Chinese smartphone brands, but with the unpolished interface, that seems to be true. The Epic 1 Doesn’t Have Many Visual Features Of Marshmallow Bingo 50K Review Information was also given. The icons in particular look quite old.

InFocus has made some changes to its InLife UI. Also removed the app drawer which means all app icons are now visible on the homescreen. A special new feature has been added that keeps the most and recently used apps in the Apps folder. This saves the time spent searching for an app while using it. The Quick Settings panel also looks old with the old animations but users can toggle it back and arrange it again.

This smartphone comes with Default Launcher+ and EZ Launcher. Even before this we have seen these features in the InFocus smartphone. And it provides a simple interface for the first time smartphone user.

infocus epic 1 performance
InFocus Epic 1 is the best performing device at this price point. During our review, we did not find any problem or drawback in this phone. We noticed that even while using the phone, 1.2 GB of memory was free, due to which the overall response of the phone was good.

Even heavy games can be played smoothly in the Epic 1 and multitasking is also done without any problem. 4G worked well and call quality was also good. Apart from this, the audio from the stereo speakers is also very good. During our review, we did not notice overheating of the phone even while playing games and recording videos at 1080 pixels.

Coming to the benchmarks, the InFocus Epic 1 easily beats its rivals. We got great figures from the phone in the benchmarking test.

Talking about the fingerprint sensor, the Epic 1 is slightly inferior to other smartphones in this price range. And after trying at least twice, it is able to recognize the fingerprint and at times it seems strange.

The 16-megapixel rear camera given in the Epic 1 works fast. And the camera app also gets launched without any delay. The camera interface is easy to use and clean compared to other smartphones in this price range. InFocus has implemented PIP mode in the Epic One, which allows simultaneous shooting from the front and rear cameras.

The rear camera locks focus fairly quickly even when the frame is not stationary and we liked it. There is no need to tap on the screen for this. However, we found occasional problems with the shutter while clicking pictures. Some pictures come out ugly but this is not always the case.

We found more highlights in some of the pictures taken with the camera which is disappointing. This problem is not often seen in smartphones of this price. In landscape shots in daylight, there was some noise in the object, although most of the colors were accurate. Photos taken in artificial or low light are also not very good. There was a lot of noise in most of these shots. Great selfies come from the front camera of the phone.

The 3000mAh non-removable battery lasted for 10 hours and 40 minutes in our video loop test. Which is not bad but the phone with the same segment and battery capacity performed much better in our review. During normal and heavy usage, the Epic 1 can last up to a day on a full charge. Fast charging support is a nice feature. It takes 30 minutes for the phone to charge from 0 to 50 percent and the phone gets fully charged in 2 hours.

our decision
InFocus Epic 1 definitely impressed us with its performance. And the credit for this goes to the deca-core Helio X20 processor. This smartphone can easily do everyday tasks and is more powerful than all the current smartphones of the same price. However, the Epic 1 is not an overall package due to the average battery life and camera performance and interface.

If you are looking to buy a powerful smartphone then InFocus Epic 1 is the right choice. Apart from this, you can also use Xiaomi Redmi Note 3 (review) And moto g4 plus ,review) can also be purchased. In our recent review, these smartphones have received excellent ratings.