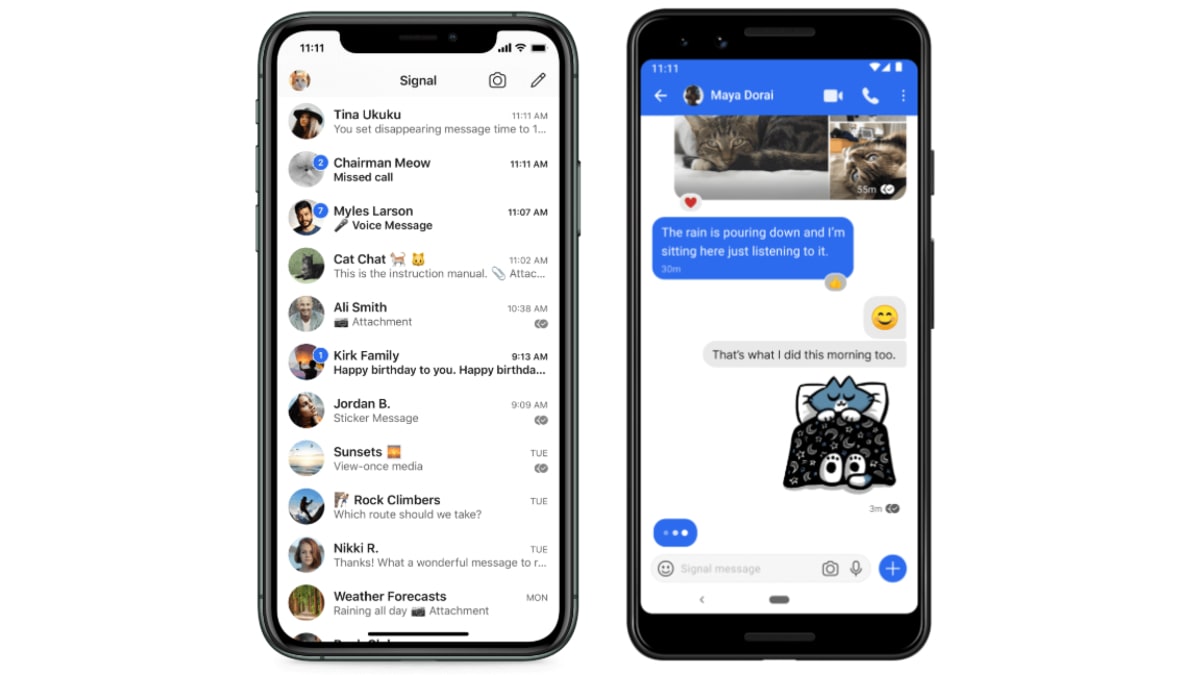 Due to the new privacy policy of WhatsApp, Elon Musk tweeted, advising his fans to use the privacy-focused app Signal. After this many other veterans asked people to leave WhatsApp and use Signal. Due to this, now there is a big jump in the number of people downloading the Signal app. If you’re using Signal or Telegram, you may also notice that dozens of your contacts are slowly signing up to these messaging apps.

Let us tell you that on Saturday at 5:26 am, Signal said Tweet The app has been ranked first in the list of top free apps on the Apple App Store in India, Austria, France, Finland, Germany, Hong Kong and Switzerland.

The increase in new sign-ups for Signal was apparently so large that on some networks there were delays in receiving the verification code for users. In a tweet on Thursday, Musk wrote ‘Use Signal’, advising people to use the Signal app. This little advice from the world’s richest man led to a flurry of new sign-ups on Signal and overloaded servers.

Verification codes are currently delayed across several providers because so many new people are trying to join Signal right now (we can barely register our excitement). We are working with carriers to resolve this as quickly as possible. Hang in there.

The WhatsApp rival itself confirmed this on Twitter. The developer wrote that due to the sudden surge in sign-ups, there is a delay in sending the verification code to the network providers.

This is a golden chance for the Signal app, where the app can increase its userbase, as WhatsApp is currently facing criticism due to its new privacy policy. Please note that WhatsApp has changed its policies and this change is not safe for the personal data of the user. As per the policy, it will now become mandatory to share data with Facebook, but WhatsApp has now clarified that the privacy policy for users remains unchanged. Changes in the new privacy policy are for business accounts only.

In addition to Musk, Edward Snowden also recommended Signal. A user asked why they should trust Signal. To which he wrote “Here’s a reason: I use it every day and I’m not dead yet.”

Signal is an open-source messaging app focused on privacy and is used by many large institutions, including journalists, security experts, around the world.