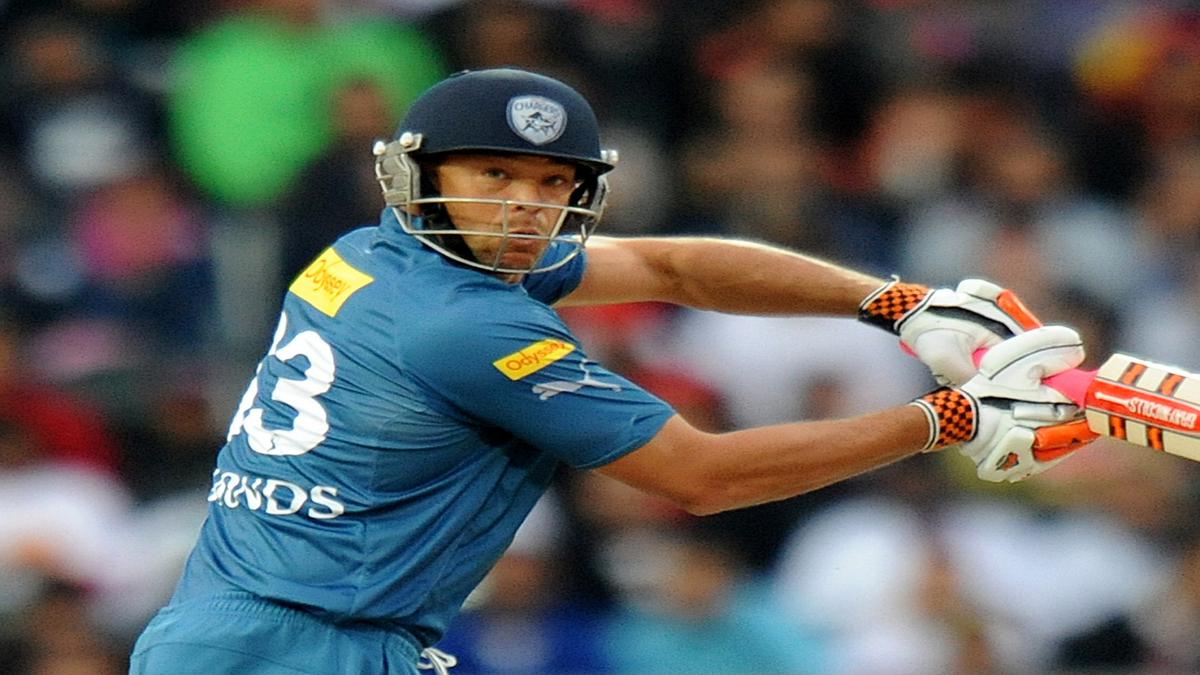 Andrew Symonds was one of the top players in the inaugural edition of the Indian Premier League in 2008. A regular in the Australian team during the time, Symonds was roped in by the now-defunct Deccan Chargers as a senior player. Coming to India barely a couple of months after the ‘Monkeygate’ episode – which left the world cricket divided – there were apprehensions on how the Aussie all-rounder would be accepted.

But once Symonds landed in India and joined the team in Hyderabad, the Indian players gradually realised the other side of Symmo – as they would fondly call him later.

“We would often talk among ourselves that he was more like a coconut – hard outside, but very soft inside. Symonds was indeed a very soft, caring and emotional guy, who was a perfect team-man,” former India spinner Pragyan Ojha, who was part of Deccan Chargers in the 2008 edition, tells Sportstar.


Yet to come to terms with the fact that a car crash killed Symonds on Saturday night, Ojha fondly remembers those moments when Symonds would play the role of a ‘big brother’ always willing to mentor and motivate the youngsters.

“That was the first time we were sharing a dressing room with the Australians, so initially there were reservations and perhaps an invisible barrier. The Sydney controversy happened a few months ago, and obviously, back in those days, we did not know how Australian cricketers were off the field, but soon we realised that Symonds was a different character altogether,” Ojha reminisced.

When the IPL started in 2008, Ojha was just a 21-year-old, looking to break into the Indian team and sharing the dressing room with so many stars was indeed an experience for him. And in his two-year-stint with Deccan Chargers, Ojha eventually became friends with Symonds. “He genuinely cared for the team. I remember an incident from 2010, where we had a match in Cuttack the previous night and we had to reach Hyderabad for another match the next day. So, as the players were waiting at the Bhubaneswar airport to catch the early-morning flight, most of them were busy reading newspapers. Symonds went around them and a few minutes later, snatched the newspapers and told them to talk to each other and communicate…”

Symonds was among the key players to promote Rohit Sharma as a leading figure in the Deccan Chargers side led by Adam Gilchrist.   –  K.R. Deepak

“He always believed in team bonding. Being a senior cricketer, he was aware of his roles and responsibilities. He would always encourage the players to attend the pool sessions and when the water would be really cold, he would drag everyone to the pool because he knew that in a fast-paced tournament like the IPL, it was important to recover fast. He did not want any player to miss out on a match and that’s why he would always ensure that everyone was there for the pool session. These little things show what a team-man he was,” Ojha says.

After taking charge as the captain, Adam Gilchrist decided to appoint Rohit Sharma as his deputy and the senior members of the team agreed with Gilchrist’s decision. “When Gilchrist said that Rohit will be the vice-captain, all the senior guys – including Symonds, Laxman bhai (VVS Laxman) – were on the same page. Being a part of the leadership group, Symonds was someone who always stood for the team and did not have airs…”

Today I have lost my closest man.
You were just not a colleague
My family, my man
My symonds uncle I will miss you terribly
RIP pic.twitter.com/5BvliutC8f

However, Ojha also remembers Symonds as someone who was a ‘man of few words’. “He was not someone who would keep on talking, but whenever you needed his guidance, he would show you how to address that. In the initial editions of the tournament, he would tell us how to hit those towering sixes and also explain how to keep the length right. Those were short but crisp interactions and he was always available to help you, and be around…”

After spending three years at Deccan Chargers, Symonds, Rohit and Ojha went to Mumbai Indians, where Harbhajan Singh was a senior member. Symonds and Harbhajan Singh during their time with the Mumbai Indians.   –  VIVEK BENDRA

“At Mumbai Indians, he started sharing a good bond with Bhajju pa (Harbhajan). After whatever happened in Sydney, no one would have thought of something like that to happen, but they had moved on and shared a good rapport. That explains his character and he was also fond of a lot of young Indian cricketers, including Yuzvendra Chahal. He enjoyed his moments and was always there for the team,” Ojha says.

As the news of his death broke out, several Indian cricketers, including Harbhajan, took to social media to pay homage to Symonds. “Shocked to hear about the sudden demise of Andrew Symonds. Gone too soon. Heartfelt condolences to the family and family. Prayers for the departed soul. #RIPSymonds,” Harbhajan tweeted. Go well, Symmo!