How much power is there in Samsung Galaxy C7 Pro? at first sight 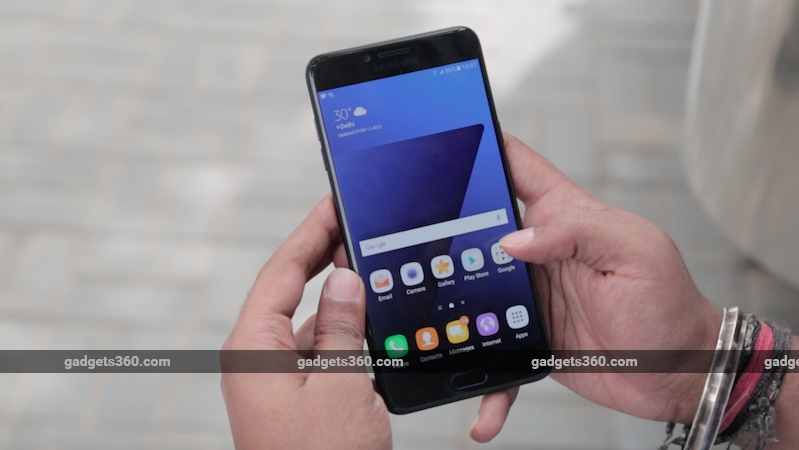 Samsung has introduced smartphones with good specifications and metal bodies in every price segment in the last few years. Galaxy C7 Pro In addition to the old Galaxy C7 Galaxy C9 Pro There are many features too. Talking about the design of the metal body, there is nothing new in it. With a thickness of 7mm, it is thicker than the Galaxy C7 but it is one of the thinnest handsets on the market.

The Galaxy C7 Pro comes in Gold and Navy Blue colours. Both the color variants look attractive and this is one of the ways in which you can differentiate between this smartphone and the Galaxy C9. There is metal on the sides of the phone, and antenna lines on the top and bottom on the rear. The phone houses the volume button on the left, while the power button and hybrid dual SIM tray are on the right. There is a USB Type-C port on the bottom and a speaker grille on the right side while the 3.5mm audio jack is on the left. The phone comes easily in hand. It weighs 172 grams and doesn’t feel heavy. We will give our decision only after a detailed review regarding the build quality and convenience of the phone.

Coming to the display, the Galaxy C7 Pro sports a 5.7-inch 1080 pixels Super AMOLED screen that comes with 2.5D Gorilla Glass 4. It can be called decent for a phone of this price. Samsung is known for its sharp and bright color displays, and this phone did not disappoint us either. The display is bright and there was no problem in using it even in sunlight.

However, the Galaxy C7 Pro runs on Android 6.0.1 Marshmallow instead of Nougat. This device has been given 2.2 GHz octa-core Snapdragon 626 processor. The phone has 4 GB RAM. In our short time spent with the phone, we did not encounter any problems with the phone and the interface was also good. Apps open fast and, as expected, multitasking is easy from a new premium device.

The Galaxy C7 Pro has a 16-megapixel sensor for the front and rear cameras. Both cameras come with aperture f/1.9. The same camera setup was given in the Galaxy C9 Pro as well. The cameras provide full HD video recording capability at 30 frames per second. Apart from this, other features include phase detection auto focus, a camera bun and many beautify effects.

Samsung has given 3300 mAh battery in Galaxy C7 Pro. This phone has 64 GB of inbuilt storage, which can be expanded up to 256 GB via microSD card. We couldn’t test the battery life in the short time we spent with the handset, so we’ll have to wait for a detailed review to make our verdict.

The new Galaxy C7 Pro smartphone priced at Rs 27,990 will take on the likes of Vivo V5 Plus, OnePlus 3T and Oppo F3 Plus. Stay tuned to Gadgets360 for our detailed review to read more about the Galaxy C7 Pro’s performance, build quality, camera quality and battery life.