How much power in OnePlus 7? at first sight… 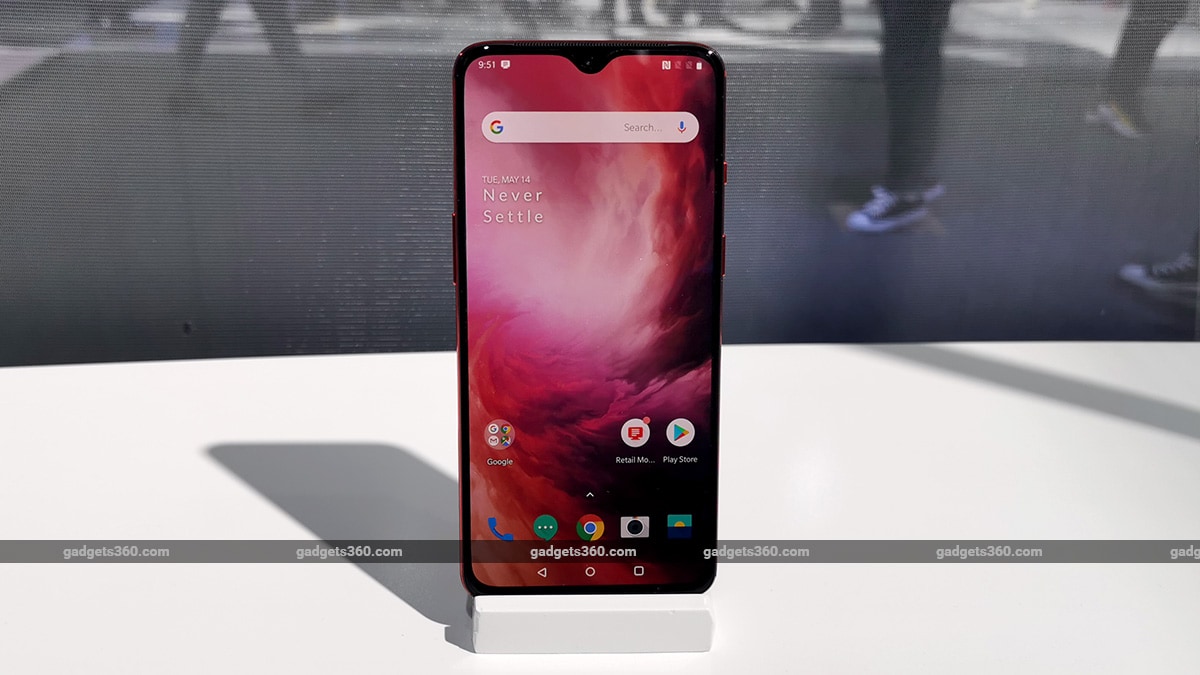 There is no doubt that in the event organized by the company on Tuesday OnePlus 7 Pro But all eyes were on but we think OnePlus 7 There is also a smartphone that is going to be exciting because it has been launched with an attractive price tag. The Gadgets 360 team was also present at the launch event in Bengaluru where the company took the most time to reveal the details about the OnePlus 7 Pro and the new Bullets Wireless 2 earphones and finally the OnePlus 7 was unveiled.

The OnePlus 7 isn’t more exciting than the OnePlus 7 Pro, but one thing that catches everyone’s attention is its starting price. For just Rs 32,999, the same processor has been used in OnePlus 7 as in OnePlus 7 Pro, that is, Snapdragon 855 chipset. That would be reason enough for many to buy it. We spent some time with the Mirror Gray and Red color variants during the launch event, let us now provide you the details about it.

OnePlus looks like OnePlus 6T. The grille given for the earpiece in OnePlus 7 is wide, apart from this it is a bit difficult to tell the difference between the two phones. OnePlus is a very light phone, at first it seemed that it is feeling lighter because we used a slightly heavier OnePlus 7 Pro in comparison to it in the past.

However, if you take a look at its specifications, you will know that the OnePlus 7 is a slightly lighter smartphone than the OnePlus 6T. Both the color variants are glossy, due to which fingerprints fall easily. If you use the phone without a case or say cover, then fingerprints will easily fall on the phone.

There are two color variants of OnePlus 7 but we think its red variant is more attractive. Some of the most important features of the OnePlus 7 Pro are also offered by the company in its affordable OnePlus 7 such as UFS 3.0 flash storage, stereo speakers, Dolby Atmos support and an upgraded in-display fingerprint sensor.

If we are not able to test its speakers on the Venue during the launch event, then we will be able to give you detailed information about them only after we get the review unit. There will be a slight change in the secondary camera compared to the OnePlus 6T. Recall that in OnePlus 6T, the company had given a depth sensor of 20 megapixels but in OnePlus 7 you will get a depth sensor of 5 megapixels. It will be interesting to see how this affects the picture when taken in portrait mode.

OnePlus 7 smartphone will come with 20W fast charging support, while OnePlus 7 Pro has 30W Warp Charge fast charging technology support. If you use OnePlus 6T, then upgrading to OnePlus 7 will not be a profitable deal for you as most of its updates are incremental.

We hope to have our review unit soon. After testing, we will provide you with detailed information about its performance, battery life, display, build quality and other things in the review of OnePlus 7 after testing.