How much power in Honor 8C? at first sight 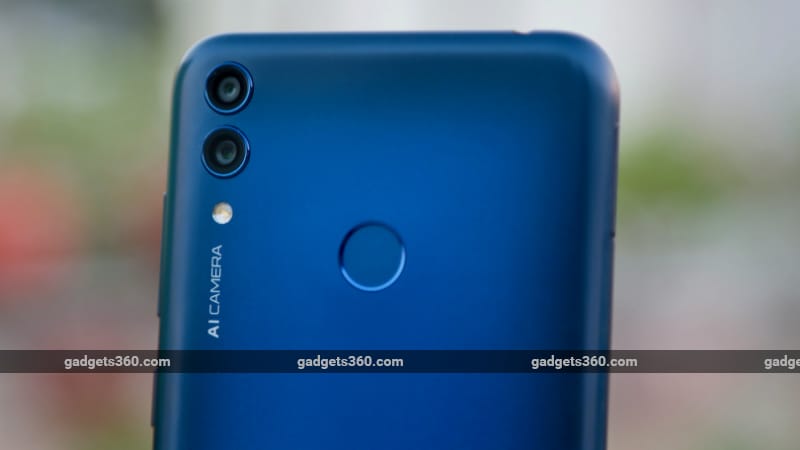 Huawei’s sub-brand Honor has launched its Honor 8C in the Chinese market. Now it is to be launched in India. If seen, the upgrade version of Honor 7C is Honor 8C, which was launched in the Indian market about 6 months ago i.e. in March 2018. Talking about the features of Honor 8C, this phone runs on Qualcomm Snapdragon 632 processor, AI cameras, display notch and out of box Android 8.1 Oreo.

In the Chinese market, there are two variants of Honor 8C based on RAM and storage – 4 GB RAM / 32 GB storage and 4 GB RAM / 64 GB storage. Both variants are expected to be launched in India as well. Gadgets 360 has spent some time with the Honor 8C, which will be launched on November 29. How did we like this smartphone at first glance? Let’s know…

Honor 8C has a 6.26-inch HD + (720×1520 pixels) display. The notch has been made quite small. The area around the notch will show the time, battery level and other status icons. The display of the phone has sufficient brightness and its viewing angles are also quite good. Due to the HD + resolution, text and pictures do not look very sharp. Users can use on-screen buttons or EMUI gestures if they want. The body of Honor 8C is made of plastic.

Due to the length and width of the phone, you may find it difficult to use it with one hand. The smartphone looks strong but this handset of Honor brand does not give a premium look compared to other smartphones coming in the budget of Rs 10,000 to 15,000. Fingerprints fall very easily on the glossy plastic back panel and due to the greasiness, the phone can slip from hands.

Honor 7C is an upgrade to Honor 8C

Like other Honor smartphones Honor 8C The color gradient has also been used on the back panel of the phone. The black and blue gradient is visible on the back panel of the review unit we have. The SIM tray is given on the left side of the phone, users can put two nano SIM and microSD card slot. On the right side are the lock/power and volume buttons. The loudspeaker and primary microphone at the bottom of the phone, while the secondary microphone and 3.5mm headphone jack have got a place in the upper part.

Micro-USB port has been used instead of USB Type-C in the phone. Fingerprint sensor and face recognition work fast and smoothly. Qualcomm Snapdragon 632 chipset for speed and multitasking and 4 GB RAM with Adreno 506 GPU for graphics. Asphalt 9 and PUBG can be played smoothly after lowering the graphics settings. Wait for the full review for detailed information about the performance.

Dual-SIM Honor 8C Out of Box will run on EMUI 8.2 based on Android 8.1 Oreo. EMUI is fast but there is a lot of bloatware in this phone of Honor brand. First-party apps like HiCare, Huawei Health, Theme, Honor Store and Honor Club will come pre-installed along with Facebook, Messenger, Netflix and Camera 360.

Now let’s talk about camera setup. The Honor 8C has a dual camera setup at the back. There is a 13-megapixel primary sensor with aperture F / 1.8. With this, a black and white sensor with 2 megapixels F / 2.4 aperture has been given. The handset has an 8-megapixel selfie camera on the front panel. Its aperture is F / 2.0. Both camera setups are equipped with LED flash. AR stickers support is also present in the phone and they work properly. 4000 mAh battery works to bring life to the phone.

expected honor 8c price Honor 8X ,review) will be less than Let us know that the starting price of Honor 8X in India is Rs 14,999. Asus ZenFone Max Pro M1 competes with Honor 8C in the Indian market Nokia 5.1 Plus ,review) And realme 1 ,review) Will be from. After the official launch of Honor 8C in India, we will give you detailed information about design, display, software, performance, battery life and camera in full review.