How different and better is OnePlus 6 than OnePlus 5T? 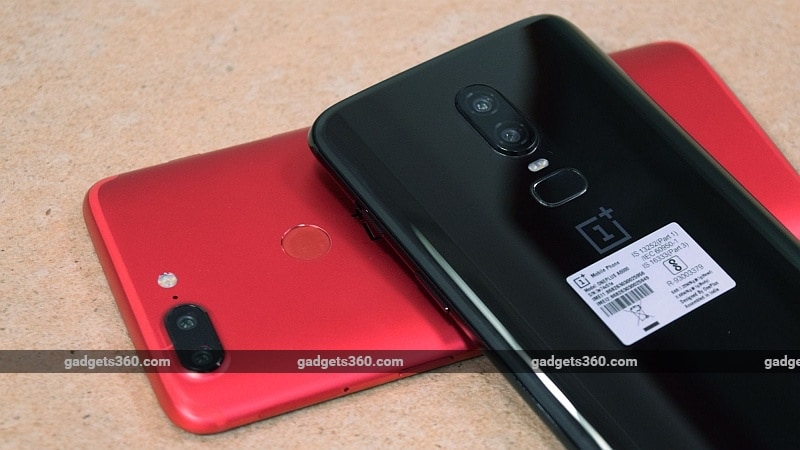 OnePlus 6 handset on Wednesday launched Was. this chinese company OnePlus Its latest flagship smartphone. We have tried to know how much power is there in OnePlus 6 compared to OnePlus 5T? The latest flagship handset is more expensive than the old variant. The company is making its phones expensive every year. Both the phones also have many similarities. OnePlus 6 more OnePlus 5T Comes with a thin bezel display. However, in the latest handset, the company has given a display notch like iPhone X. Both the smartphones have dual rear cameras and they come with full-screen gestures. Apart from this, the initial model is equipped with 6 GB RAM and 64 GB storage. These are similarities. Now we will try to know the difference between OnePlus 6 and OnePlus 5T.

OnePlus 6 comes with an all glass body. Corning Gorilla Glass 5 has been used on both sides. At the same time, OnePlus 5T has a metal unibody design. It only has Gorilla Glass 5 protection on the front panel. Despite using Glass, OnePlus has claimed that the OnePlus 6 is stronger than the company’s older generation handsets.

Another difference is the notch display like the iPhone X. The company has placed the front camera, proximity sensor and ear piece in this notch. At the same time, in the OnePlus 5T, all these hardware were present on the upper part. The fingerprint sensor in both the smartphones is on the back of the handset. Apart from this, there is a vertical dual rear camera setup in OnePlus 6 that too in the middle of the rear panel. The dual rear camera in OnePlus 5T is in horizontal format. It has got a place on the top left side of the smartphone.

Let’s start with the camera. OnePlus 6 and OnePlus 5T have dual rear camera setup. Well, there are some similarities and some big differences as well. The OnePlus 6 has a vertical dual camera setup, while the OnePlus 5T has a horizontal dual camera setup. This phone has 16 megapixel Sony IMX 519 sensor. It is equipped with F / 1.7 aperture, OIS and EIS. The secondary sensor is of 20 megapixels. This Sony IM376K sensor is with F / 1.7 aperture. The rear camera comes with a dual LED flash module. The company has reported to have slow motion recording capability at the rate of 480 frames per second.

On the other hand, the OnePlus 5T sports a 16-megapixel Sony IMX398 sensor. It is with f/1.7 aperture. The secondary camera is of 20 megapixels. This Sony IMX 376K sensor is with F / 1.7 aperture. The dual rear camera setup of this phone comes with dual LED flash.

One major difference between the two smartphones is the display. OnePlus’ latest handset has a 6.28-inch full-HD + (1080×2280 pixels) full optic AMOLED display. It will be a screen with 19: 9 aspect ratio. There is protection of Corning Gorilla Glass 5 on it. OnePlus 5T has a 6.01-inch full-HD + (1080×1920 pixels) Optic AMOLED display. Its aspect ratio is 18: 9. This screen with 401 pixels per inch pixel density has 2.5D Corning Gorilla Glass 5 protection.

Another big difference is storage. One variant of OnePlus 6 will be with 256 GB of storage. The maximum storage of OnePlus 5T is 128 GB. There is no support for microSD card in any smartphone.

OnePlus 6 and OnePlus 5T run on Oxygen OS. This is the company’s custom Android ROM. OnePlus 5T was launched with OxygenOS 4.7, but now it has been upgraded to OxygenOS 5.1. This software will be available out of box in OnePlus 6. Both handsets run on Android 8.1 Oreo. There is no big difference in the software given in both the handsets. The company has definitely said that the OnePlus 6 has been further optimized.