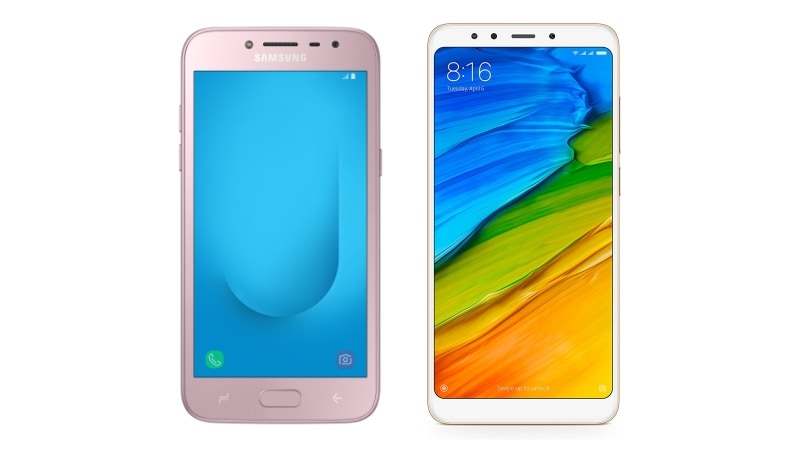 Samsung has suffered the most due to the aggressive strategy of Chinese companies in the Indian smartphone market. In such a situation, this South Korean company has no option but to launch new smartphones. to be seen Samsung Efforts should also be made to directly woo the budget and midrange segment customers. Because, Xiaomi is slowly becoming the most powerful company in this segment. Samsung suspects this too. For this reason, this company keeps on launching handsets in between. latest example is Samsung Galaxy J2 (2018), It is a budget smartphone whose key features include the Samsung Mall feature. Samsung Galaxy On7 Prime was launched with

The Samsung Galaxy J2 (2018) is priced at Rs 8,190. It has been informed that this handset has become available in Gold, Black and Pink colors from Friday. Samsung has partnered with Reliance Jio for launch offers. Jio subscribers have a chance to get instant cashback of Rs 2,750 on the purchase of Samsung Galaxy J2 (2018). Cashback amount will be credited to MyJio account. For this, recharge will have to be done with a plan of Rs 198 or Rs 299. Jio subscribers will also be given additional 10 GB 4G data every month. This facility will be available till the next 10 recharges.
Xiaomi Redmi 5 (read reviewThere are three variants of ) are available in the market. The variant with 2 GB RAM and 16 GB storage is priced at Rs 7,999. For Rs 8,999, a variant with 3 GB RAM and 32 GB storage will be available. The most powerful variant will come with 4 GB RAM and 64 GB storage and will cost Rs 10,999 to buy it.

Samsung Galaxy J2 (2018) flaunts a 5-inch QHD (540×960 pixels) resolution Super AMOLED display. The phone comes with a polycarbonate body. The Galaxy J2 (2018) with a thickness of 8.4mm is powered by a 1.4GHz quad-core Snapdragon processor. The phone has 2 GB RAM. Inbuilt storage is 16 GB and it is possible to use microSD card up to 256 GB if needed.

Talking about the camera, the Samsung Galaxy J2 (2018) has an 8-megapixel autofocus camera on the rear. There is a 5 megapixel sensor on the front for selfie and video chat. LED flash support is provided in both the cameras. 2600 mAh battery will work to bring life to the smartphone. Which has been claimed to get talk time of up to 18 hours.

At the same time, dual sim Xiaomi Redmi runs on MIUI 9. It has a 5.7-inch HD+ (720×1440 pixels) display with 18:9 aspect ratio, 282 pixels per inch density and eye protection mode. The smartphone is powered by an octa-core Qualcomm Snapdragon 450 processor with 1.8GHz clock speed and Adreno 506 GPU. Customers will have the option to choose from 2GB, 3GB and 4GB RAM.

There are three variants of Redmi 5

Redmi 5 has 12 megapixel rear camera which comes with 1.25 micron pixel sensor and flash. Whereas the phone has a 5 megapixel front camera with soft light flash module on the front. The front camera comes with Smart Beauty 3.0 and face recognition. There are also three variants according to the inbuilt storage – 16 GB, 32 GB and 64 GB. All three variants will come with microSD card support. Connectivity features include 4G VoLTE, Wi-Fi 802.11 b/g/n, Bluetooth v4.2, GPS/ A-GPS and 3.5mm audio jack.

Sensors like accelerometer, ambient light sensor, gyroscope and proximity sensor are part of the Redmi 5. The dimensions of the handset are 151.8×72.8×7.7mm and weighing 157 grams. It will be available in Black, Gold, Light Blue and Rose Gold colours.