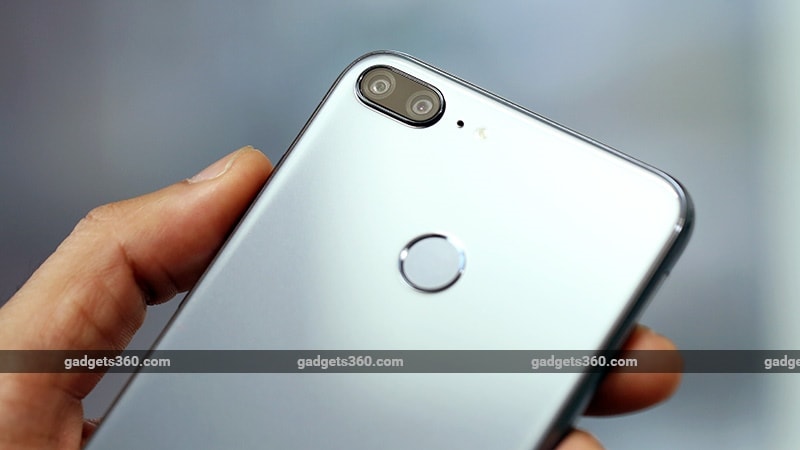 With the aim of providing the best phone at an affordable price, the Honor brand of Huawei has launched a new smartphone Honor 9 Lite in India. new Honor 9 Lite The handset is available for less than Rs 15,000. As of today, Xiaomi dominates this price range. It is worth noting that the company has priced around the same price. Honor 7X ,review) was also launched. If seen, this phone really was last year launch in may were done Honor 8 Lite ‘s upgrade. The most important feature of 9 Lite is the four cameras given in it, Honor 9i like. We got a chance to spend some time with Honor 9 Lite. Let us tell you how we liked this phone at first glance?
We liked one thing the most and you will also like it, the body of the phone is very compact. It is also lightweight, with only 149 grams, this phone will be lost in your pocket. Sometimes we realized it was not there. The reflective back panel is quite nice and reminded us of the Moto X4. However, the edges are made of plastic. Talking about the shortcomings, fingerprints fall easily on the back side. In such a situation, it will not be easy to keep this phone clean. It also slips in the hands at times. It doesn’t hurt to hold the phone in hand, but it slips easily.

Honor has used 18: 9 display for this model. You will get a 5.65-inch screen with full-HD + resolution. Its pixel density is 428 pixels per inch. The screen brightness is sufficient, this was the first thing that caught our eye. Colors are punchy and there are no complaints with the viewing angle either. The edges on the top and bottom of the screen are very thin, which gives the phone a great look. Sadly, you won’t find a USB Type-C port. It seems that Honor is making this port only a part of expensive handsets.

Most of the specifications of Honor 9 Lite are from other budget smartphones of the company. You will get Huawei’s Kirin 659 processor. There are two variants of this phone based on RAM and storage – 3GB / 32GB and 4GB / 64GB. Storage can also be increased. VoLTE support is also present in the phone along with 4G. The battery has also become smaller due to the smaller screen. You will get 3000 mAh battery, but Honor has claimed that you will get all day battery life in 9 Lite.

Now let’s talk about the most important feature of this phone. Honor has given a 2-megapixel depth sensor in Jugalbandi along with 13-megapixel sensors on the front and rear panels. That is, you will be able to enjoy the Bokeh effect from the front or rear camera setup. The rear camera is also equipped with phase detection auto focus for faster focusing. But this is a claim, it will be investigated only during the review. Honor 9 Lite smartphone runs on Honor’s custom skin EMUI 8.0 which is based on Android 8.0 Oreo.

Honor 7X and Honor 9i are good smartphones, but both the phones disappointed in camera and battery performance. In such a situation, it will be very interesting to see how well the battery of Honor 9 Lite plays, because its capacity is also less. Marketing-wise, four cameras are sure to grab your attention, but they’re not a guarantee of great photos. Despite this, we expect Honor to have improved compared to its old product and the performance will also be better. We will come soon with the review of Honor 9 Lite.