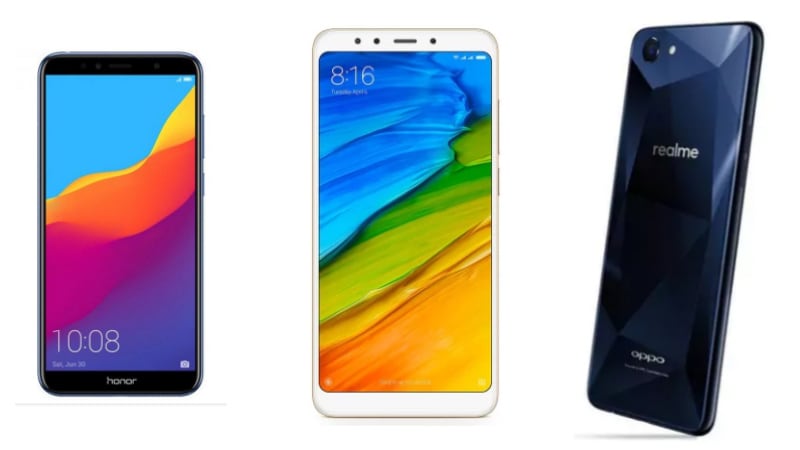 Smartphones under Rs 10,000 have their own niche in the market. This range is especially for those who do not have ‘too much’ expectations in a low budget but every feature phone of today’s era should be present. In today’s competitive era, companies like Xiaomi, Oppo, Vivo are giving direct competition to the legendary brand. One of the reasons for the success of these brands is to provide ‘expensive phones’ features in budget phones. From processor to battery, camera to performance, these brands have carved out a niche for themselves in India.

Xiaomi’s capture of the budget segment is a testament to the fact that the Indian market has a huge customer segment seeking ‘better in budget’. Display, design, battery and camera are all important aspects for this category. In such a situation, companies also do not want to disappoint these users. Smartphones are being launched in this price range one after the other, which are different from each other in many ways. People are choosing them on the basis of their own preferences and preferences.

Honor 7A vs Redmi 5 vs Realme 1 Price

The price of Honor 7A in India is Rs 8,999. It will be available exclusively on Flipkart from May 29 at 12 noon. The handset has been made available in Black, Blue and Gold colors. Talk about launch offers, these phones will come with a cashback of Rs 2,200 from Reliance Jio. Honor 7A users will also get 50 GB data. Now let’s talk about Xiaomi Redmi 5. Xiaomi Redmi 5 (read reviewThere are three variants of ) are available in the market. The variant with 2 GB RAM and 16 GB storage is priced at Rs 7,999. If the budget is a bit high, then the variant with 3 GB RAM and 32 GB storage is available for Rs 8,999.
However, the most powerful variant will come with 4 GB RAM and 64 GB storage and will cost Rs 10,999 to buy it. The price of 3 GB / 32 GB variant of Realme 1 is Rs 8,990. Keep in mind, we are comparing the initial variants of all three phones. A benefit of Rs 4,850 will be given with Jio. Also, Realme 1 can be bought with no interest EMI. The Realme 1 will come in Diamond Black, Moonlight Silver (this variant will arrive in June) and Solar Red colours.

Honor 7A vs Redmi 5 vs Realme 1 Specifications

Dual SIM Honor 7A runs on EMUI 8.0 based on Android 8.0 Oreo. It has a 5.7-inch HD+ (720×1440 pixels) IPS LCD display with 18:9 aspect ratio. The smartphone has 3 GB RAM with Qualcomm Snapdragon 430 processor. Honor has launched only one variant of Honor 7A in India. The 2 GB RAM variant has not been brought to the Indian market. In its place, 3 GB RAM variant has been brought in India which is equipped with dual rear camera setup. The primary sensor is 13 megapixels and the secondary sensor is 2 megapixels.

On the front panel there is an 8-megapixel sensor with F / 2.2 aperture. It comes with soft selfie light. The inbuilt storage of Honor 7A is 32 GB and it is possible to use microSD card up to 256 GB if needed. Connectivity features of Honor 7A include 4G VoLTE, Wi-Fi 802.11 b/g/n, Bluetooth 4.2, GPS/ A-GPS, Micro-USB and 3.5mm headphone jack. Accelerometer, ambient light sensor and proximity sensor are part of this handset. It has a fingerprint sensor on the rear panel and Face Unlock is also provided. The dimensions of Honor 7A are 152.4x73x7.8mm and weighing 150 grams. The battery is of 3000 mAh.

At the same time, dual sim Xiaomi Redmi 5 runs on MIUI 9. It has a 5.7-inch HD+ (720×1440 pixels) display with 18:9 aspect ratio, 282 pixels per inch density and eye protection mode. The smartphone is powered by an octa-core Qualcomm Snapdragon 450 processor with 1.8GHz clock speed and Adreno 506 GPU. Customers will have the option to choose from 2GB, 3GB and 4GB RAM. Redmi 5 has 12 megapixel rear camera which comes with 1.25 micron pixel sensor and flash. Whereas the phone has a 5 megapixel front camera with soft light flash module on the front. The front camera comes with Smart Beauty 3.0 and face recognition. There are also three variants according to the inbuilt storage – 16 GB, 32 GB and 64 GB.

All three variants will come with microSD card support. Connectivity features include 4G VoLTE, Wi-Fi 802.11 b/g/n, Bluetooth v4.2, GPS/ A-GPS and 3.5mm audio jack. Sensors like accelerometer, ambient light sensor, gyroscope and proximity sensor are part of the Redmi 5. The dimensions of the handset are 151.8×72.8×7.7mm and weighing 157 grams. It will be available in Black, Gold, Light Blue and Rose Gold colours. Talking about Realme 1, this smartphone runs on ColorOS 5.0 based on Android 8.1 Oreo. It has a 6-inch Full HD+ display. Screen to body ratio is 84.75%.

Works in Realme 1 Octa-core MediaTek Helio P60 processor, which has the highest clock speed of 2 GHz. The handset comes in 3 GB, 4 GB and 6 GB RAM variant options. Dual core AI specific chip has also been given in the handset. Realme 1 has a 13-megapixel rear camera, which comes with LED flash. The front camera is of 8 megapixels. The camera will be helped by the AI ​​Beauty 2.0 feature, which is claimed to give a better user experience. The smartphone has face unlock, fingerprint sensor is not given. In storage option, Realme 1 has come in 32 GB, 64 GB and 128 GB variants. It is possible to expand the storage with the help of microSD card. In terms of connectivity, Realme 1 supports Dual 4G VoLTE. Realme 1 has 3410 mAh battery. The total weight of the smartphone is 158 grams.

realme 1 Vs Honor Honor 7A Vs redmi 5