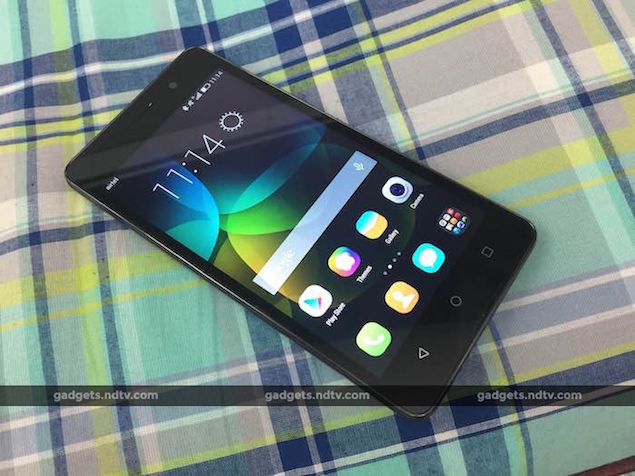 Like many Chinese companies, Huawei is also trying to make its mark in the budget segment smartphone. Honor Holly and Honor 4X smartphones from the Honor range tried to take on tough rivals. Huawei’s handsets are great devices in their own right, but many more handsets like the Asus Zenfone 5, Xiaomi Redmi 1S and Xiaomi Redmi Note 4G offer a much better value for money.

This year Huawei has come in the market with a new device, Honor 4C. Its price is a little less than Rs 9,000 and its specifications are also fine. We have reviewed this phone. We have tried to find out whether Huawei has managed to make the best budget device this time around or not.

look and design
When you pick up the Honor 4C, the first realization will be about its weight. Its weight is 162 grams, which is more than other smartphones available today. And this phone does not even have a high capacity battery, which makes the situation worse. Apart from this, the thickness is 8.8 millimeters, whichever is higher. Plastic has been used to make the Honor 4C, while the rear side has a textured design. It looks good, but the phone cannot be gripped well. It kept slipping out of our hands over and over again. There is a metal plate on the left side of the top of the rear cover, which has a cutout for the primary camera and flash. At the same time, there are machine-made holes for the loudspeaker in the lower part. Removing the rear cover reveals the battery, which cannot be taken out of the handset. Apart from this, there are three slots – one for microSD card and two for micro-SIM card.

The volume rocker and power button are located on the right side of the phone. The metal has been used for the power button, which can be recognized by touching. The Micro-USB port and microphone are placed at the bottom of the handset, while the top also houses a 3.5mm audio port. There are three capacitive buttons at the bottom of the screen to access the operating system in the phone, but they are not backlit. Above the display are the earpiece, front facing camera and LED indicator for notifications.

Specifications and software
Huawei has used its 1.2GHz octa-core Kirin 920 SoC in the handset and it is supported by 2GB of RAM. The inbuilt storage of Honor 4C is 8GB, which can be expanded up to 32GB via microSD card. The phone has a 13 megapixel primary camera, which is excellent and the handset also has a 5 megapixel front facing camera for selfie.

One disappointing thing about the Honor 4C is that it doesn’t support 4G networks. We believe this should be the default feature as LTE rollouts are happening very fast. Other connectivity features include Wi-Fi 802.11 b/g/n, Wi-Fi Direct, Bluetooth v4.0 and FM radio. Battery capacity is 2550mAh.

The 5-inch IPS panel has a resolution of 720×1280 with a pixel density of 294ppi. The screen is crisp and colors are natural, but it is dull even at the highest brightness. Viewing angles are also bad. It becomes a bit difficult to read anything on the screen in the sun.

The phone runs on Android 4.4.2 on top of which Huawei’s Emotion UI 3.0 skin has been used. It’s very disappointing that the phone doesn’t come with Android Lollipop out of the box. The skin doesn’t have an app drawer, so the homescreen looks stuffy due to apps. The UI looks sleek and is also smooth to use. Like the previous Honor devices, this handset has one-handed UI and suspended button features. Overall, the experience is good.

Performance and Camera
Huawei has done a great job of optimizing the performance of software and hardware. The pairing of octa-core SoC and 2GB RAM makes the phone run smoothly and we never had any problems. Some buyers of this handset have complained of overheating of the phone on various platforms, but we did not find it during the benchmarks and battery test. With this the high-end games went non-stop.

The phone got 24,139 and 6,435 points respectively in AnTuTu and GFXbench tests. Even though GFXbench has a low score, the AnTuTu score is very high compared to other phones in this price range. The phone scored 5,803 in the 3DMark Ice Storm test, which is once again higher than many other phones.

The phone did not have any problem playing all our video samples. We have always had a complaint about Honor’s phone, that is its sound quality. There is a very low sound from the speaker and earpiece. You will need a headset to enjoy music and videos. We did not face call drops and the connection remained intact even in network congested areas during our tests. During the video loop test, the phone lasted for 8 hours and 5 minutes before switching off, which is pretty good.

The 13-megapixel rear camera shoots fast. It takes very less time to focus and most importantly, take pictures with full detail. Natural colors give a very pleasant feeling to the eyes. We did not complain about any chromatic aberration and barrel distortion. We are very happy with the performance of the camera. Performance in low light is not great, but not bad either. The camera captures 1080p video, which was of decent quality. The 5 megapixel front camera can also capture pictures with good detail.

our decision
We believe that Huawei has presented a very good handset at this price point. Honor 4C has a good camera, it performs tasks fast and does not have useless software. It would have been nice if the Honor 4C weighed a little less and had better sound quality, but these are very minor problems. If it is not so important for you to get a 4G phone, then Honor 4C is a good option for Rs 8,999. You can buy Yu Yureka, Lenovo A6000 Plus and Lenovo A7000 in this price range.