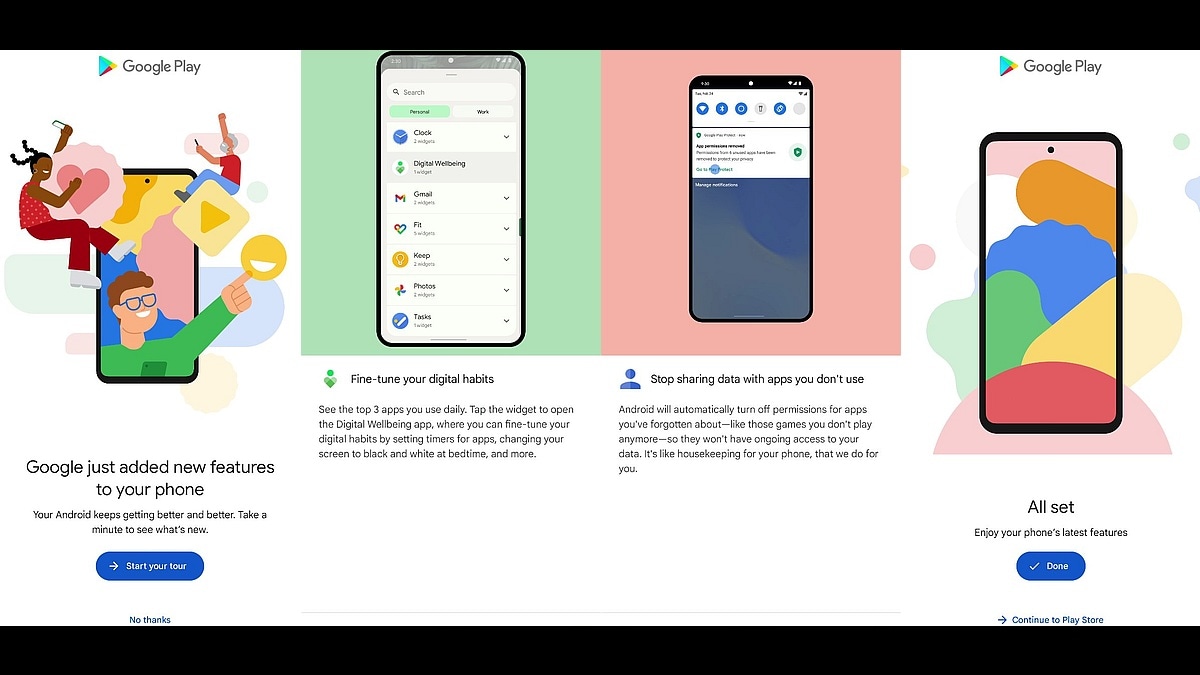 Google introduces quarterly updates for its Pixel owners in the form of Feature Drop. These updates bring in new features and and offer an improved experience for the users without the wait for a new Android version to rollout. The Pixel’s future Feature Drops, with its latest update in March 2022, will not only bring new features but will also notify users about the changes, a report claims. Google’s constant efforts to enhance the user experience will keep users updated about all new changes introduced in Pixel Feature Drops every three months.

The news was first reported on Twitter by Esperdev’s Mishaal Rahman, who also shared screenshots to claim how Google plans to alert its users going forward. Google’s tour to its users will include a glimpse of all latest features added to Google’s suite of Android apps.

While the service hasn’t rolled out globally yet, the screenshots shared by Rahman presents a quick tour of how Google plans to ensure the introduction of new updates with every Pixel Feature Drop. Users will be able to view the updates when they make the first access to Play Store soon after the update takes place.

However, a lot of Twitter users commented on the tweet to mention that this feature has existed for quite some time now. Sharing a screenshot of such claims, a user claimed to have first received such update on January 30 this year, soon after emoji hub introduced new icons for dog lovers and gift givers. While some users may have spotted these cards already, there has been no clarification on when the feature will roll out for all the existing users. It is expected to be introduced along with the next major Play Services upgrade.

Interestingly, Google also provides the option to skip through these cards if the user is not keen to read about the latest features. In its March’s Pixel Feature Drop, Google updated night sight in Snapchat, live captions for calls, live translate and brought improvements to the recorder app, widgets, custom text stickers, and also added new wallpapers.