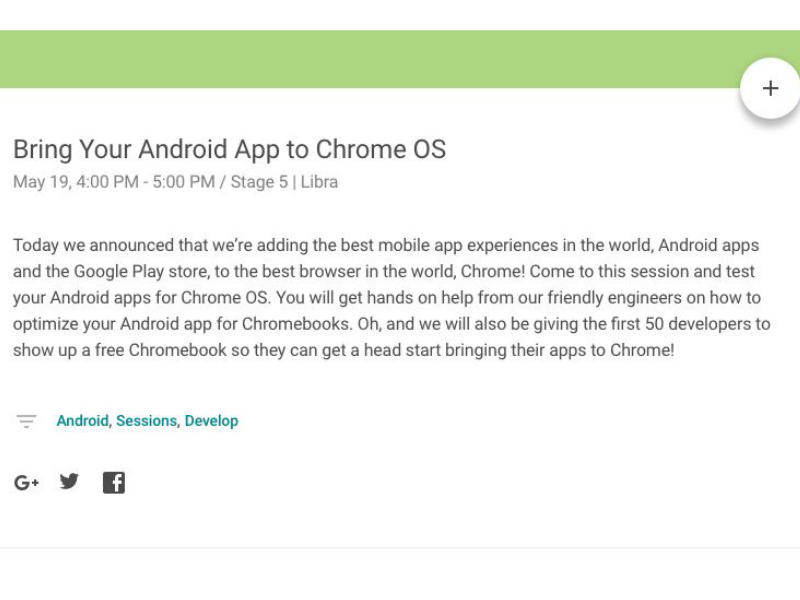 Google’s annual developer conference is on and on the very first day, information has been given about many fun products. It was told in a session of Google IO that Android app and Play Store support will now be available in Google Chrome OS.

The information disclosed in this session clearly indicates that Google will conduct a session in which all developers will be able to test apps on Chrome OS. In April, some Chrome OS V51 users saw a pop-up window indicating Android app support and Google Play access. There was also information that Google may make an official announcement soon.

Now, the information found in Google IO proves these claims to be true. This information was first shared by 9 to 5 Google on the Google IO website. saw Was. “Today we announce that we’re adding the best mobile app experience in the world, Chrome, the world’s best browser, now with Android apps and Google Play Store support,” it said. Take part in this session and test your Android app on Chrome OS. Our engineers will be on hand to assist you quickly as you test the Android app on your Chromebook. In addition, we will also give the first 50 developers a free Chromebook so that they can run their apps in Chrome. ,

The information has since been updated and has now been deleted. But it is expected to be officially announced by Google soon. So far Google has introduced two new apps allo and duo have also been launched. Both these apps have been launched for Android and iOS users. Equipped with unique features, both these apps will be launched soon in the coming time. Apart from this, the search engine giant Google also introduced Google Home (a voice based home activation device). google assistant And the Daydream VR system has also been introduced in Google IO.