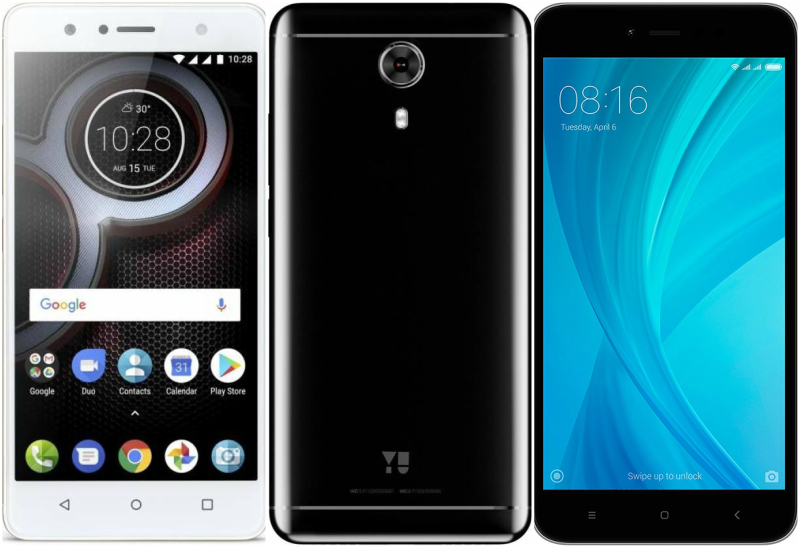 Most smartphones are launched in the smartphone category under Rs 10,000. The market is full of budget handsets and most of the smartphones in this category do not come with any specific feature. In budget phones, companies take care that it becomes an all-rounder and overall performance is good. Because the emphasis on one feature increases the price. And at this price, customers are satisfied only when they get a good battery, better performance and an improvised camera. Often you and I decide our budget before buying a smartphone, but the options are so many that it is difficult to choose a phone in terms of ‘value for money’.

Where the specifications of some smartphones seem excellent on paper but their performance remains average. To make it easier for you, we have compiled a list of smartphones under Rs 10,000. Let us tell you that we have included only those smartphones in this list which we have reviewed. And whose performance can be called good on the basis of reviews. Let us know about some such smartphones that came in 2017 which cost Rs 10,000 or less.

Lenovo K8 Plus
The specialty of the smartphone is the dual rear camera, 4000 mAh battery and stock Android experience. Lenovo K8 Plus has a 5.2-inch full-HD display. Lenovo has used MediaTek Helio P25 octa-core processor with 2.5GHz clock speed. Lenovo K8 Plus It has 4 GB RAM. Storage is 32 GB and you will be able to use microSD card up to 128 GB. Two rear cameras have been given in the phone. One camera is 13 megapixels and the other is 5 megapixels. The phone has an 8 megapixel front camera.

Lenovo wants to gain popularity by opting for stock Android and achieving a balance between features and prices. our review As per reports, Lenovo K8 Plus is a capable handset and performs well in daily use. Battery life is strong. You will be able to use it for more than a day without charging. There is enough storage for the common user. The good thing is that you will get a separate slot for microSD card, no need to compromise with another SIM card. Apart from this, the feature with two rear cameras is attracting the attention of customers in today’s date. Camera performance could be better in landscape mode, but it should also be remembered that this is a budget phone. If stock Android experience and good battery life are your priority then Lenovo K8 Plus is a good option.

Xiaomi Redmi Y1
Xiaomi’s first selfie phone Redmi Y1 has grabbed the top spot in the list under Rs 10,000. The specialty of the phone is the 16-megapixel selfie camera given in the smartphone, which comes with front flash and real-time beautification. Xiaomi Redmi Y1 It has a 5.5 inch HD display. It has the protection of Corning Gorilla Glass. Octa-core Qualcomm Snapdragon 435 processor has been used in the phone. The phone has 3 GB RAM and 32 GB inbuilt storage. It is possible to use a microSD card up to 128 GB if needed. The good news is that in this Redmi Y series phone, the company has given a separate slot for microSD card. This out of box will run on MIUI 9 based on Android Nougat. Xiaomi Redmi Y1 has a 13 megapixel rear camera which is equipped with PDAF. The battery is of 3080 mAh.

If seen, Redmi Y1 is the first attempt by Xiaomi to make a selfie-centric phone. The hardware is reliable and fully capable of most of the tasks. The MIUI 9 is quite smooth and users will soon get used to it. Camera performance is good in daylight, but average in low light. Talking about selfies, the flash proves to be helpful and the Beautify mode also works to some extent. But the output is not always good. our review The smartphone received a rating of 7 out of 10 in India. And battery life and software got 8 ratings. The price of 3 GB RAM and 32 GB variants of Redmi Y1 is Rs 10,000 and it is a good option.

u eureka black
u eureka black It flaunts a 5-inch Full HD (1080×1920 pixels) IPS display with 2.5D Corning Gorilla Glass 3 on top. The smartphone is powered by 1.4 GHz octa-core Qualcomm Snapdragon 430 processor. RAM is 4 GB. The handset has 32 GB of inbuilt storage which can be expanded up to 64 GB via microSD card. The Eureka Black sports a 13-megapixel camera with dual LED flash. A 13-megapixel camera has been given for selfie and video chat. The fingerprint scanner is integrated into the home button of this smartphone. The Yu Yureka Black handset packs a 3000mAh non-removable battery.

The past one year was an oblivion for the Yu Televentures brand. But the company bounced back. Yu Yureka Black is the best option for this price range. The display disappoints a bit, but it justifies its price in the rest of the department. This is also an all round handset. The Yu Yureka Black looks good and has a good battery life. If you are looking for a phone that is built for everything, then this is a great option in the price range of Rs 10,000.

asus zenfone 3s max
It comes with fingerprint scanner and 5000 mAh battery. Regarding the battery, the company has claimed that it will last for three days in normal use. It comes with the feature of reverse charging, which means that the phone will also work as a power bank. The smartphone has a 5.2-inch HD (720×1280 pixels) display. The handset is powered by 1.5GHz MediaTek MT6750 octa-core processor with 3GB RAM and 32GB storage. Users will be able to use microSD card up to 2 TB in the handset. The Zenfone 3S Max packs a 13-megapixel rear camera with f/2.0 aperture, 5P large lens, and dual-LED real-tone flash. Its front camera sensor is 8 megapixels.

Launched at Rs 14,999 asus zenfone 3s max Now it can be bought on Flipkart for Rs.8,999. The only special feature in the phone is the big battery, but its performance is not very good.

coolpad note 5 lite
coolpad note 5 lite Cool UI 8.0 based on Android 6.0 Marshmallow. It has a 5-inch HD (720×1280 pixels) 2.5D curved glass IPS display. It is powered by 1GHz quad-core MediaTek MT6735CP chipset with 3GB RAM. Mali 720 GPU is integrated for graphics. The handset has a 13-megapixel rear camera with dual LED flash. On the front panel, there is an 8-megapixel sensor with LED flash. At the same time, the fingerprint sensor is present on the back side. The inbuilt storage is 16 GB and you can use microSD card up to 64 GB if needed. The phone has 2500 mAh battery.

Coolpad Note 5 Lite is in a price segment where a new smartphone enters every week. There are high expectations from the phone and it looks like a good option compared to some other big brand phones. Some things are very good in the phone. The build quality of Note 5 Lite is good. There is 3 GB RAM and a fingerprint scanner. The only drawback in the phone is the MediaTek processor, which makes the phone slow. ,read review,

other options
Well, a phone under Rs 10,000 is something we spent time with at the launch event and we liked it too. We are talking Moto C Plus Of. The specifications of both the phones are good and the price of Moto C Plus is also tempting. The Nokia 3 is also fully capable of being a part of this list. But according to the rating, we gave this phone only 10 to 6.