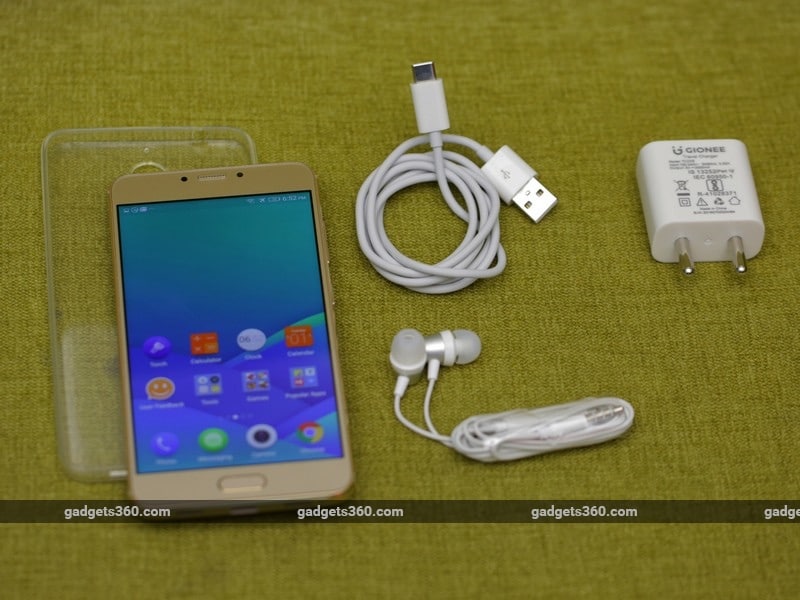 Gionee has introduced its new smartphone S6 Pro in India. The company has Gionee The S6 handset was introduced in India in February. Since then, she has been offering different variants of this phone. we recently review of s6s Which is the selfie centric version of the S6. The new S6 Pro smartphone has also been made for selfie lovers, but its specifications are more powerful.

Gionee S6 And Gionee S6S Very average product. Their battery life and build quality are just good. Their prices were a little over Rs 15,000. So we were not keeping too many expectations. However, the S6 Pro is priced at Rs 23,999. like this Gionee 6s Pro direct encounter of Xiaomi Mi 5 ,review, moto z play ,review, HTC One A9 And Asus Zenfone 3 (ZE520KL) is from. Does the S6 Pro justify its price? Let’s know.

Gionee S6 Pro Design and Build
The design profile of the new model is very similar to that of the Gionee S6, except for a lot of changes. The design of the edges is eye-catching. According to Gionee, the chassis of the S6 Pro is metal, due to which it looks premium and strong. The phone is slim and doesn’t feel too heavy. The fit and finishing is good on most occasions, except for the home button, which has a slightly rough edge.

The display has suitable lighting for use outdoors. The resolution is also fine for sharp images and text. It has a 5.5-inch full-HD IPS panel with Gorilla Glass 3 protection. There are two capacitive buttons but there is no backlighting in them. You will also find a notification LED along with the front camera at the top of the phone. The hybrid dual-SIM tray is present on the left side while the power and volume buttons are on the right. The headphone socket is at the top and the USB Type-C port is at the bottom. A mono speaker has been given in this phone.

There is a 13-megapixel camera on the back panel along with a single LED flash. The fingerprint sensor is integrated into the home button. Instead of writing the IMEI number on the metal frame, Gionee has used a simple sticker which is prying eyes.

The S6 Pro comes with a 10W wall adapter, USB cable, headset, screen guard and silicone case. The quality of the accessory is good and they seem to be durable. The texture is good and due to the slim profile, it will not be a problem to use it with one hand. The phone does occasionally slip out of hands, but we wouldn’t call it bad.

Gionee S6 Pro Specifications and Features
The octa-core MediaTek Helio P10 chipset has been used in the phone, which is more powerful than the commonly used MT6753 chipset. You will get 64 GB of storage with 4 GB of RAM. You will be able to expand the storage up to 128 GB via microSD card.

Other specifications of the Gionee S6 Pro will include Bluetooth 4.0, Wi-Fi b/g/n, GPS, FM radio and USB OTG. Looking at the Pro version, we expected Wi-Fi 802.11ac and NFC to be given. But it is not available. This phone supports Voice over LTE with 4G LTE.

Like the S6S, the S6 Pro will run on Gionee’s Amigo 3.2 user interface based on Android Marshmallow. This is not our favorite version. It is a one layer UI.

You will find the edge bar in the Settings app. This is a vertical list of app shortcuts that can be accessed by swiping left or right on the home button. You can add 6 shortcuts here. With the split screen feature, you will also be able to reply to incoming messages while watching a video. For this you will not even have to close the video player.

Being Amigo UI, you will get many apps pre-installed. You will also be able to remove all third parties. But it will not be possible to do this with Gionee’s app.

The phone has Gionee’s own VR Launcher app that works with most Google Cardboard VR headsets. We tried using it with the OnePlus Loop VR headset. It ran without any trouble.

Gionee S6 Pro Performance
Despite the heavy skin, the general performance is good. We never felt it slow down while switching between apps and playing system animations. The sides of the phone get a little hot while using the camera. Sometimes the whole body of the phone also gets hot. But this problem did not happen again and again. GPU performance was a bit weak. The fingerprint sensor works fine to unlock the device.

The S6 Pro does well in media playback. Videos with higher bitrates played fine. Audio quality is also very good. However, the speaker is a bit weak and the sound isn’t very loud at high volumes. The stock audio and video player separates your media files well. You’ll also get DTS Audio Boost.

The lack of PDAF or laser autofocus on the 13-megapixel primary camera means that it is a bit difficult to capture sharp and no-blur photos. The time taken to focus could have been a little less. It focuses even more slowly in low light. The lack of detail and color is evident in landscape shots, we encountered this problem even in daylight. These pictures do not look bad when viewed on the phone’s display, but the lack is clearly exposed on the big screen. We could clearly see the lack of detail in the macro shot. Photos taken in low light are worse than average. They lack detail and have too much noise.

Gionee has made tall claims about the screen flash feature in the handset for selfies. But the reality is that let alone group selfies, it just isn’t fully capable of shining a light on your face. The front camera of 8 megapixels is not very special. The good thing is that the camera interface is easy to use. With this you get many options. You have Pro, Slow Motion and Panorama shooting modes. Video recording capability is 1080 pixels. Its quality is average. We think the camera could have been better.

The 3130 mAh battery lasted 10 hours 13 minutes in the video loop test, which would be called good. In normal use, we were able to run the phone for more than a day without charging. You will not get fast charging, but the charger that comes with the phone fully charges the battery in about two hours.

our decision
The expensive smartphones in the mid-range segment are generally good all-round handsets. These devices are not made keeping in mind the budget, so the company tries to give great performance in one or two departments. And the customer remains happy with the satisfactory performance in the rest of the department. Gionee’s older S6 models have been excellent in battery life and build quality, but they didn’t have anything to miss in the rest of the department. Sadly, nothing has changed on the S6 Pro either.

Apart from the build quality, battery life and display, there is nothing in this phone that makes you choose it over a similarly priced smartphone from Lenovo, Xiaomi, Asus or HTC. Cameras are the weak link. Selfie camera with primary gives average performance in all types of light. The phone gets a bit hot while using the camera. Gionee has not provided features like Wi-Fi 802.11 ac, NFC, backlit capacitive buttons and fast charging. We cannot recommend you to buy this phone.