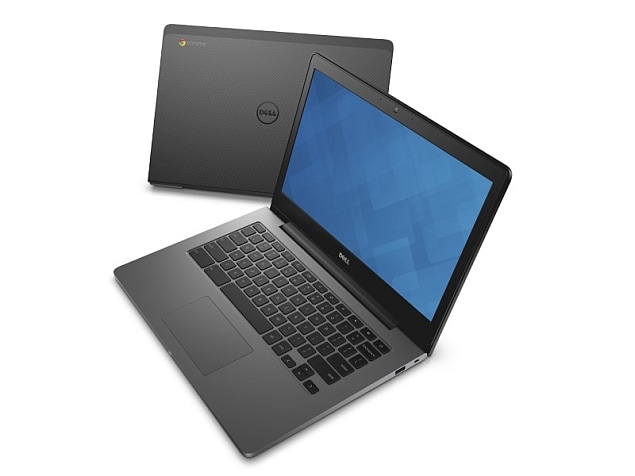 Google’s latest Chromebook laptop is being designed keeping in mind the corporate customers. The company is trying to entice more and more people using Microsoft’s Windows software towards Chromebook.

The Chromebook laptops introduced on Thursday are made by Dell and will go on sale on September 17. The price of the device will be between $400 to $900 (approximately Rs 26,000 to Rs 58,500). These devices cost more than the previously launched Chromebooks, which start at $150 (Rs 9,750). Google had partnered with Hisense and Haier for affordable devices.

Laptops have managed to make their way into the classroom due to cheap Chromebooks, but they haven’t reached the office.

Google is trying to gain corporate customers through the new Dell Chromebook 13. More apps can be accessed on these devices than with older Chromebooks. These laptops have more controls for corporate administrators to set access rules for their workers.

Apple has also been trying to increase its corporate sales of its iPad tablet. For this, the company hired technology specialist IBM Corp. a year ago. And has also tied up with Office App Makers. At the same time, Microsoft hopes that it will be able to maintain its supremacy through the recently released Windows 10.

It is worth noting that for more than a decade, companies making Windows machines have been working with Google since 2011 to make lightweight laptops running on the Chrome operating system. Dell’s new Chromebook laptops have become part of Google’s high-end business-focused devices including the Asus Chromebook Flip and Chromebook Pixel.