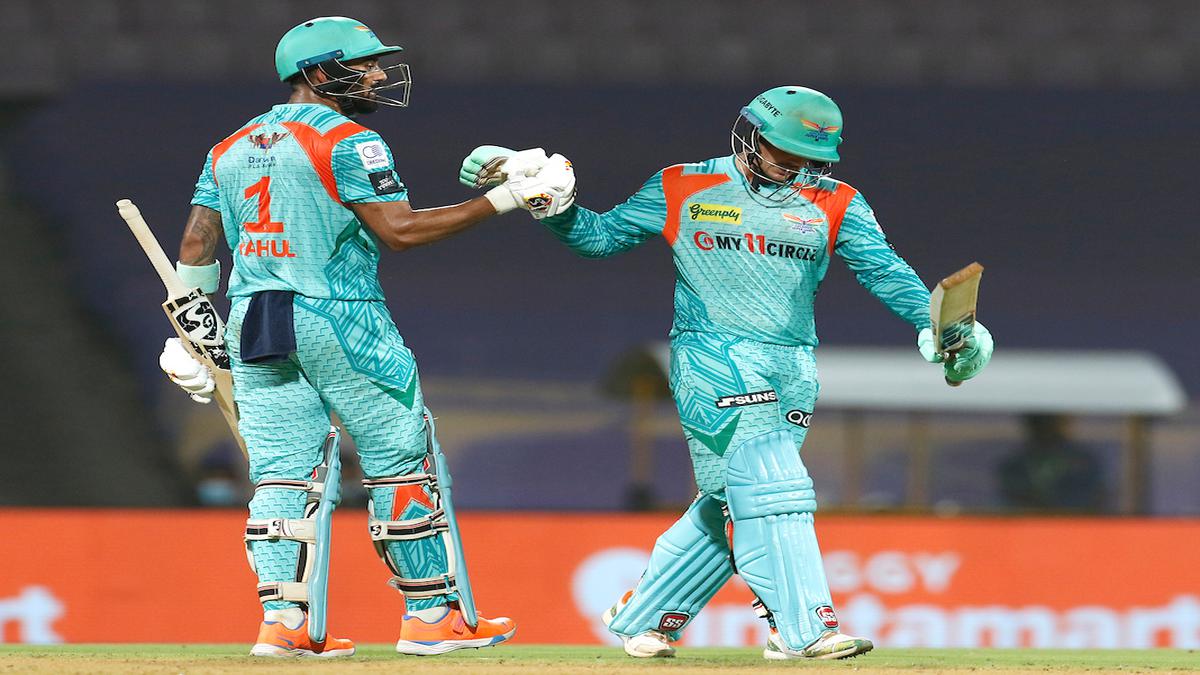 KL Rahul and Quinton de Kock of the Lucknow Super Giants put on the highest opening partnership in the history of the Indian Premier League (IPL) with an unbeaten 210-run stand against the Kolkata Knight Riders (KKR) at the DY Patil Stadium in Navi Mumbai on Wednesday.

The duo went past Jonny Bairstow and David Warner’s 185-run stand for Sunrisers Hyderabad’s (SRH) against Royal Challengers Bangalore (RCB) in 2019. Warner and Bairstow had eclipsed the unbroken 184-run partnership between KKR’s Gautam Gambhir and Chris Lynn against now-defunct Gujarat Lions (GL) in 2017.

Earlier this season, Chennai Super Kings’ Ruturaj Gaikwad and Devon Conway came close to shattering the record, registering a 182-run stand for the first wicket against SRH. T. Natarajan provided Hyderabad the breakthrough with the wicket of Gaikwad in the 18th over.

This is also the highest partnership for any wicket against KKR, followed by the unbeaten 167 by Mumbai Indians’ Rohit Sharma and Herschelle Gibbs for the second wicket in 2012.