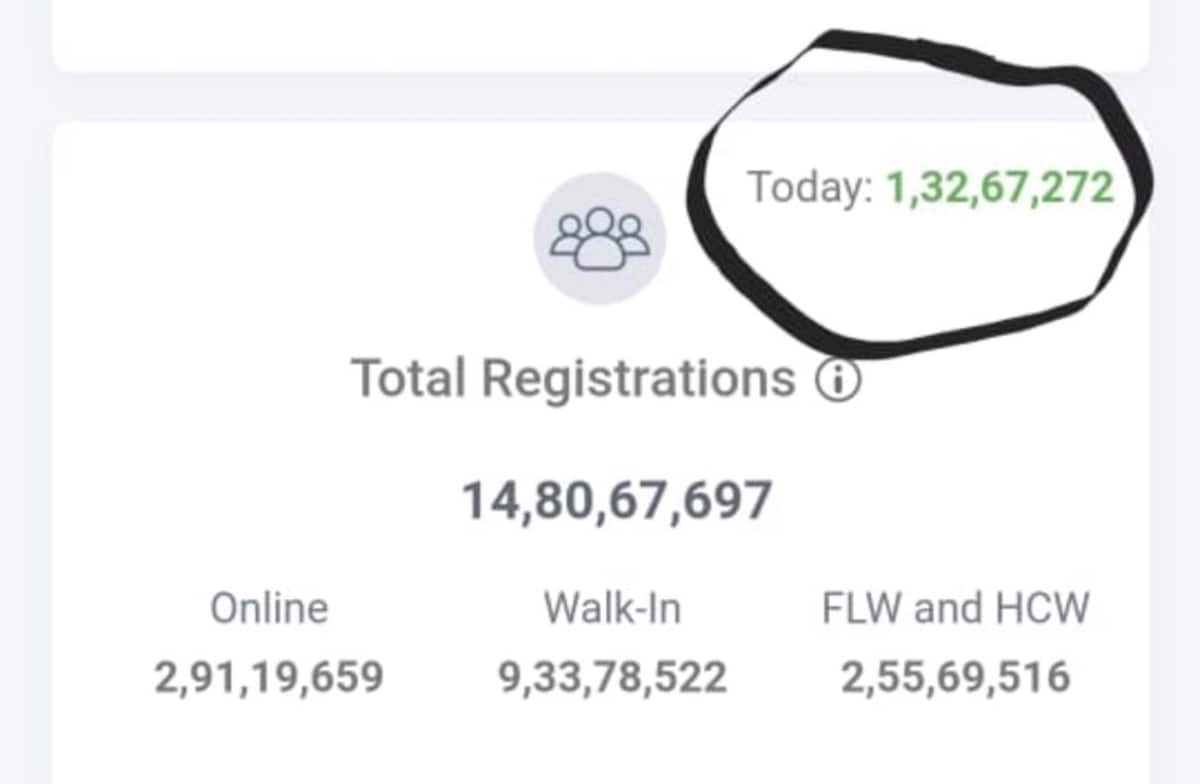 The process of corona virus vaccination registration for citizens of 18 years and above has been started from Wednesday evening, 28 April. The process of registration has been started through the Cowin portal at 4 pm on Wednesday, the server also crashed due to a large number of users accessing the website simultaneously. But despite this, 1.32 crore people registered themselves for Kovid-19 vaccination on the first day. Around 35 lakh people registered themselves within an hour of the launch of the Cowin.gov.in portal. The Center says that for people in the age group of 18 to 44 years, vaccination appointments will be scheduled only when their state governments and private vaccination centers start the session. The process of vaccination has started in India from January 1, which was earlier organized for health and front line workers. The second phase started from March 1, allowing vaccination of people above 45 years of age.

All citizens above 18 years of age in India will be eligible for the COVID-19 vaccine from May 1. Process of registration through CoWIN portal 28 April Wednesday at 4 pm Start done. At the same time, now the government has announced through the official Aarogya Setu account that on the first day more than 1.32 crore people have registered themselves for the process of vaccination. However, during this time there was some technical blockage on the website due to which the website crash Due to which the website was handling more than 50,000 API (Application Programming Interface) calls per second. Also by Aarogya Setu Handle Tweet It has been done that for people above 18 years of age http://cowin.gov.in. Within an hour of its launch, more than 35 lakh people registered themselves.

If you are an eligible candidate for the Vaccination, your registration To get it done, you have to go to the CoWIN portal, Aarogya Setu app or Umang app. After this you can register yourself by entering your phone number and OTP. The government will ask for your valid ID proof, it can be your driving license, pan card, passport, aadhaar card, anything.