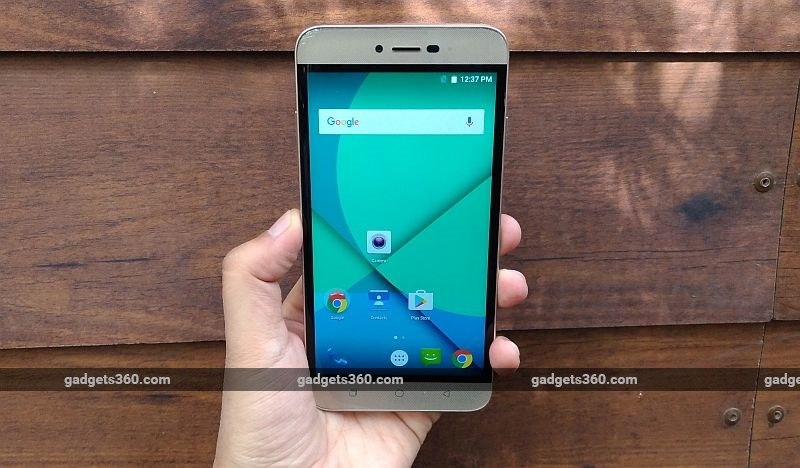 Chinese company Coolpad has launched its new smartphones Coolpad Mega 3 and Coolpad Note 3S in India. launch have done. coolpad note 3 , note 3 lite ,review, note 3 plus ,review, Note 5 And Mega 2.5D ,review) After the launch, the company’s focus is still on the budget segment. of both smartphones Coolpad Mega 3 Equipped with more unique features as it can use three SIM cards simultaneously. Whereas coolpad note 3s It is an upgraded variant of the previous Coolpad Note 3.

The first question that came to our mind about the Coolpad Mega 3 is whether there is a demand for a three SIM smartphone among the users? Speaking at the event, a Coolpad spokesperson said on the strategy to deliver this feature, that the mobile operators are now rolling out new offers every month for the customers. And with devices like the Coolpad Mega 3, users will be able to fulfill their needs in a single phone. Simultaneously, Syed Tajuddin, CEO, Coolpad India said that with the Coolpad Mega 3 users will be able to use different operators for better connectivity.

Notably, the Coolpad Mega 3 isn’t the only smartphone that supports three SIMs. Earlier Acer Liquid X2 and LG Optimus L11 II Tri has also been launched with the same feature. But these phones have not yet been launched in India.

It will be interesting to see how well the customers like the Coolpad Mega 3 and its 3-SIM feature. Because when it comes to choosing an operator for voice calls and messages, dual SIM devices are also confused. On the other hand, dual SIM has been given as an essential feature in most of the Android smartphones for the past several years. The special thing is that the Coolpad Mega 3 has a microSD card slot in addition to three SIM card slots. When compared to smartphones that come with a hybrid SIM slot (two SIM cards or one SIM card and one microSD card slot), Coolpad has definitely tried something different with this feature.

Apart from this unique feature, the Coolpad Mega 3 smartphone is similar to a phone with a simple design. The phone flaunts a 5.5-inch HD (720×1080 pixels) IPS display with a density of 269 ppi. The screen of the Coolpad Mega 3 can be used clearly even in daylight and the text looks crisp. We found the display dull even with maximum brightness but viewing angles were good. At 8.3mm thick, the Coolpad Mega 3 isn’t the thinnest phone ever. And weighing 170 grams, we found it a bit heavy. The Coolpad Mega 3 is easy to operate with one hand and we were able to move the phone from top to bottom with our thumb.

There is a volume rocker button on the right side of the phone while the power button is given on the left side. Buttons work well. The Coolpad Mega 3’s rear is made of plastic and one can remove the battery, three SIM slots and a microSD card slot.

The Coolpad Mega 3 runs on Android 6.0 Marshmallow with the company’s Cooleye skin on top. There is no app drawer in the UI which means all the app icons will be found on the homescreen. The units we got of the Coolpad Mega 3 didn’t have many preloaded games. This phone has a 3050 mAh battery and it supports 4G VoLTE which means that Reliance Jio network will work on it.

In the time we spent with the Coolpad Mega 3, we found the phone to have good touch response and speedy multitasking. This phone is powered by 1.25 GHz quad-core MediaTek MT6737 processor and 2 GB RAM. The Mega 3 smartphone packs 16GB of inbuilt storage that can be expanded up to 64GB via microSD card.

Coolpad Mega 3 has 8 megapixel rear and front camera. Both cameras come with aperture F / 2.2. We noticed that the camera app on the Mega 3 worked fast and it launched without any delay. We found the pictures taken in daylight to be great. The color production was good in these but the detailing was lacking. Photos taken with the front camera of the Coolpad Mega 3 were also decent. Stay tuned with us for a detailed review of this smartphone.

Now let’s talk about Coolpad Note 3S. The design of this smartphone is also similar to Coolpad Note 3. The entire look is plain and the front is occupied by the display. There is a fingerprint sensor on the rear. At 8.6mm thick, the Coolpad Note 3S is thinner than its previous smartphone which was 9.3mm thick. But it is heavier than the 155 grams Coolpad Note 3 and weighs 167 grams.

The Coolpad Note 3S sports a 5.5-inch HD (720×1080 pixels) IPS display just like the Note 3. However, the company has also given 2.5D glass in the new Note 3S. The display is bright and the color reproduction is also good. Coolpad Note 3S runs on Android 6.0 Marshmallow with Coolua 8.0 skin on top. The skin looks well customized and features tons of new icon sets.

Octa-core Qualcomm Snapdragon 415 processor has been given in Coolpad Note 3s. The phone has 3 GB RAM. We noticed that the apps launch faster in the phone and the touch also gives good response. The Note 3S smartphone has 32GB of inbuilt storage and it can be expanded up to 32GB via microSD card.
To give power to the Coolpad Note 3S, 2500 mAh battery has been given. The company claims that this will provide up to 200 hours of standby time. However, we were disappointed with the decision to reduce the battery capacity of the Note 3S. Whereas in Coolpad Note 3, a bigger battery of 3000 mAh was given.

last thoughts
Coolpad Mega 3 and Coolpad Note 3S are priced at Rs 6,999 and Rs 9,999 respectively. The sale of both these variants will start from December 7 and these phones will be available exclusively on Amazon India. Now it has to be seen how much people like Coolpad Mega 3 with three sms in India. Coolpad Note 3 is an upgraded variant of the popular Note family. Both the new smartphones have a tough competition already in the market. moto e3 power, xiaomi redmi 3s And it will be available from other smartphone of the same price.